The state-of-the-art multispecies finfish hatchery established in 1995-96 in order to develop seed production technologies of candidate finfish species for brackishwater aquaculture. The multispecies finfish hatchery is with the facilities such as broodstock fish holding tanks, maturation and spawning tanks, incubation and hatching tanks, live feed facilities, broodstock fish holding ponds, hatchery discharge water treatment tanks etc. This is the first marine finfish hatchery in India with Recirculating Aquaculture System (RAS) facilities. In July 1997 ICAR-CIBA made a breakthrough in the successful captive breeding of Asian seabass (Lates calcarifer) for the first time in India followed by the year round seed production technology with RAS in 2006-07. The seabass seeds produced in the hatchery are distributed to farmers all around the country for the past two decades to popularize the Asian seabass farming in India. In 2016 another important brackishwater candidate species, a herbivorous finfish species, milk fish (Chanos chanos) was successfully bred under captivity. The hatchery produced milk fish seed is being distributed to the farmers for the past 5 years. In the subsequent years, important brackishwater species like grey mullet (Mugil cephalus), mangrove red snapper (Lutjanus argentimaculatus), brackishwater ornamental species like spotted scat (Scatophagus argus), silver moony (Monodactylus argenteus), pearl spot (Etroplus suratensis) etc. were successfully bred under captivity and seeds are being distributed to the farmers. This unique facility established at MES of ICAR-CIBA is considered as one of the national facility in India where farmers, students, entrepreneurs, academicians and technicians can get hands-on exposure on seed production and farming technology on brackishwater aquaculture. The importance of this multispecies finfish hatchery is magnified as the species diversification is the need of the hour in Indian aquaculture. 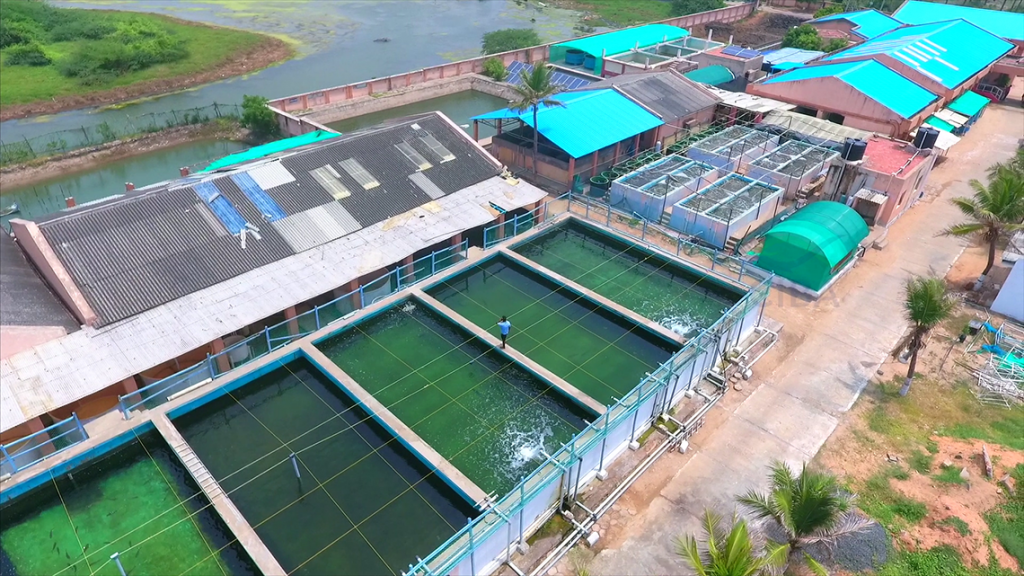 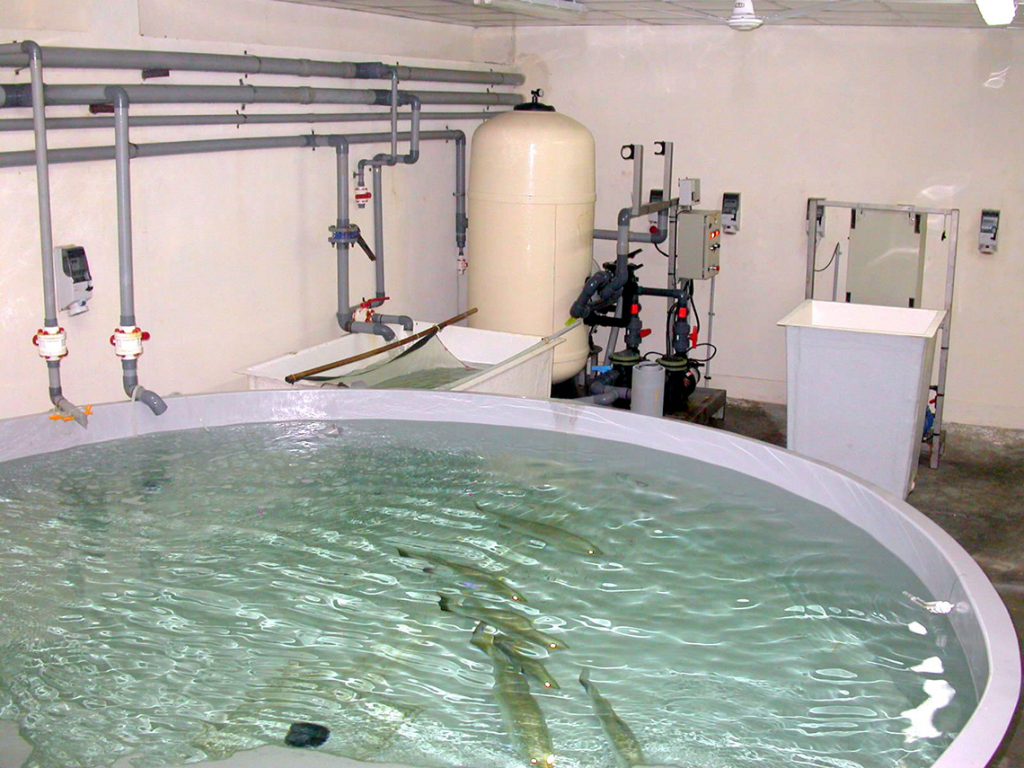 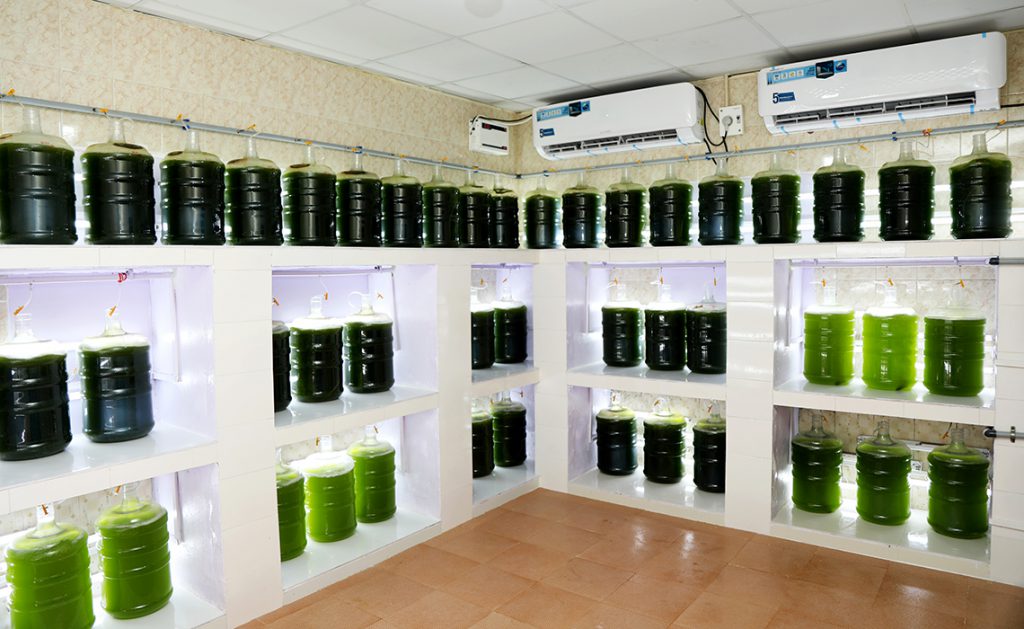 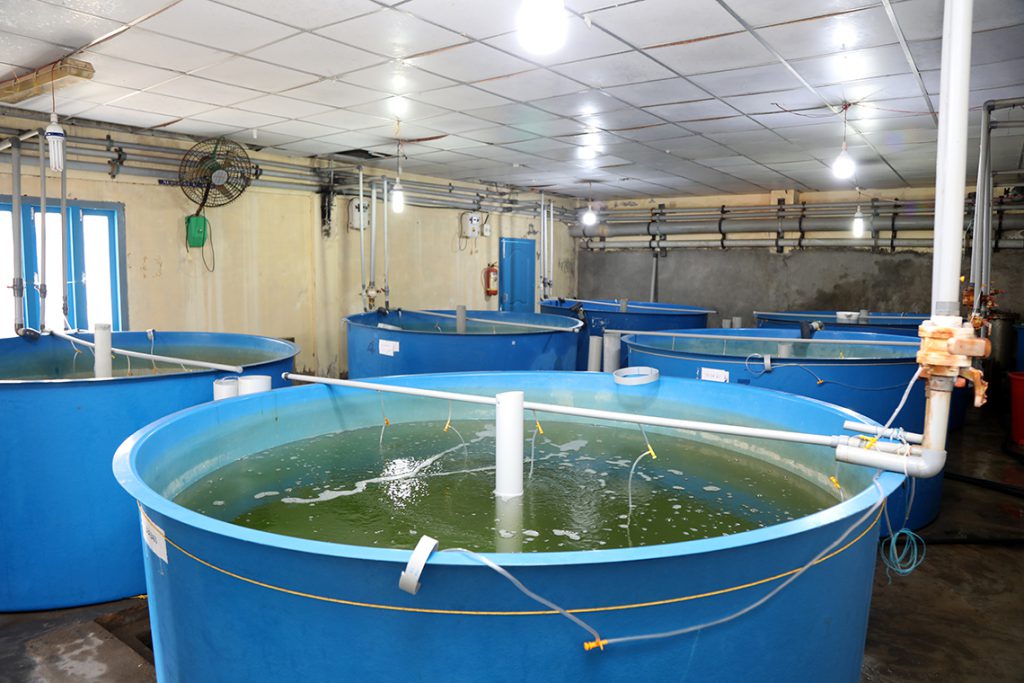 An experimental shrimp hatchery with annual capacity of 10 million post larvae was established in Muttukadu experimental station in 1996. Since the inception of this facility the major focus of research was to generate, verify and promote technologies to ensure sustainable production of quality seed stock for penaeid shrimps. Initially the priority species was tiger shrimp, Penaeus monodon. Recently we have been focusing on domestication and developing tools for selective breeding programs of native Indian white shrimp, Penaeus indicus. Additionally, verification and testing of seed production technologies for lesser known penaeid shrimps, for example, P. japonicus, P. merguiensis and Metapenaeus spp, which have niche market in the sea food economy, are carried out. 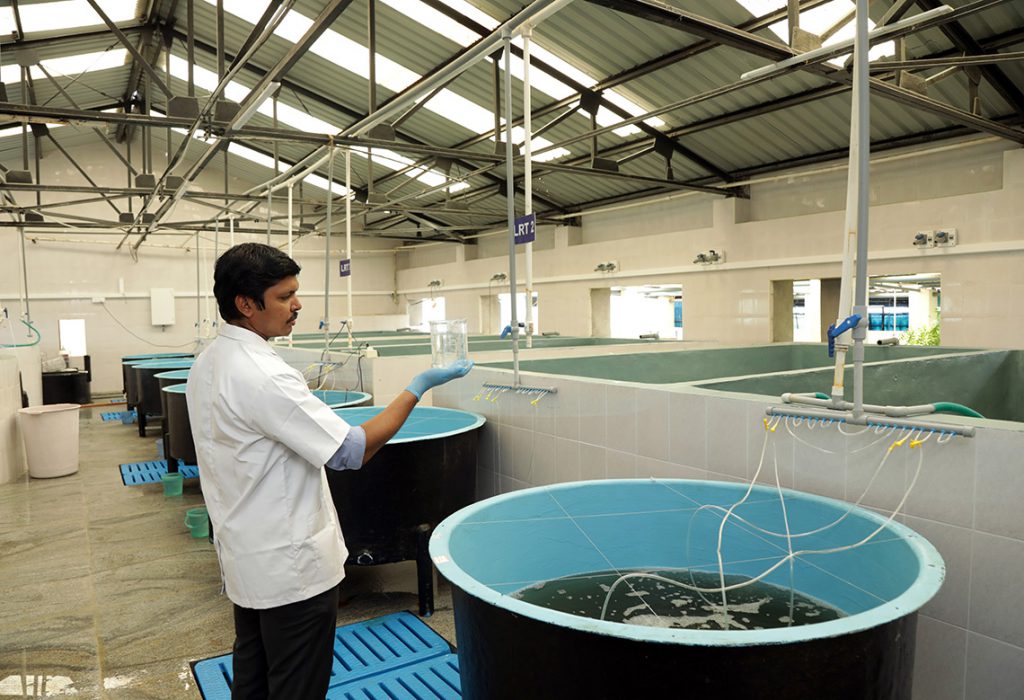 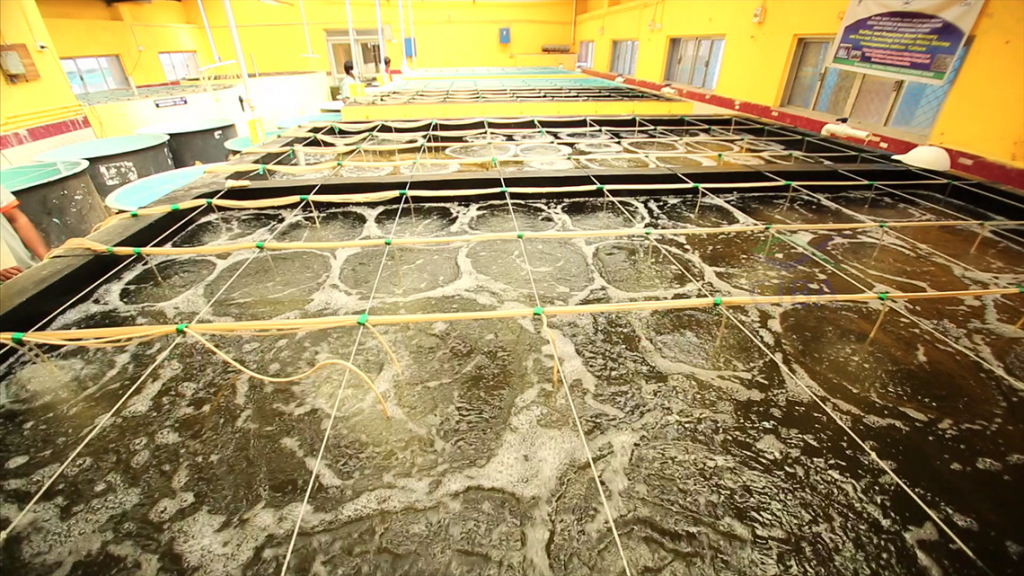 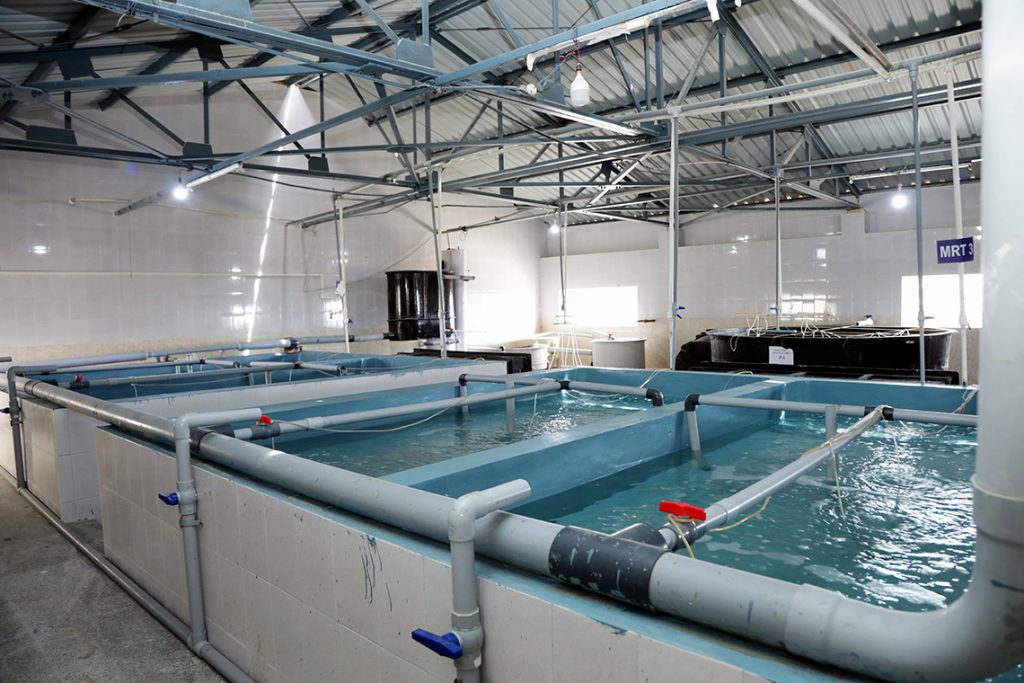 Mud crabs, species of genus Scylla, has been the focus of diversification of Indian coastal aquaculture. A small scale experimental hatchery of mud crabs has been functioning since 1996. This R & D facility is mandated to carry out scientific research to improve the quality and production of captive broodstock and seed stock of mud crab Scylla serrata and S. olivacea. 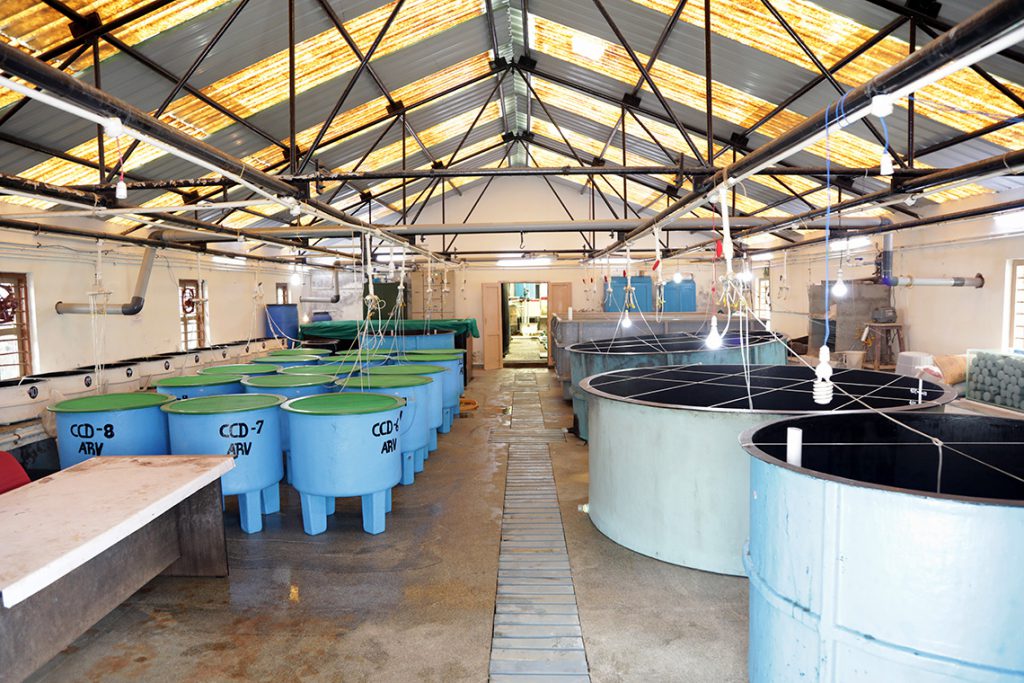 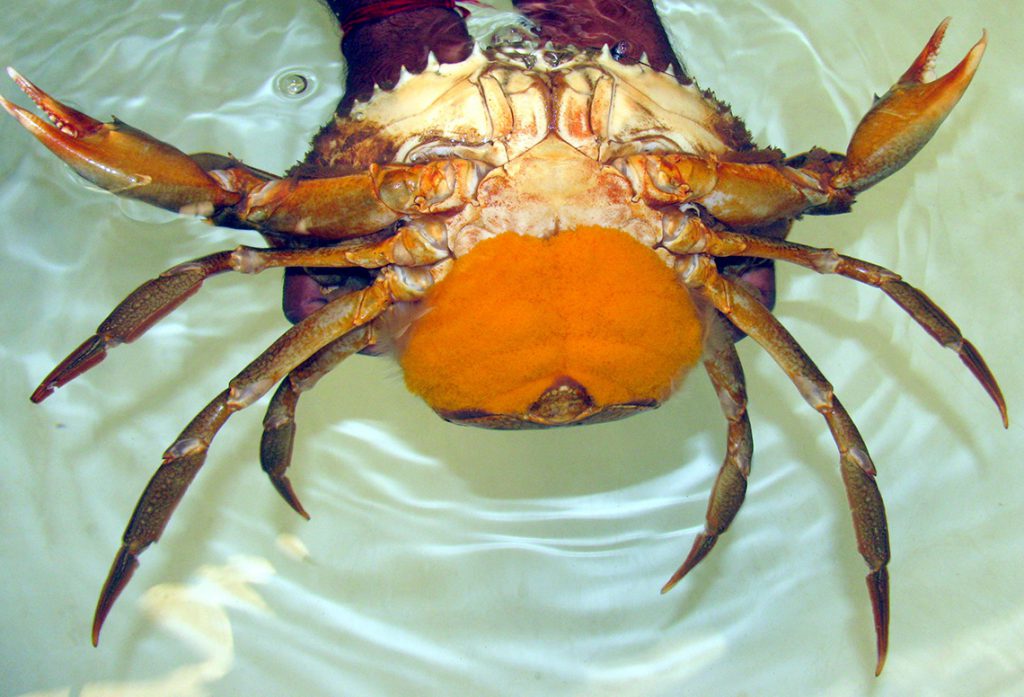 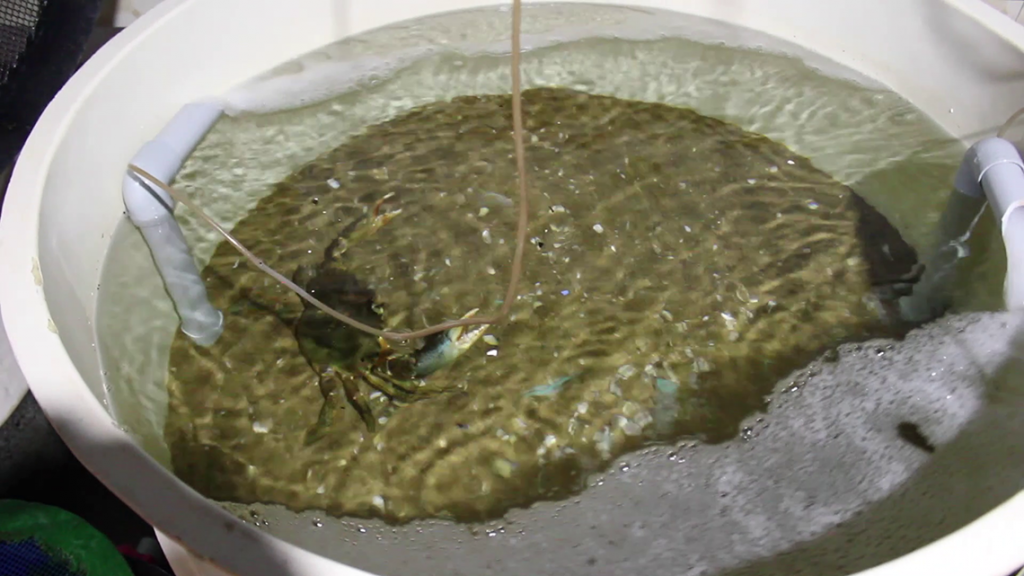