Dr. Jujjavarapu Balaji, Joint Secretary, Department of Fisheries, Govt. of India, visited ICAR-CIBA and interacted with the scientists on the national priorities in the brackishwater farming sector

Dr. K.P. Jithendran, Director, CIBA welcomed the Joint secretary and other distinguished guests and appraised CIBA’s research achievements and contributions to the farming sector in the recent past. While interacting with the director and scientists, Dr. Balaji explained the ongoing nationwide dialogues on the constraints in exotic vanamei farming and issues in recent proposals to import SPF tiger shrimp (Penaeus monodon). Elaborating on the country’s ambitious plan in the fisheries sector, the Joint Secretary said that India is eying to double the seafood export in the next five years. Technological development is crucial in this regard, especially for seed production and other hatchery infrastructure for diversified brackishwater species, Dr. Balaji said.

He explained that the Central government is looking forward to a long-term indigenous solution on the subject. He added that the Department of Fisheries is looking at the possibilities of making our native Indian white shrimp as a choice and permanent solution in the longer run. He articulated his interest to understand CIBA’s experiences, technologies, and capacities concerning Penaeus indicus. Later, listening to the presentation by Dr. C.P. Balasubramanian, Principal Scientist & SIC, Crustacean Culture Division, he got convinced on having Indian white shrimp as an upcoming species choice in the Indian farming basket. He requested the director to develop a road map for the next ten years indicating the project locations, partnering institutions, funding requirements, etc. Further, Dr Balaji added that India would be a pioneer in having selectively bred SPF P. indicus, if we succeed rapidly.

Interactions extended on various proposals submitted by CIBA under PMMSY for funding support. The Joint Secretary was positive for supporting some of the proposals on prioritized areas such as brood bank for finfishes, integrated seaweed farming with shrimp aquaculture, polychaete farming and integrated referral laboratories. 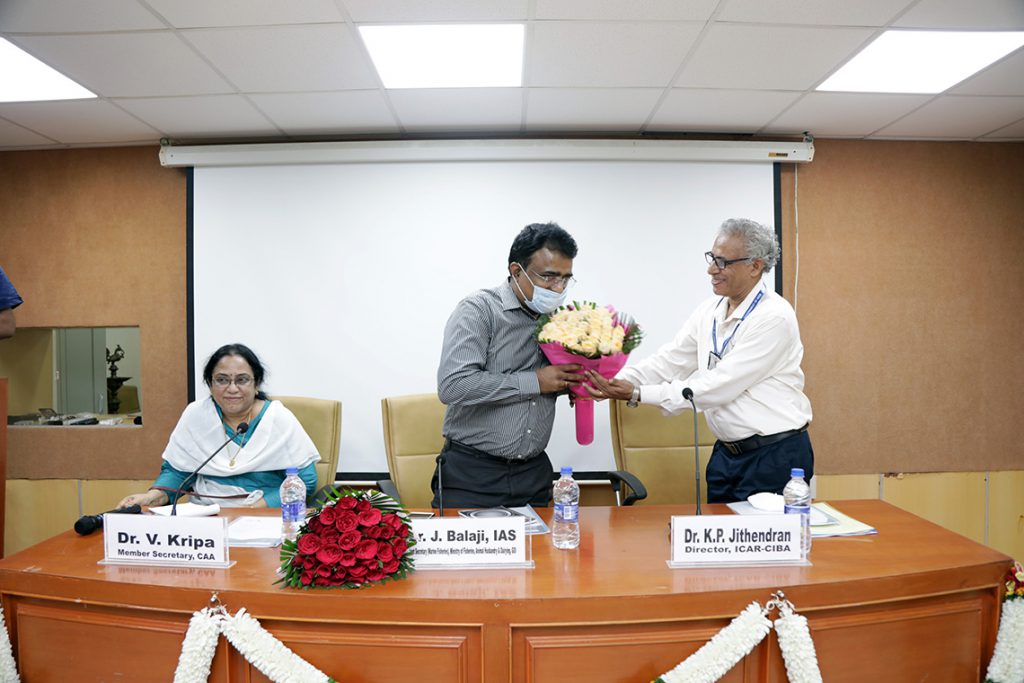 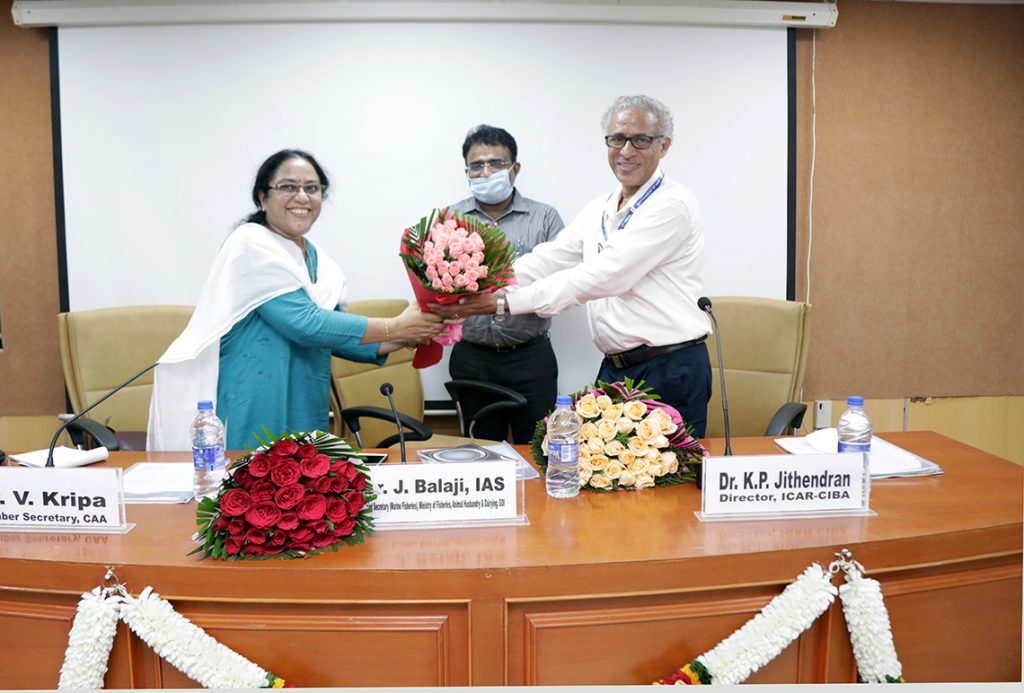 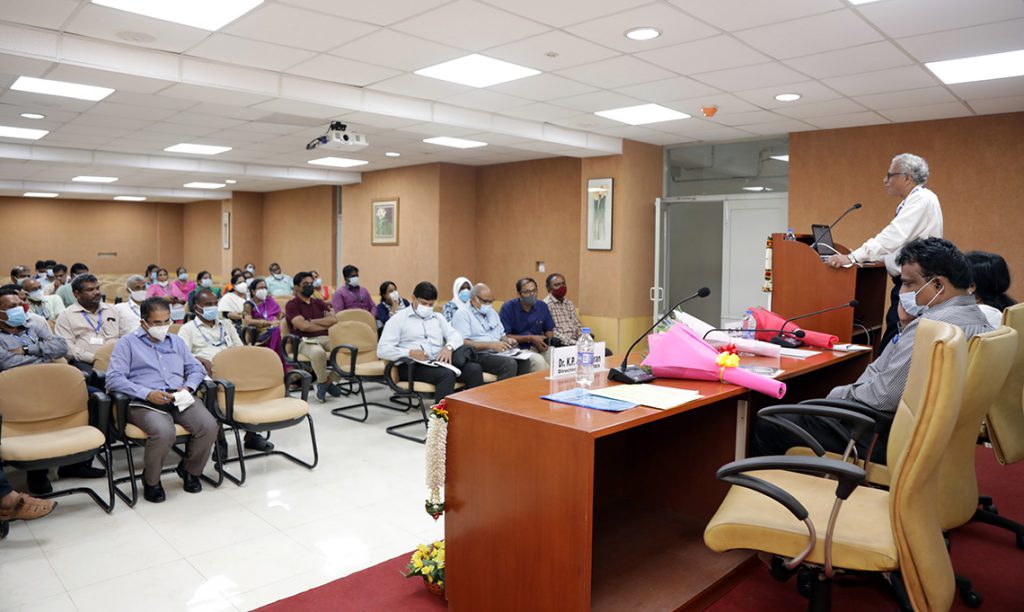 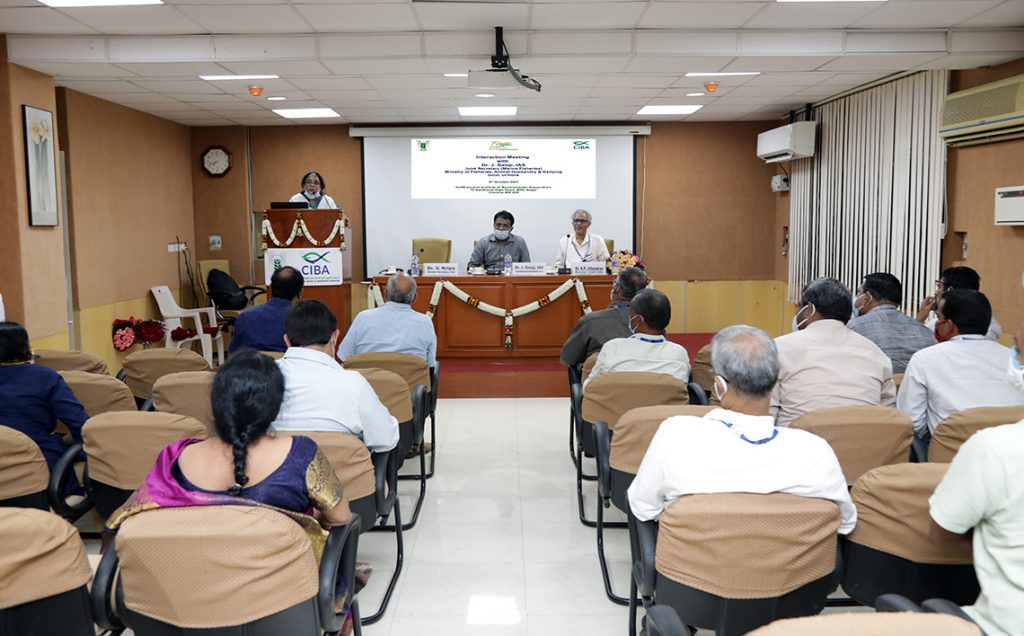 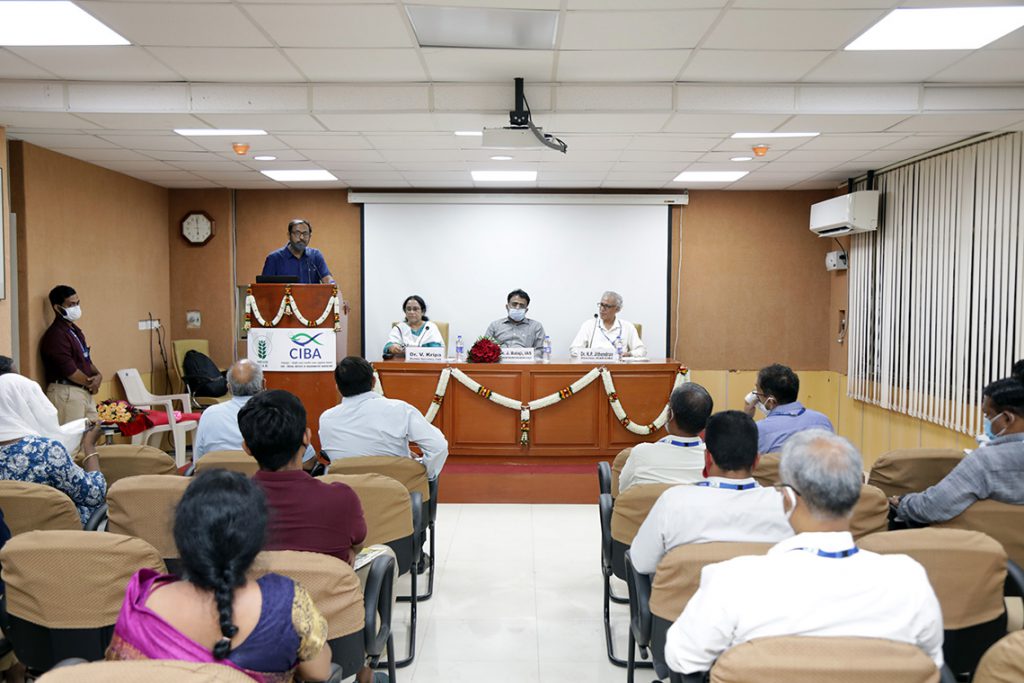 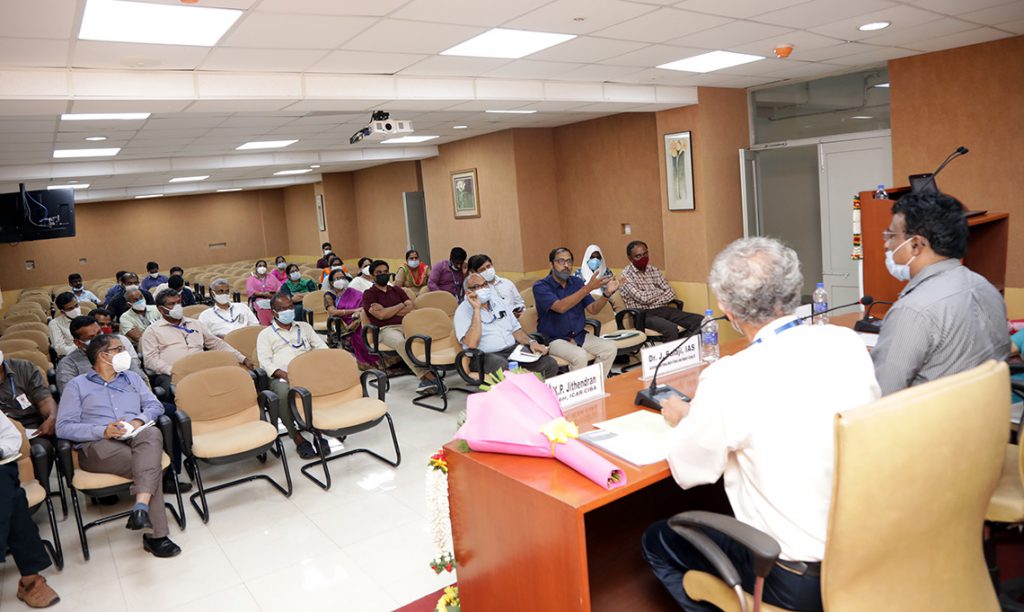