National productivity week was celebrated at ICAR-CIBA, Chennai from 12th to 18th February, 2019 in aligning with the theme of Circular Economy for Productivity & Sustainability”. The celebrations were initiated by imparting hands on training to fisherwomen of Srinivasapuram village on ‘converting fish waste to value added products’ on 12th February, 2019. The technology developed by CIBA on transforming fish trimmings to high value produces was explained to the villagers by the scientists of CIBA. This user-friendly technology will help in improving the environment in addition to enhancing their livelihood. Also, awareness building programme on the concept of circular economy among the young minds, CIBA in collaboration with SCAFi (Society of Coastal Aquaculture and Fisheries) organized a program on 13th February 2019 viz.,extempore elocution competition on ‘Circular Economy’ for college students from four reputed colleges in and around Chennai, was followed by a lecture on “Circular Economy for Productivity and Sustainability” by Mr. Mathew Jose, CEO, Paperman Foundation, Chennai in the afternoon. The lecture gave an insight into Circular Economy and the participants could able to understand the cardinal principles of Circular Economy as Make, Use and Return. The lecture also highlighted the importance of recycling our resources and shifting our focus from linear to circular economy for a sustainable growth. An essay competition on ‘Plastic in oceans and waterbodies, impact and pathway to food chain was also conducted for the students. Dr. K. K. Vijayan, Director, CIBA in his presidential urged the students and participants to imbibe the concept of circular economy and start up new ventures in life, being job providers rather than job seekers. The lecture was followed by an interactive session by students from the colleges and CIBA faculty. Earlier, Dr. K. Ambasankar, Nodal officer of this program welcomed the gathering and introduced about the significance of National Productivity week 2019. 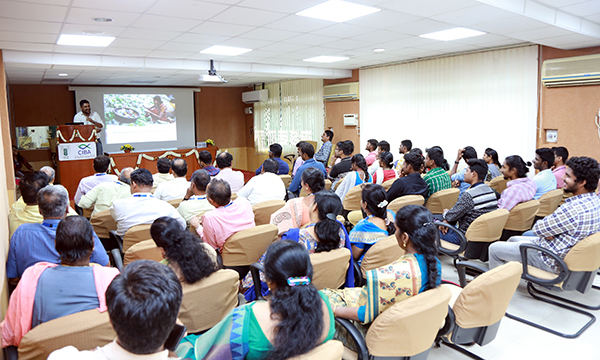 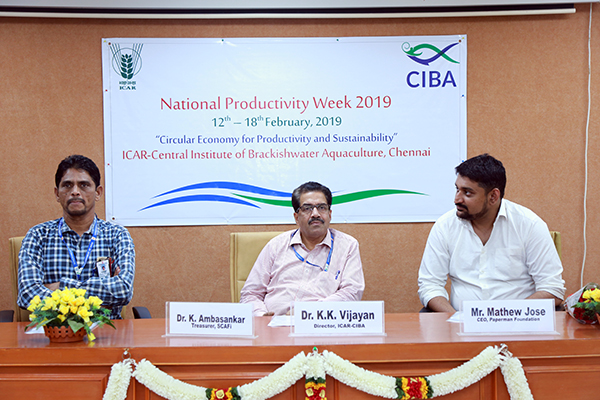 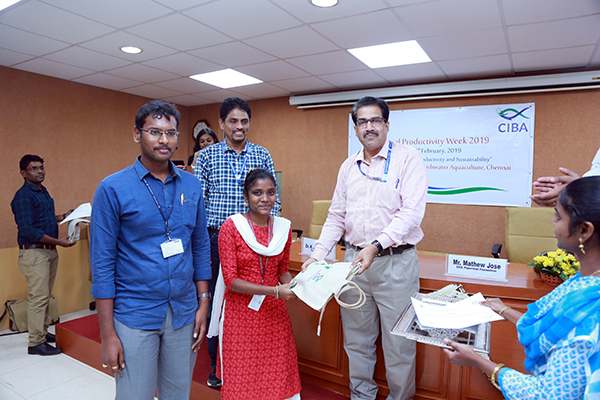 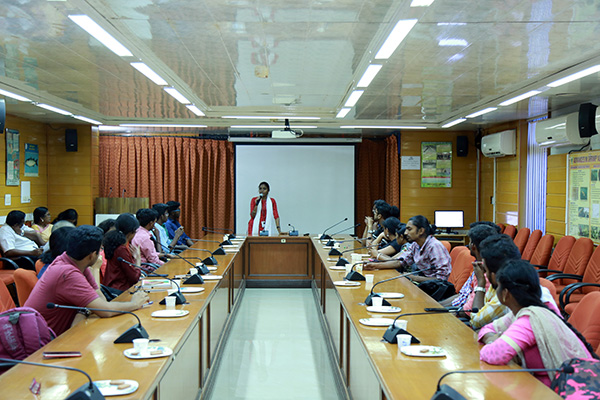 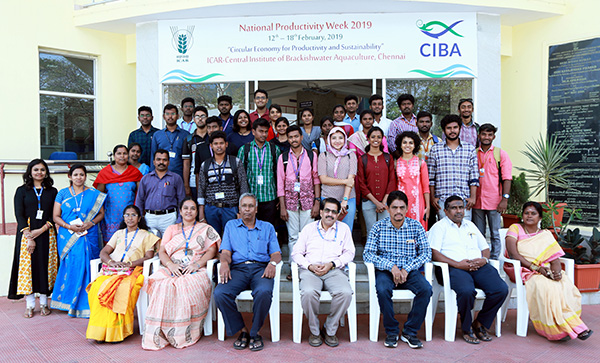 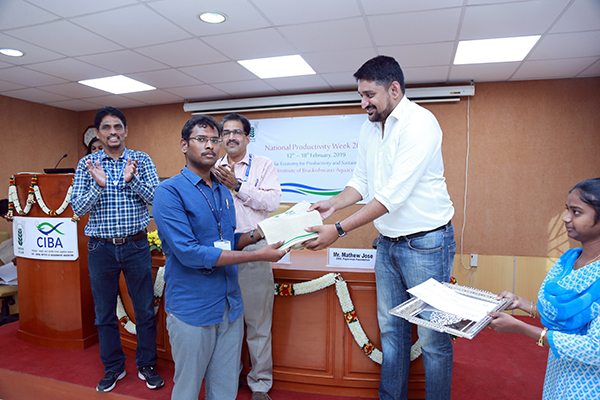