Dr K.K. Vijayan, the Director, welcomed the RAC team and the scientists. He thanked the Members of the RAC for expressing their support during the 23rd RAC meeting, for conducting the recently concluded International conference Braqcon 2019. In his presentation, he highlighted the significant achievements of CIBA in the last one year in different thematic areas of brackishwater aquaculture. Chairman and members of the RAC congratulated the Director and the dynamic CIBA team for the grand success of the Braqcon 2019 on a world level, which showcased brackishwater aquaculture to the society and its importance to meet the nutritious food demand for the first time. Chairman also congratulated the CIBA team for the several awards which were bagged during the last year. Members commended the research facilities of CIBA of international repute.

Detailed presentations on research achievements of 2018-19 and the proposed programmes for 2018-19 were made by the Heads and In-charges of the divisions. The research findings were discussed in detail with a focus on scientific contributions and its transformation to benefit the stakeholders of brackishwater aquaculture. RAC members appreciated the work on species diversification, farming technologies and the initiation of aquaculture in inland areas like Punjab, Haryana and Rajasthan. The members acclaimed on the progress CIBA especially on the successful culture demonstrations and bringing back the indigenous shrimp species P. indicus. RAC members well received the CIBAs efforts on cage farming open brackishwaters and brackishwater ornamental fish. They also congratulated CIBA on the introduction of soil water health card and mobile app to farmers. The members of the RAC expressed their appreciation on the number of MoUs signed by CIBA in areas like farming, feed and hatchery technology and setting up of labs. Futuristic focus on genomics and bioinformatics were much lauded.

Chairman in his concluding remarks pointed out that, in view of water crisis in our nation, in future freshwater water aquaculture may crash, and only option for expansion is brackishwater. He advised the scientist to consider the requirement in the farming sector while planning for research concepts and projects. All the members suggested developing more practical solutions for the emerging issues considering the existing techno economical situations in seed production, farming, health and feed technologies.

The meeting was over with the vote of thanks proposed by the Member Secretary. 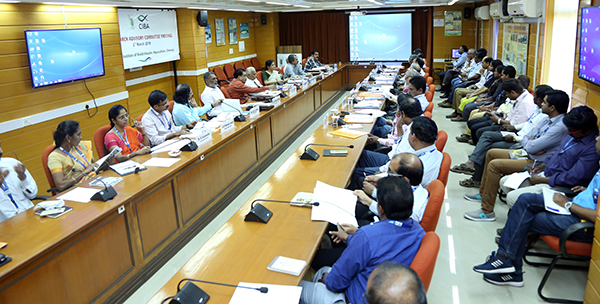 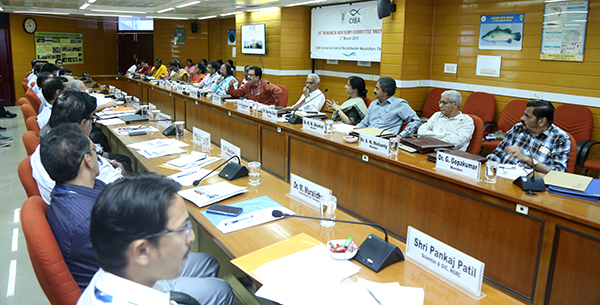