Visit of delegates from Bangladesh to learn the shrimp farming developments in India, and technological backup of ICAR-CIBA on 25th April 2019

A team of 14 officials from Government of Bangladesh led by Ms Mahbooba Panna, Joint Secretary, Ministry of Fisheries and Livestock, visited ICAR-CIBA on 25 th April 2019. The main purpose behind this visit was to see the developments in the shrimp farming sector in India and to share the challenges India faced in the past one decade to become a major shrimp producing country in the world. The team comprised 10 officials representing the Government of Bangladesh and 04 representatives of the private sector. This meeting was jointly coordinated by Bay Of Bengal Programme (BOBP) along with Department of Fisheries, Government of Bangladesh. Coastal Aquaculture Authority of India (CAA) and CIBA were part of this meeting to interact and clarify the doubts of Bangladesh delegates. Initially, Dr. Y. S. Yadava, Director, BOBP welcomed all and moderated the meeting. Director CIBA, Dr K.K. Vijayan while welcoming the gathering briefed about the brackishwater aquaculture sector and the milestones over the period. He also explained about the challenges India faced in the shrimp sector before vannamei introduction, the developments post introduction and the way forward.  He further explained the delegates about the role of CIBA in supporting this rapidly developing shrimp sector with various scientific and technological backstopping which would be beneficial to aquaculture sector of Bangladesh. Dr C. Gopal, Member Secretary, CAA, presented the part of CAA as a national regulatory agency on coastal aquaculture activities. He detailed the activities of CAA to make regulations for the construction and operation of aquaculture farms in coastal areas, inspection of farms to ascertain their environmental impact, registration of aquaculture farms, fixing standards for inputs and effluents, removal or demolition of coastal aquaculture farms, which cause pollution etc. This was followed by the direct interaction of the delegates with CIBA and CAA which was moderated by BOBP. The delegates had detailed discussions regarding shrimp farming development in India in relation to hatchery, farming, legal and other general aspects. After this interaction, all the delegates made a visit to laboratories and research facilities of CIBA. At the end Ms Mahbooba Panna, Joint Secretary thanked CIBA, CAA and BOBP for organizing such a fruitful interaction and visit. 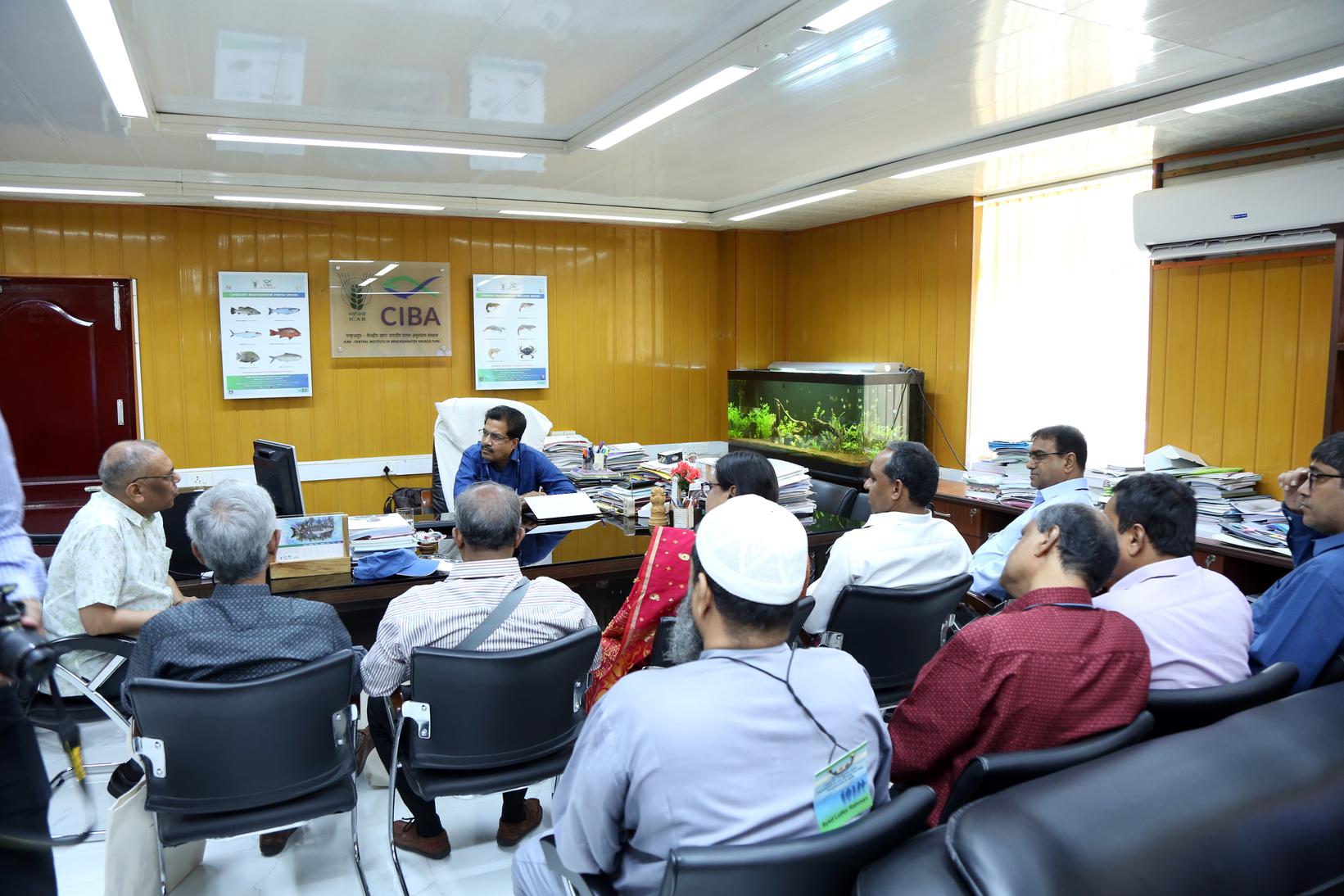 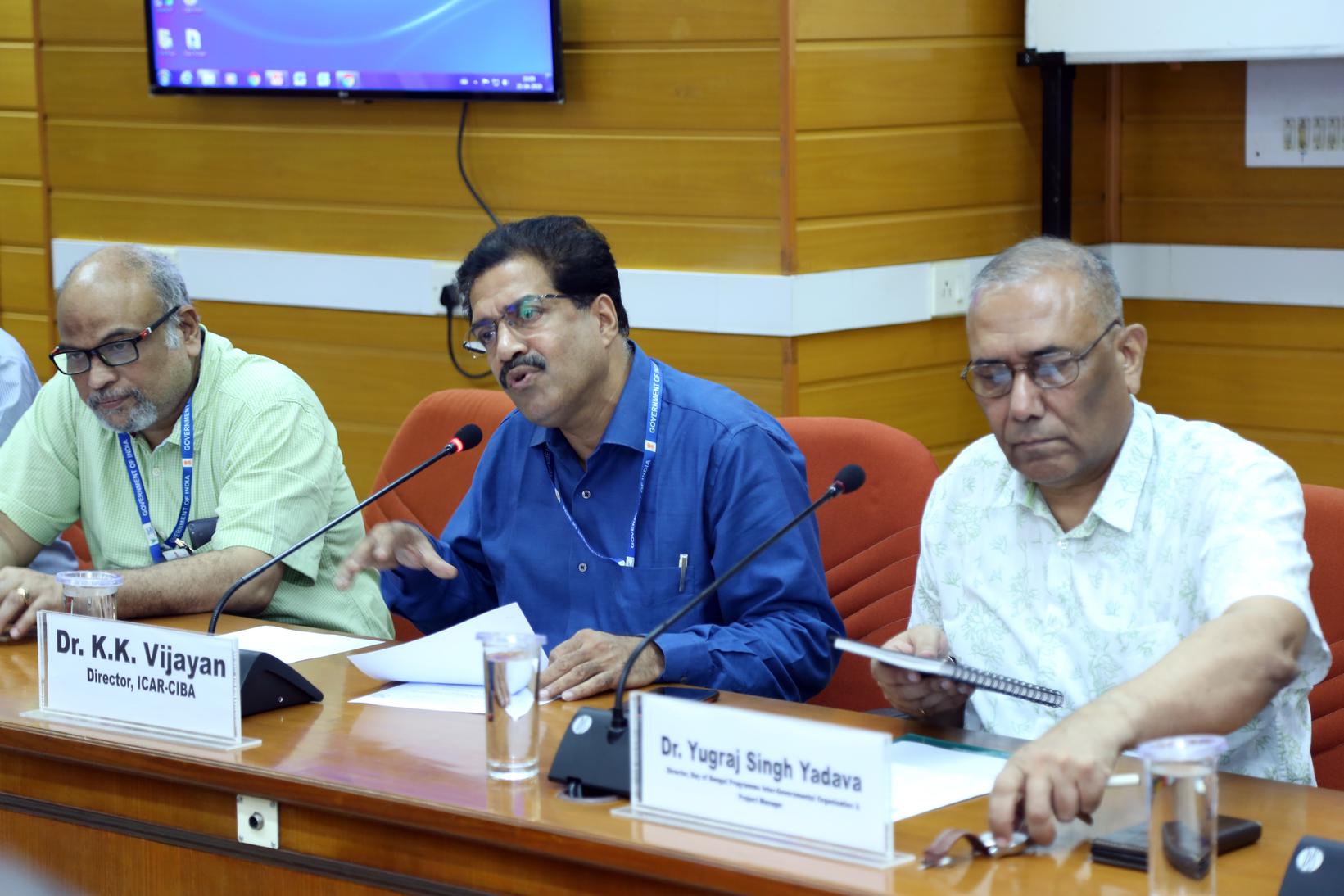 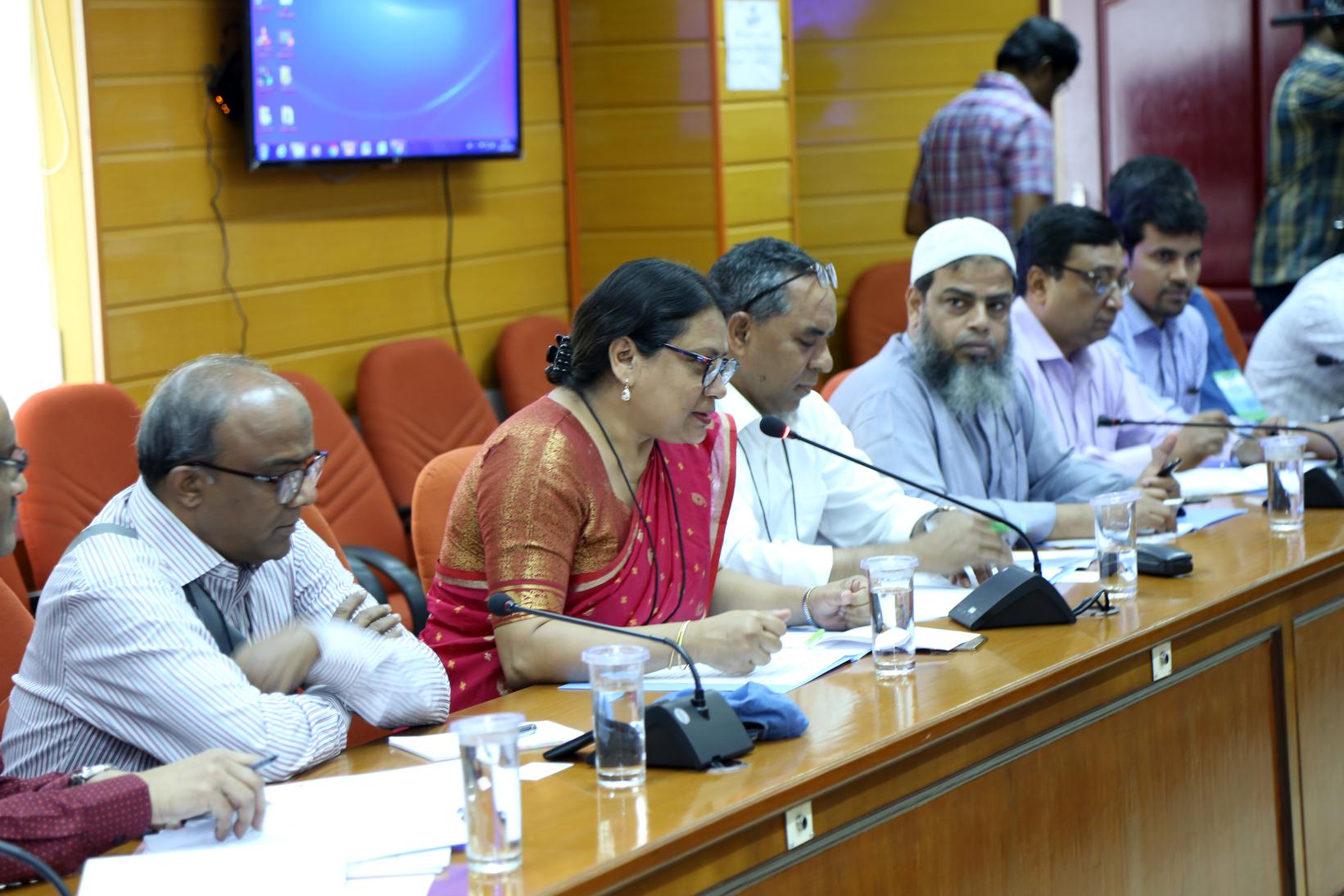 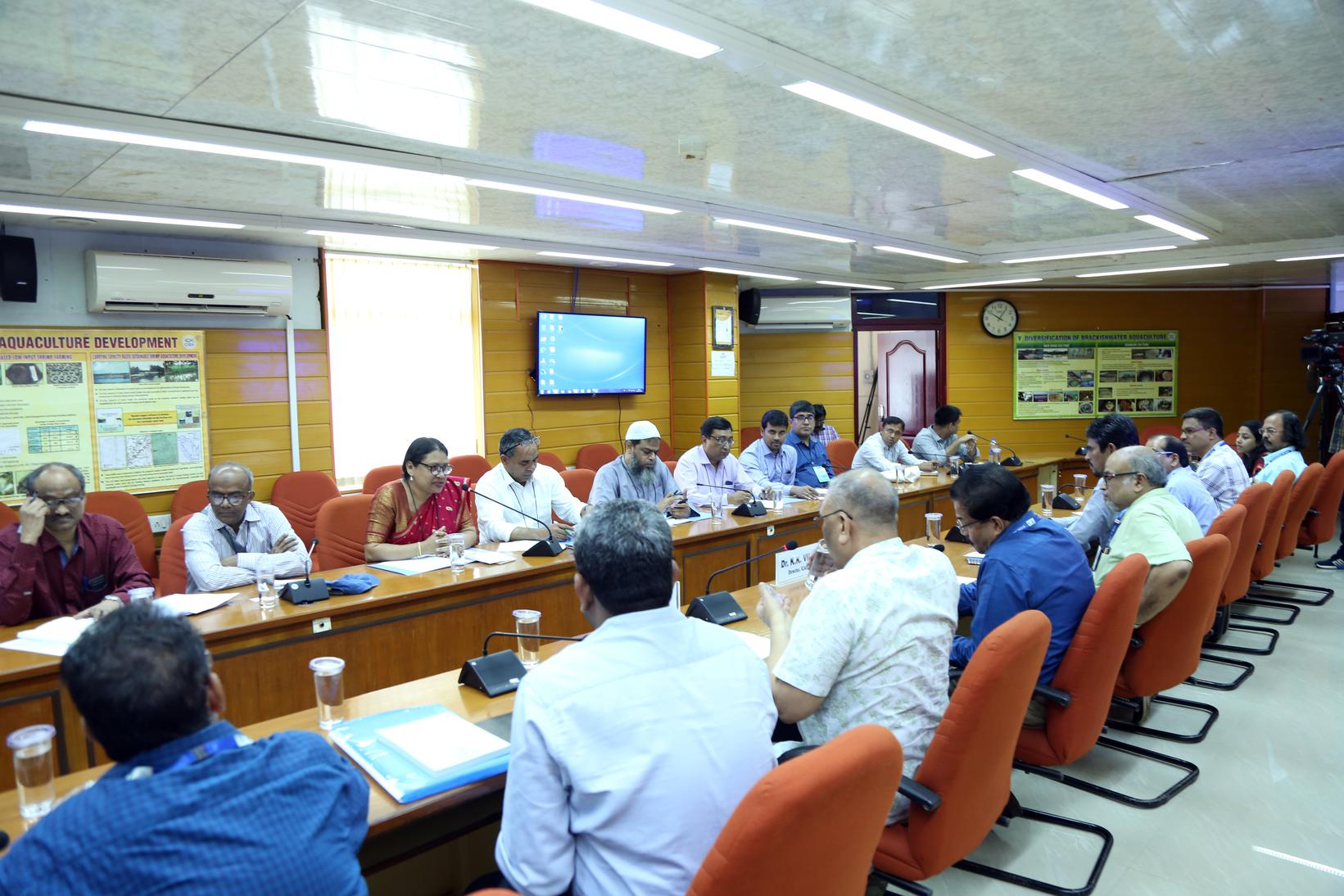 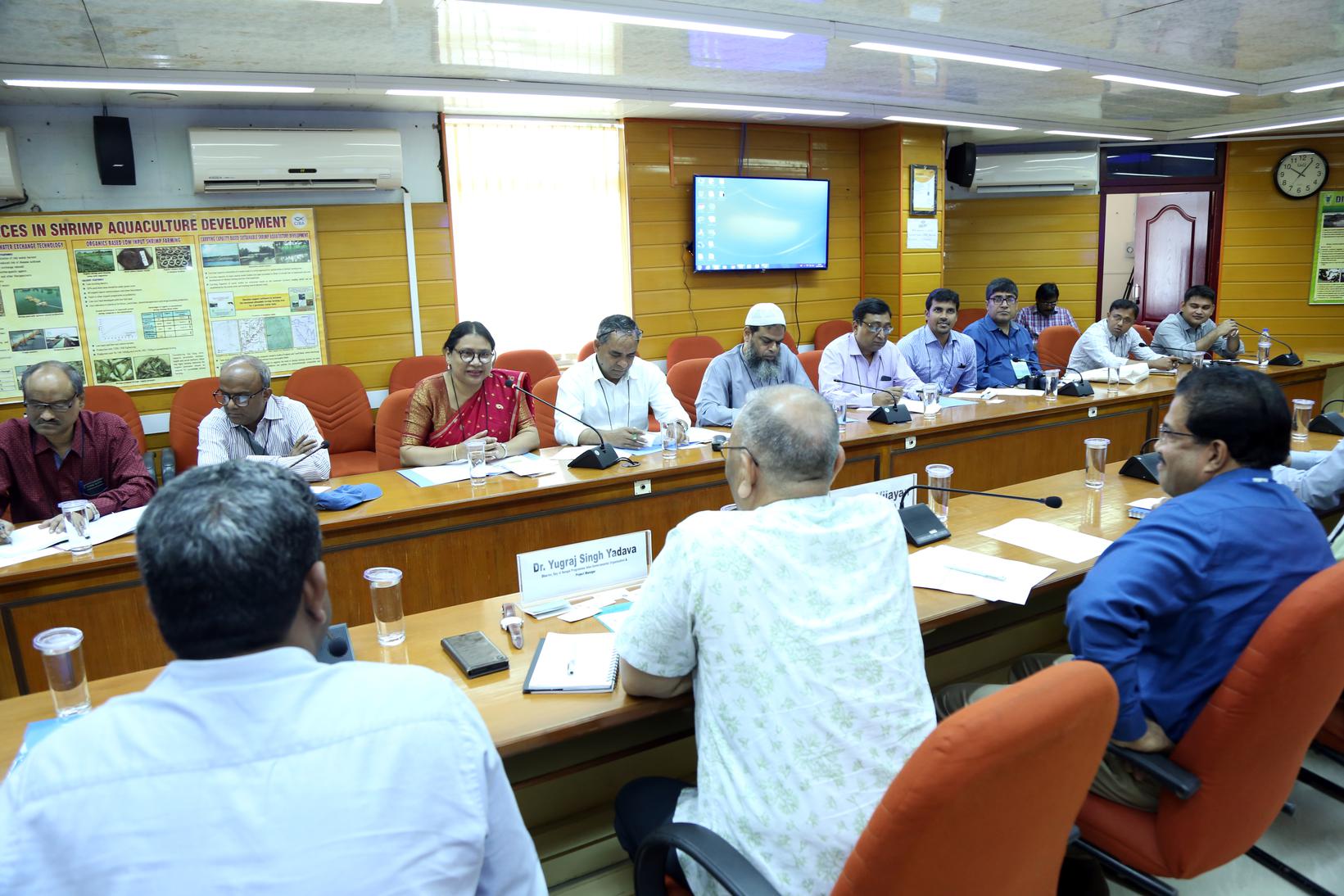 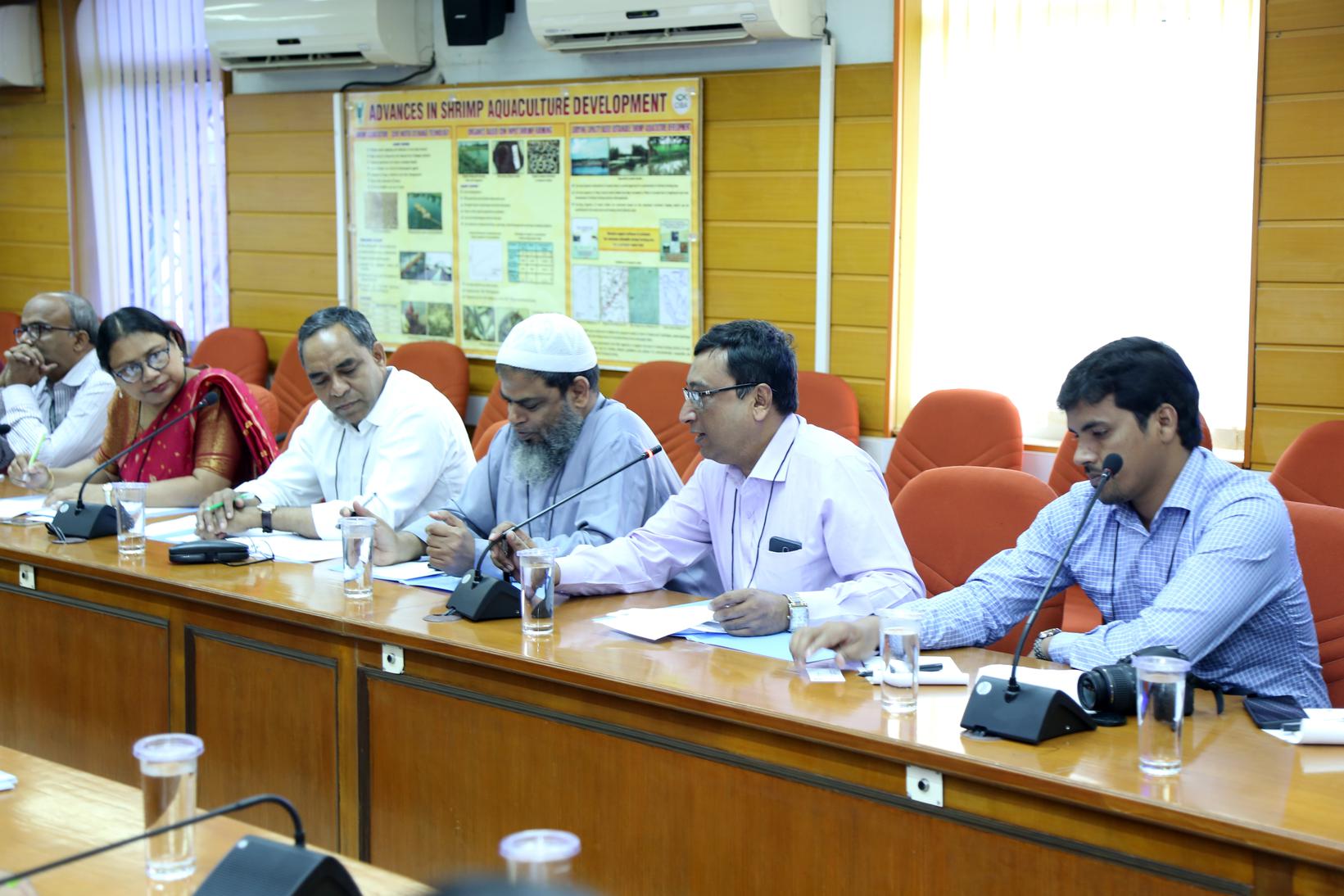 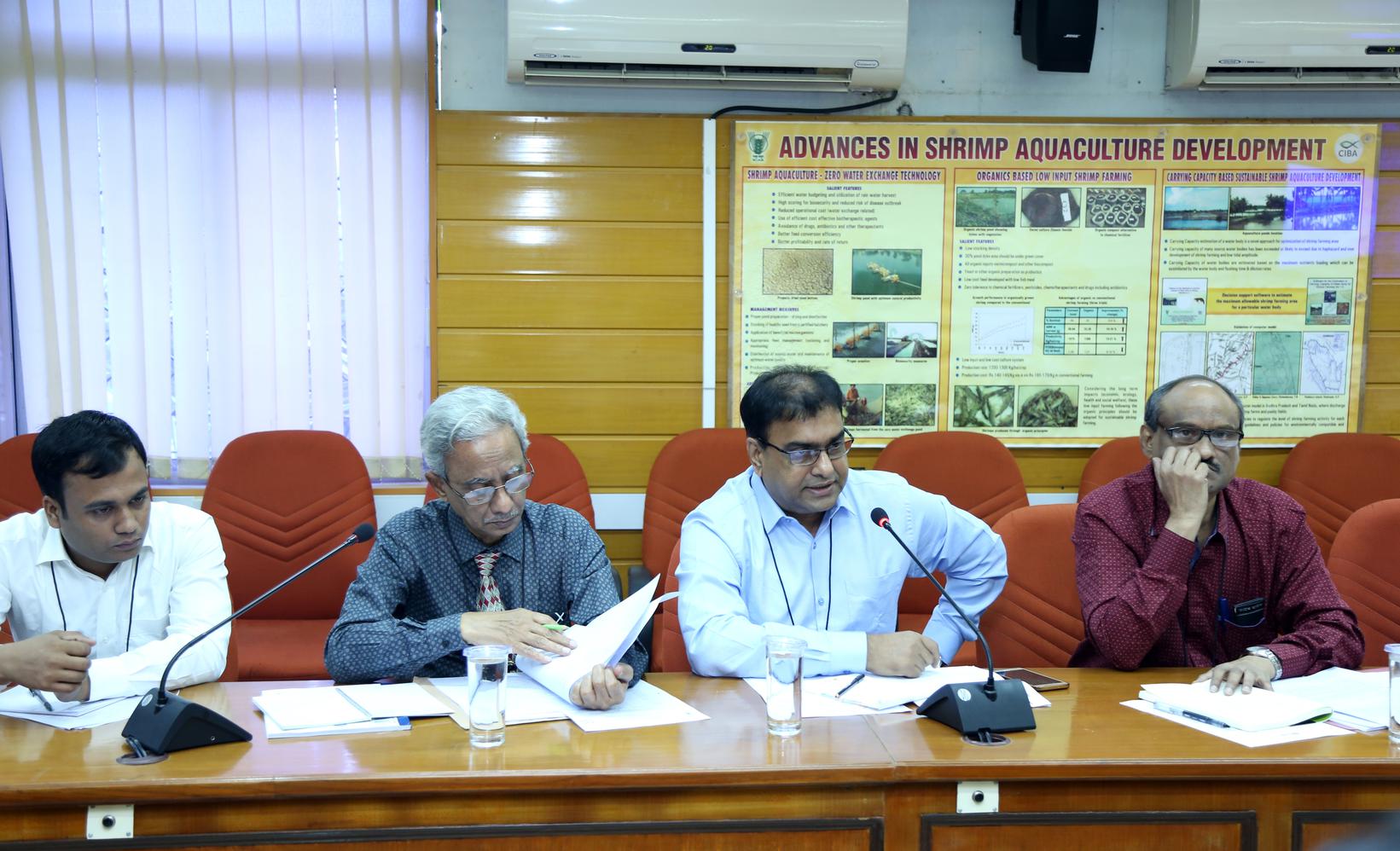 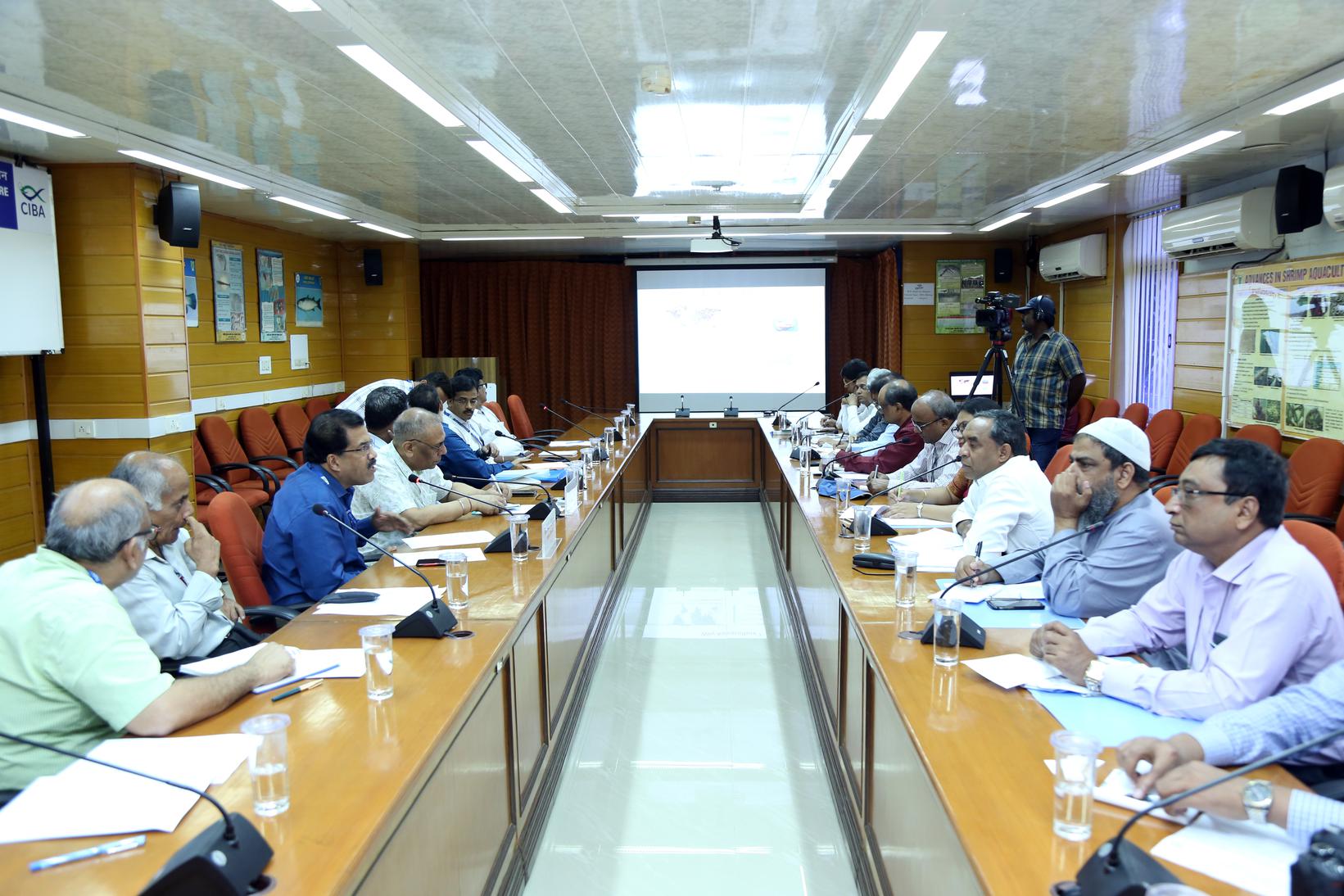 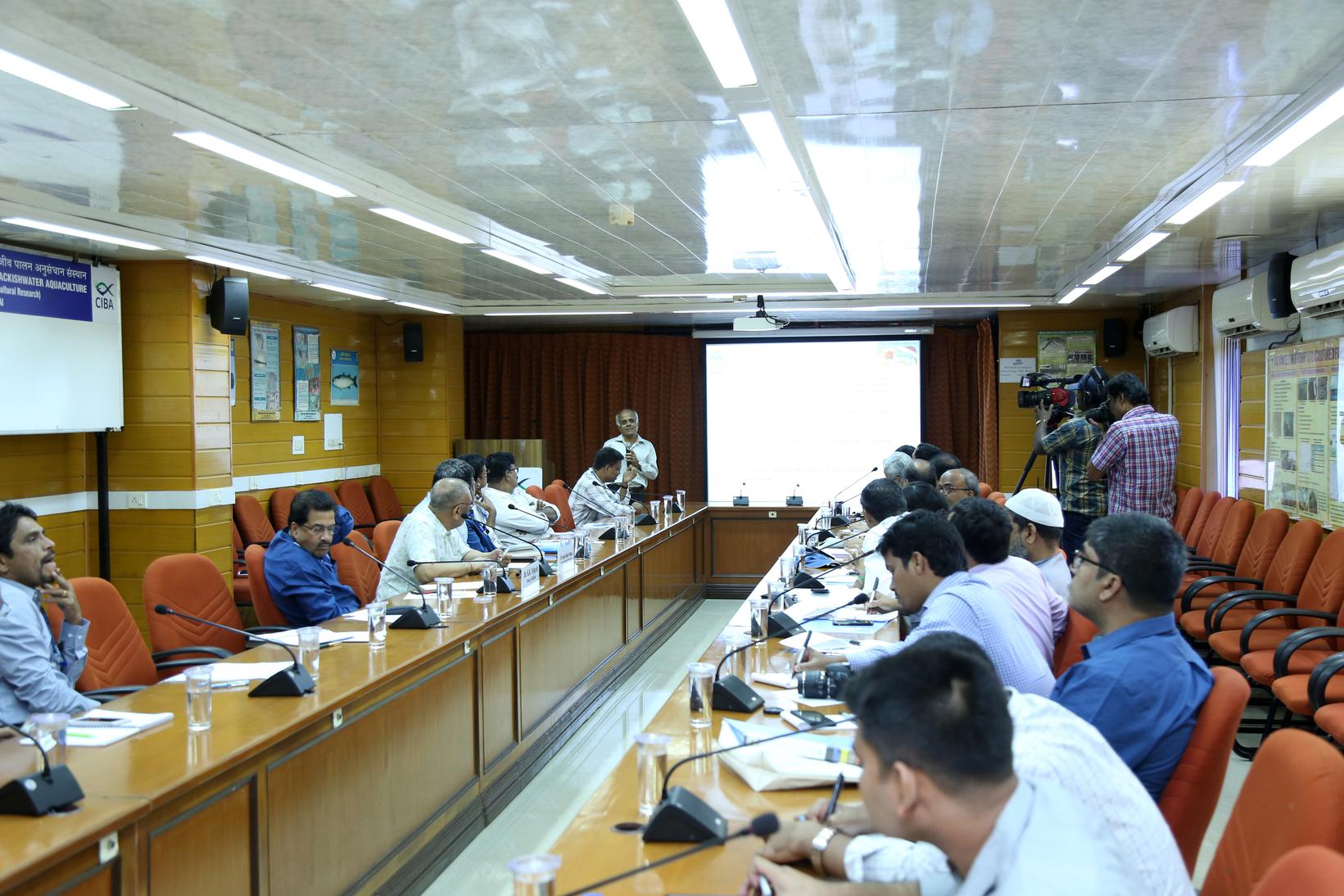 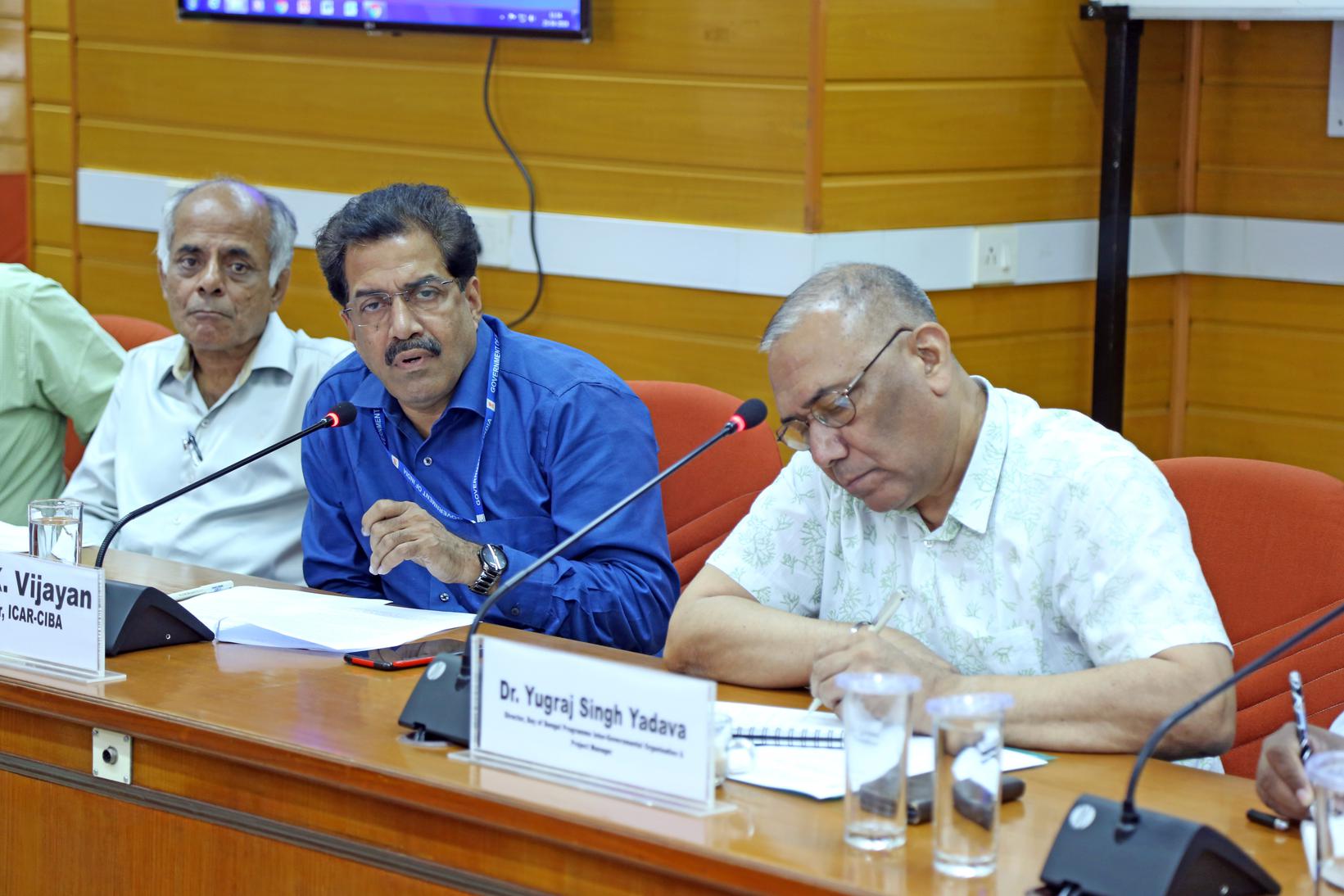 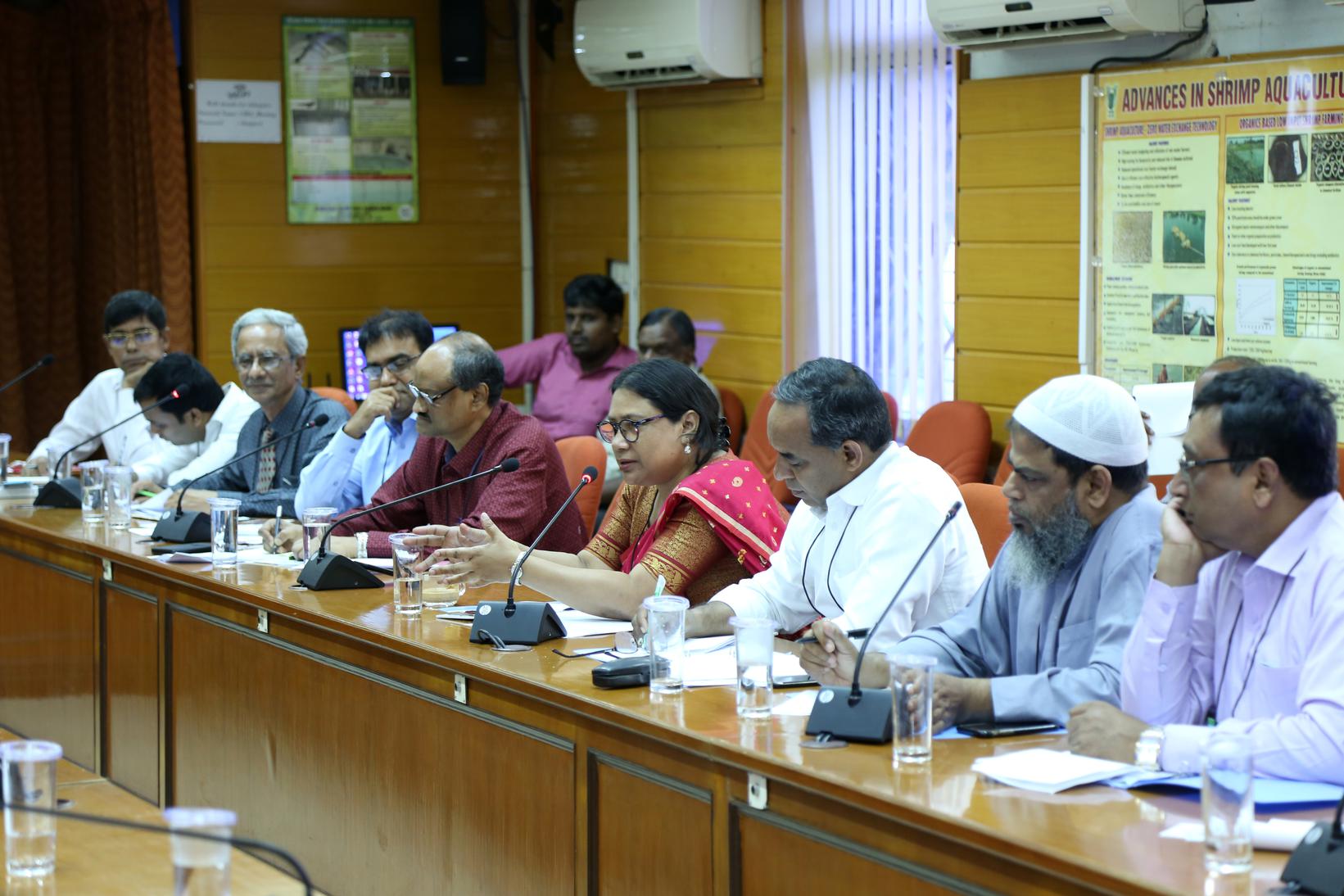 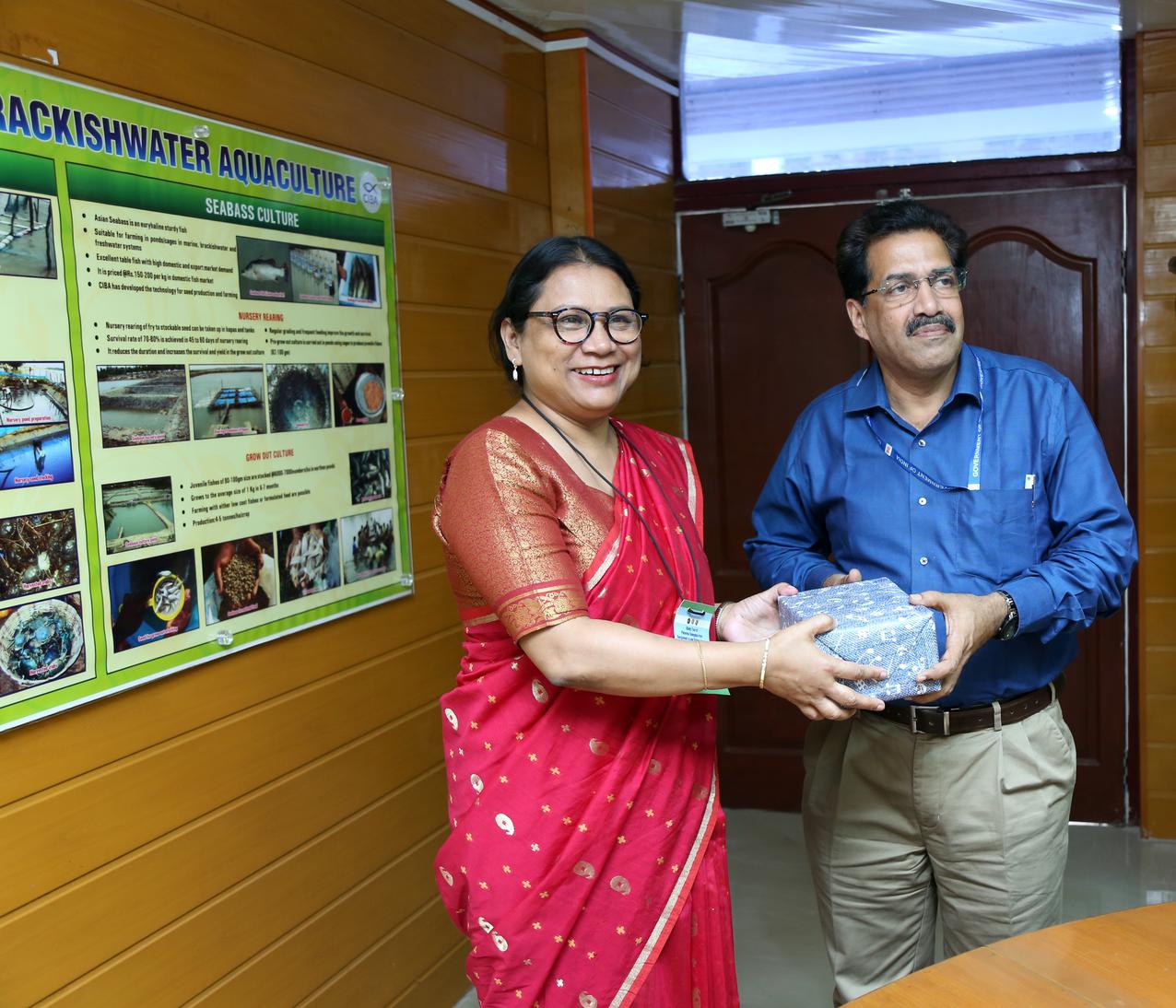 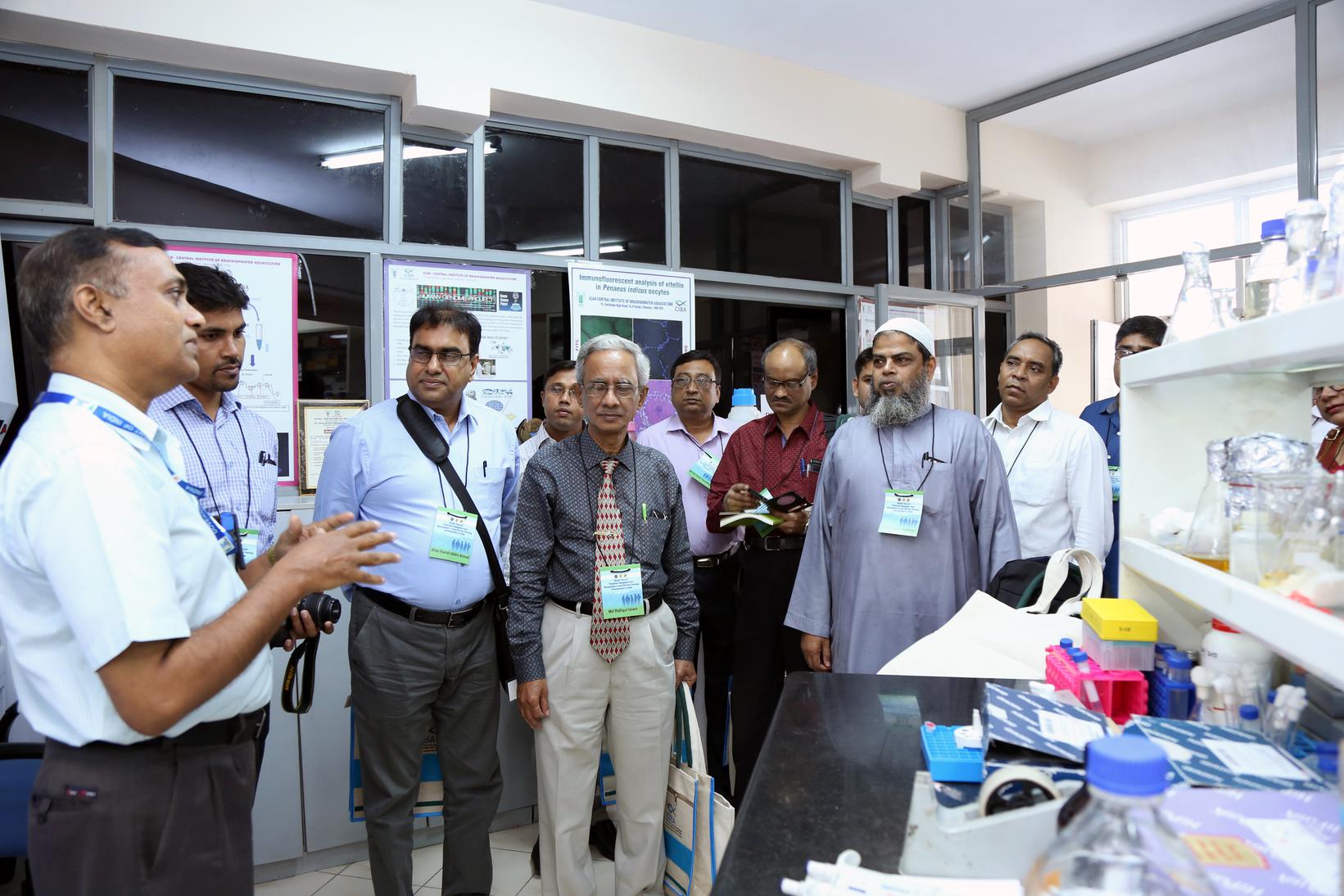 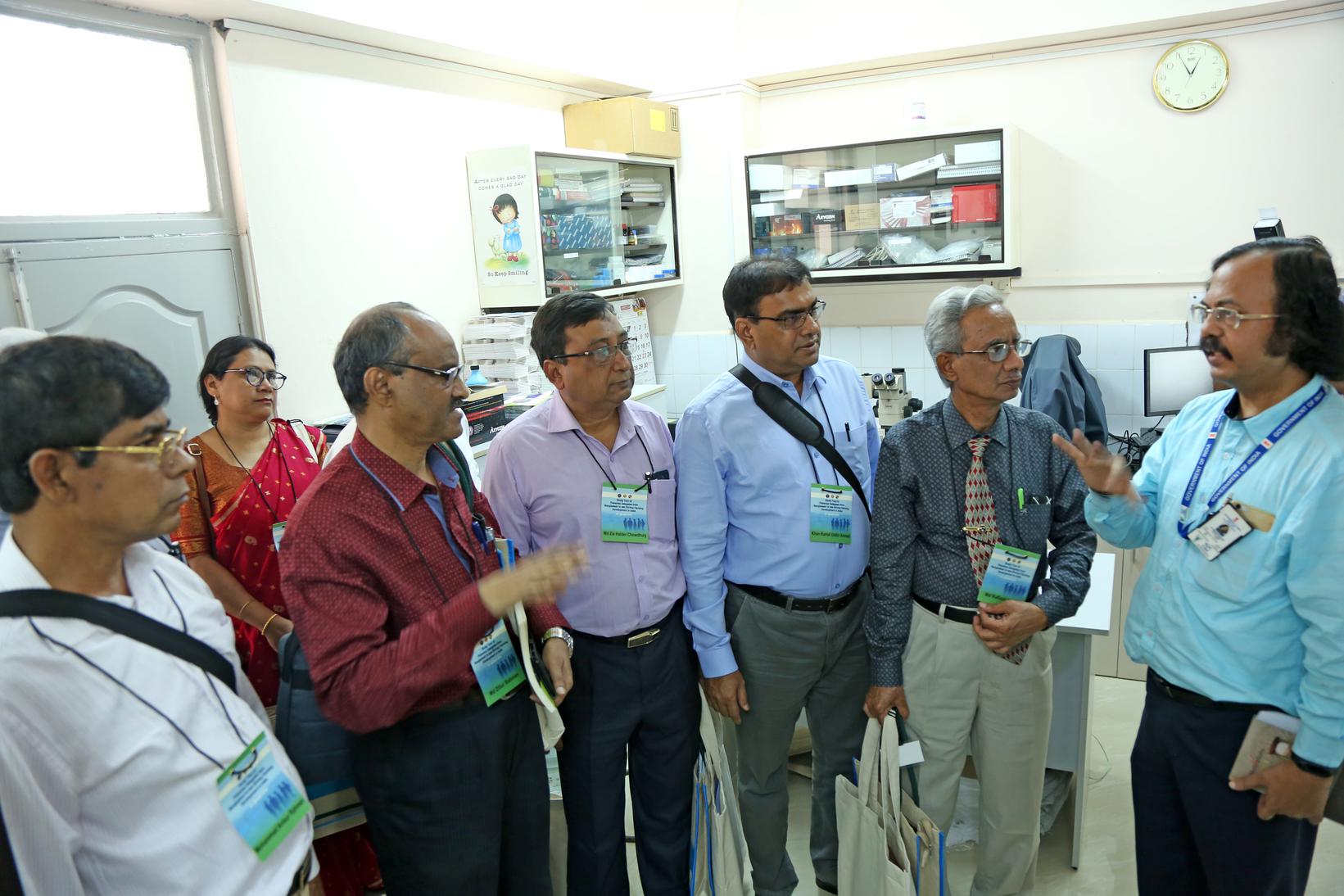 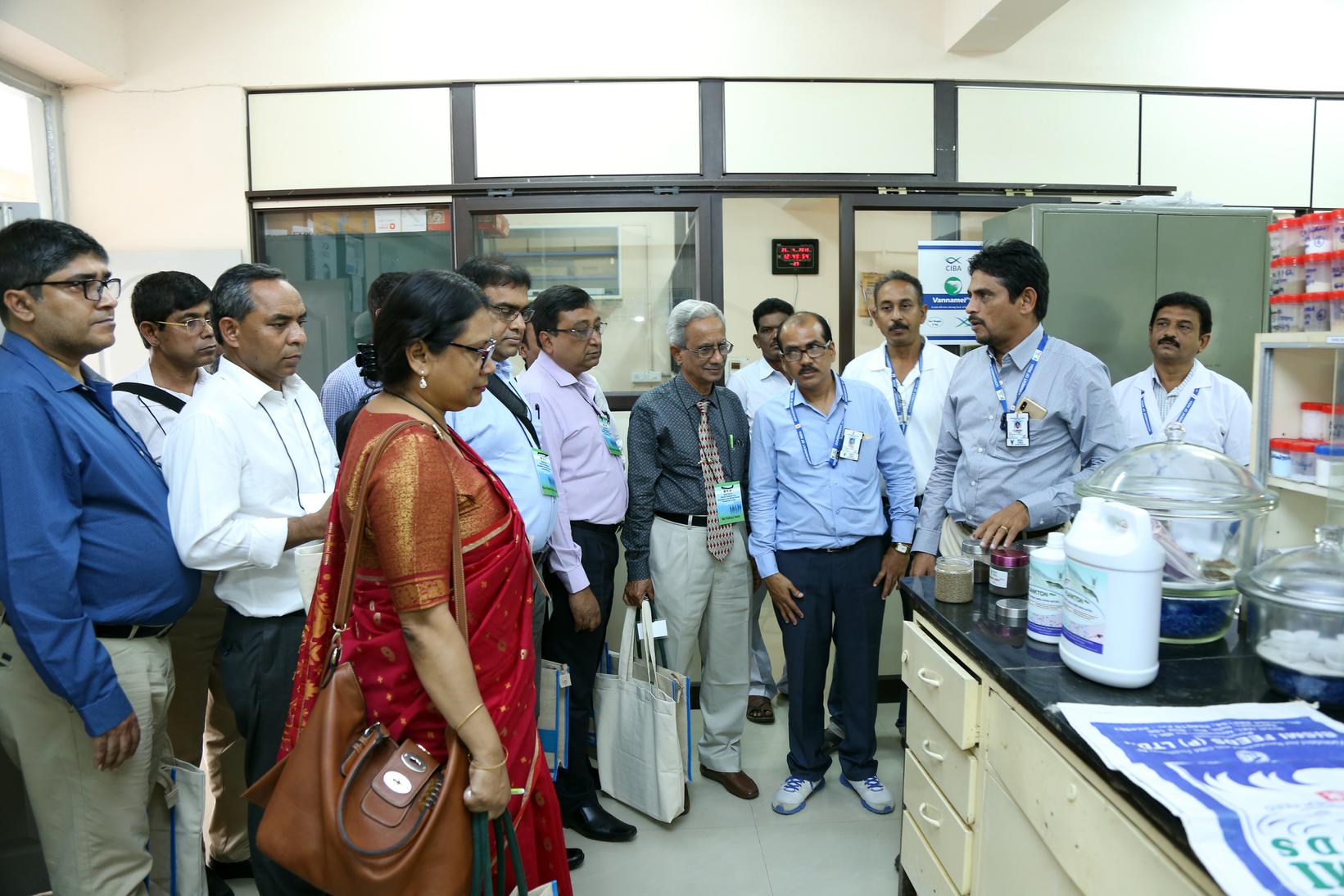 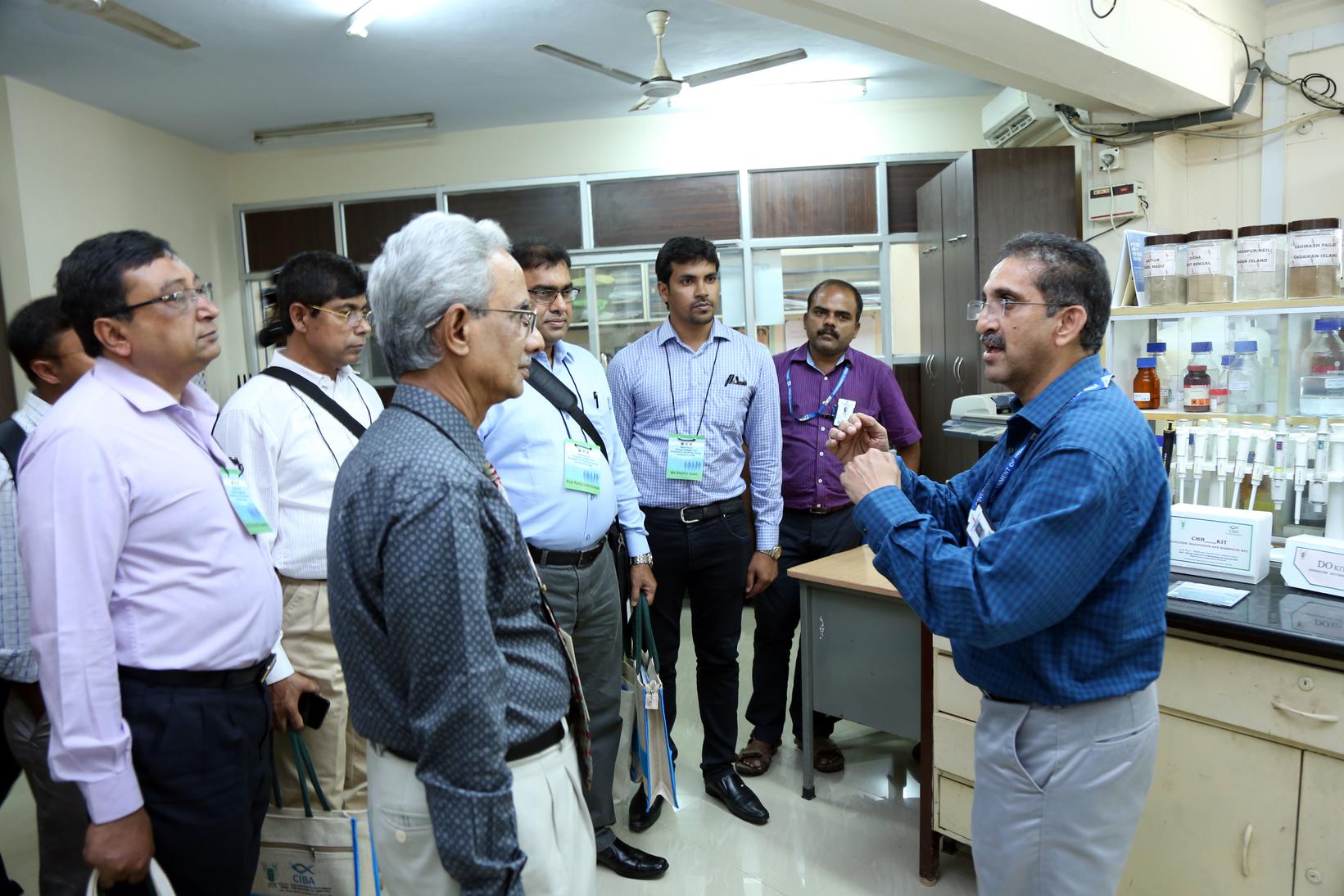