Propagation of native, Indian white shrimp (Penaeus indicus) in the northern Kerala, as a ‘monsoon crop’ during May to September months

In continuation with the multi-location culture demonstration of Penaeus indicus carried out along different coastal states, ICAR-CIBA has taken initiative in producing the indigenous ‘Desi’ shrimp with support of NFDB. A partnership farming model of Indian white shrimp P. indicus was taken up in Kannur (northern Kerala) under the project on “Upgradation of Breeding and Culture Technology of Indian White Shrimp through stock evaluation and culture demonstration” for the performance evaluation of P. indicus. The farming inputs such as seed and feed (‘indicus plus’) and technical knowhow were provided by the institute.

The speciality of this farming was that the culture was successfully demonstrated during the Southwest monsoon season, where usually there is no shrimp culture practised during this period. This was a sustainable and environmentally friendly culture trial with a stocking of 15 nos/m2 carried out in a 0.8 ha pond. After 122 days of culture, high survival of 98 % with a final average body weight of 15.7 g and a total production of 2.85 tons/ha was recorded. With a market price of Rs. 350/kg, and cost of production of Rs.225/- per kg the crop recorded a successful one in terms of sustainability and profit. A harvest mela along with one farmer-scientist interaction meet was conducted on 27th Aug 2017 during the harvest with the participation of local farmers, students, and researcher. In this context, Dr.K.K.Vijayan, Director of ICAR-CIBA emphasized the urgent need to promote the farming of native indigenous species along with the exotic vannamei. He praised the entrepreneurial attitude of the participating farmers in the progress of aquaculture development and also apprised about the project’s second phase operation proposal of 40 crores for upscaling the production of Indian white shrimp in 25,000 hectares. Dr Akshaya Panigrahi said that the performance of Indian white shrimp is comparable to the exotic SPF vannamei shrimp and holds great potential as an alternate species of shrimp for coastal aquaculture in India. ICAR-CIBA is partnering with farmers across the country to provide technical guidance with respect to quality seed and feed for undertaking and propagating this desi shrimp culture. 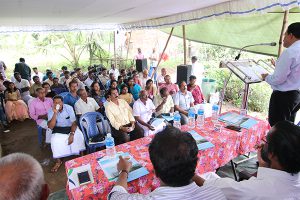 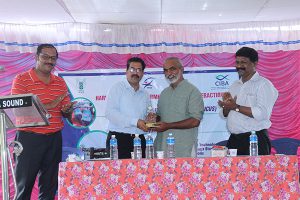 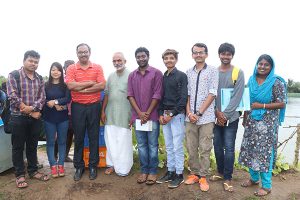 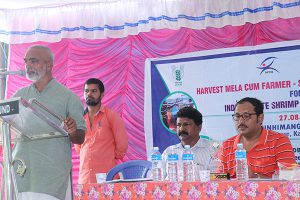 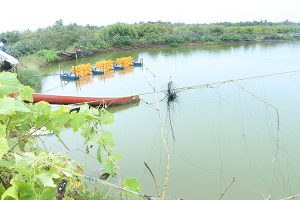