ICAR-CIBA, Chennai signed MOU with Shri Amalesh Chatterjee and Shri Saifulla Mandal farmers from South 24 parganas district of West Bengal for technical assistance of milkfish and seabass farming and low-cost feed production technology on 3rd July 2017. Under the agreement, CIBA will partner with farmers group to provide technical guidance on the stocking of quality seed, feeding and health management practices during farming of milkfish and seabass in West Bengal. To produce cost effective feed, CIBA will provide technical guidance on feed formulation and feed production to the farmer to meet the feed demand for farming. Dr K.K.Vijayan, Director, ICAR-CIBA has emphasised that West Bengal including Sundarbans is a promising region for brackishwater fish farming and importance of promoting milkfish and seabass farming is clear evidence in this area due to ready market available locally for these species. He further emphasised that being herbivore, milkfish can be produced with a production cost of Rs. 80-90/Kg and can be sold @ Rs. 150- 175/Kg, which would generate notable revenue for farmers. Since ICAR-CIBA has breeding and seed production technology for milkfish and seabass, the farmer can obtain the spawn from CIBA hatchery and seed can be produced at seed rearing facility in West Bengal to meet the local demand. Shri. Amalesh Chatterjee and Saifulla Mandal expressed their interest in partnering with CIBA for development of brackishwater aquaculture in West Bengal. Dr.M.Kailasam Principal Scientist & Head-in-Charge, Fish Culture Division has explained the benefits of milkfish and seabass farming. The scientist from Fish Culture Division, Nutrition group, all HODs/in-charges of divisions were also present to witness the occasion.

Initially, Dr.T.Ravisankar, Principal Scientist and SIC, ITM-ABI unit, welcomed the gathering and gave a brief about the MoU being signed, and Dr.P.K.Patil from ITM-ABI unit expressed the vote of thanks. 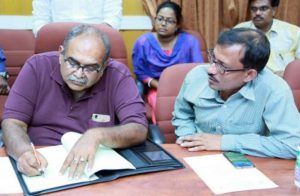 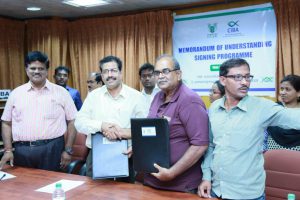 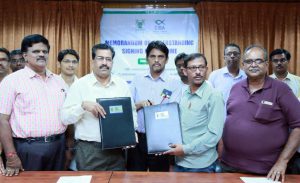 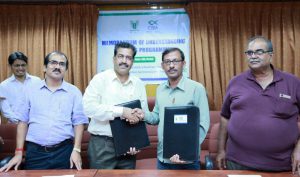