ICAR-CIBA, Chennai signed MOU with Academy of Maritime Education and Training, (AMET, Deemed to be University), on the 15th May 2019 for technical collaboration on the frontiers of live feed production. Under the agreement, CIBA and AMET will collaborate on the research aspects of copepod biology and scaling up the production of selected species of copepod for larviculture of economically important brackishwater fish species. After signing the MOU with Dr. P. Saravanan, Registrar, AMET, Dr. K. K. Vijayan, Director, CIBA spoke about the need for recognizing the role of strategic and multi-disciplinary research through inter-institutional collaborations for addressing key research issues in the promotion of aquaculture, a key sector which play major role in the production of animal protein and a major job provider. He further emphasized the importance of association between academic institutions and research institutions to achieve technological advancements. Dr. P. Saravanan stated that the AMET focusses on research oriented education in the field of Marine Biotechnology and Maritime Education and expressed his interest in collaborating with CIBA for the benefit of both institutions. Dr. M. Kailasam, Principal Scientist & Head-in-Charge, Fish Culture Division briefed about the research work carried out at Muttukkadu Experimental Station of CIBA on the larviculture and seed production of candidate brackishwater species, where the two institutions will be collaborating in the first place. All HoDs/in-charges, scientist from different divisions were present on the occasion. In the beginning, Dr. T. Ravisankar, In-charge of Institute Technology Management Unit (ITMU) welcomed the gathering wherein heads of various divisions and Scientists from various divisions participated in the event. Dr. R. Geetha, ITMU delivered the vote of thanks. 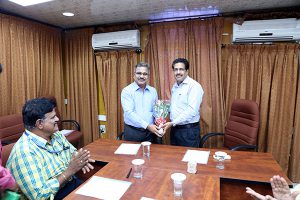 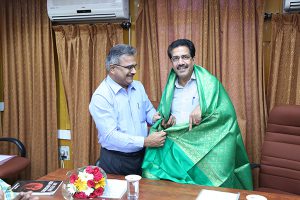 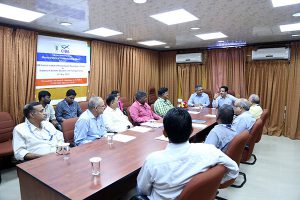 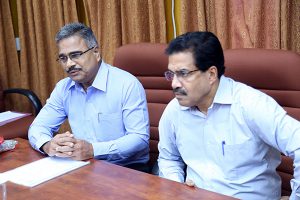 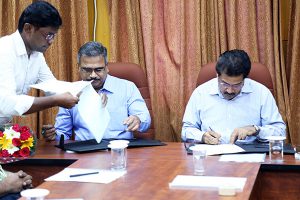 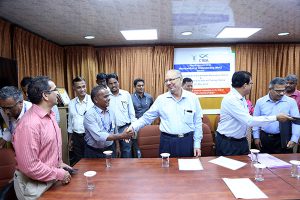