ICAR-CIBA and Mangrove foundation of Maharashtra jointly demonstrated the successful Cage farming of Asian Seabass in the brackishwaters of Sindhudurg District, Maharashtra, through a joint project on the ‘Livelihood security of coastal fisher community’, on 15 June 2019

The brackishwater resources can be used only for fish farming and the production of healthy food, as these waters are unusable for irrigation, drinking and any other purpose unlike fresh waters. Due to the multi user demands for fresh water, brackishwaters are the only option to enhance the fish production and livelihood support of fishers and doubling of their income, as envisaged by the Govt. of India.

In this direction, the ICAR-CIBA, Chennai in collaboration with Mangrove Foundation, Govt. of Maharashtra is implementing the project on “Brackishwater cage culture with multi-trophic candidate species in diverse rearing systems for alternate communities living near the mangroves. The self-help groups formed under the project, undertaken the cage farming of Asian Seabass fish (Lates calcarifer), using the hatchery produced seeds and formulated feed (Seabass plus) , in customised cost-effective cages. The first harvest of farmed seabass from one of the cages was conducted on 15th June 2019, at the cage farming site, Malvan, Sindhudurg, Maharashtra, along with an interaction meeting of the self-help groups and the farmers from the region. About 526 kg of Seabass fish harvested, each weighing about 500 g was sold to a domestic fish trader at the site itself. A sum of Rs.2.0 Lakh was realised and handed over to the beneficiary fishers.

During the interaction session, Dr. K.K Vijayan Director, CIBA and Chief Guest of the programme, highlighted the scope of brackishwater cage farming as a model for the production of healthy food, employment generation and increasing the income of the coastal folks. Shri.N.Vasudevan, Additional Principal Chief Conservator of Forests (APCCF), and Executive director, Mangrove Foundation, Govt. of Maharashtra articulated that the cage farming is the first step towards Blue-Green Revolution in brackishwater, where the fish production along with providing livelihood for the coastal folks and protection of Mangrove resources are achieved. Dr. Clement Ben, Chief Conservator of Forests, Kolhapur, stressed the importance of partnership between research institutions such as ICAR-CIBA, State Government agencies and the stakeholders. Participants from the Mangrove Foundation, farmers, representatives of the Gram Panchayat and members of the Self Help Groups who operated the cage farming units, expressed their satisfaction about the project and stated that they would render their support for its further strengthening and propagation in the region.  Shri. Kandalkar and Shri Manjrekar Sarpanches of Tondavali and Hadi village panchayats respectively thanked ICAR-CIBA & Mangrove Foundation for implementing this programme for creating employment and income generation for the villagers through cage farming and the need to expand the programme across coastal districts of India as a model for enhancing the livelihood security of coastal communities. Mr. Pankaj Patil and Mr. Tanveer Hussain, Scientists, ICAR-CIBA, Navsari Gujarat Regional Centre of CIBA and Project Investigators coordinated the event. 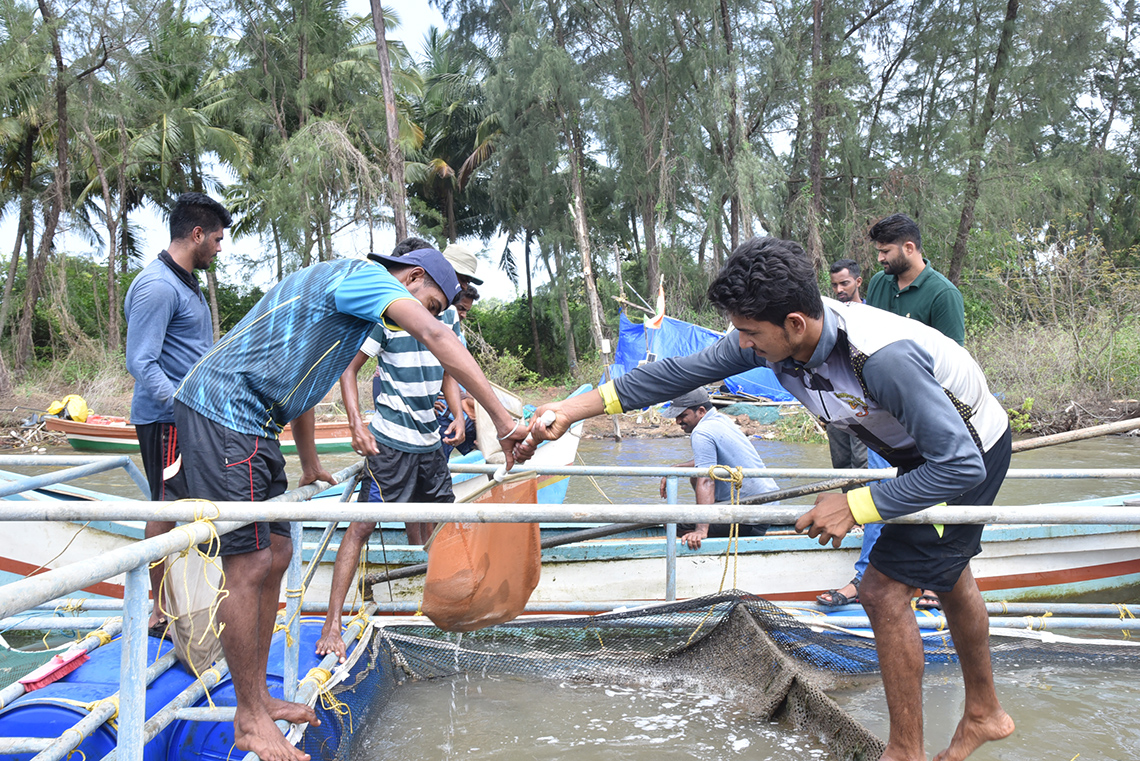 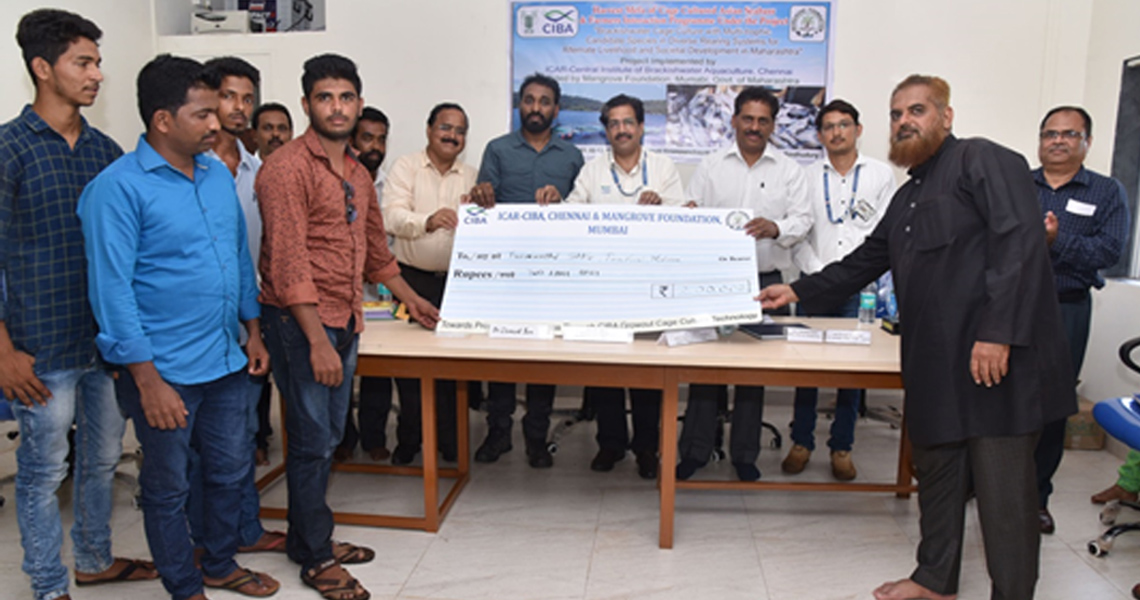 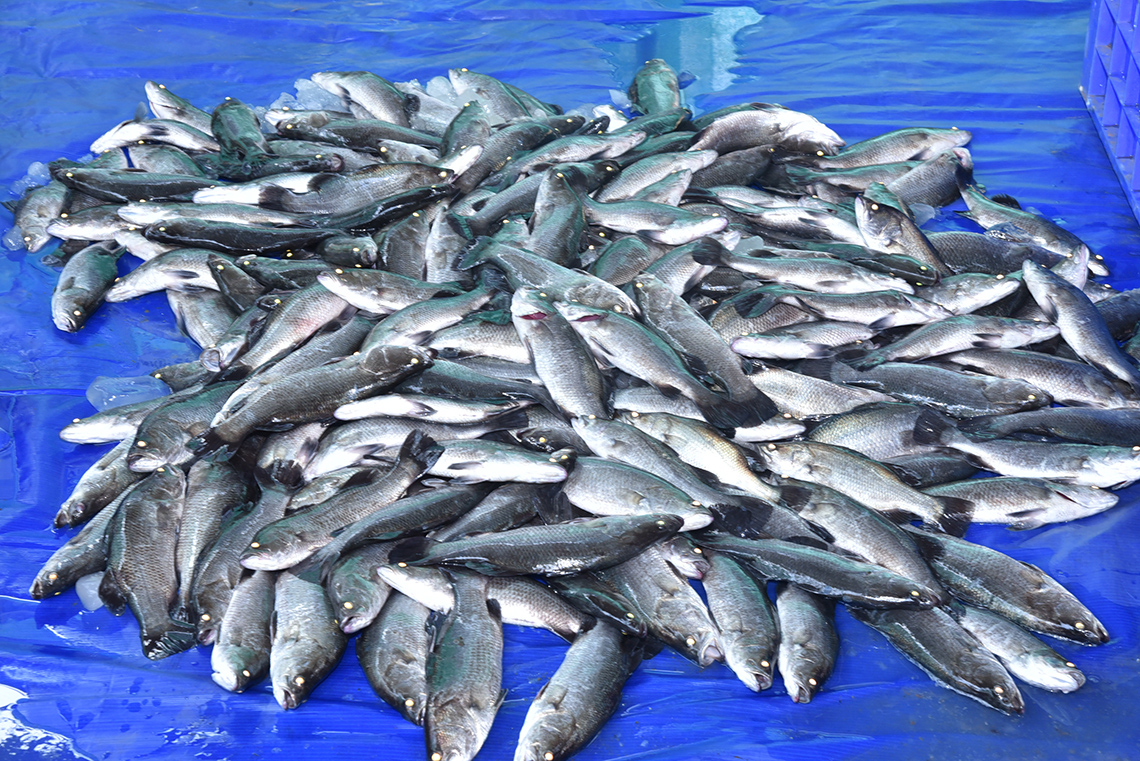