ICAR-Central Institute of Brackishwater Aquaculture signed MoU with Raj Hatcheries (Bengal) Pvt. Ltd., East Midnapur district, West Bengal on 17th Sep, 2019 for transfer of milkfish (Chanos chanos) hatchery technology and to set up a state of the art finfish hatchery in West Bengal. Milkfish is a fast-growing, euryhaline and herbivorous brackishwater food fish can be farmed in fresh, brackish and marine waters. CIBA achieved a breakthrough in the breeding of milkfish in captivity in 2015, and subsequently perfected the hatchery seed production and farming technologies. Considering the demand and preference for milkfish by local population in West Bengal, CIBA has already been taking efforts to popularize milkfish as ‘Decan Hilsa’ in West Bengal, which has been well accepted by the local population, where the farmed fish obtained a profit margin of Rs 60-100 per kg of fish.  A value chain has been already established, through the farming of milkfish in West Bengal using hatchery-produced milkfish seed from CIBA’s experimental finfish hatchery at Muttukadu, Chennai.  West Bengal is vested with 4,000,00 ha of brackishwater resources, which offers tremendous opportunity to undertake milkfish farming, and thereby increasing the fish production.

Technology support under this MoU covers, broodstock development in captivity, induced breeding, seed production and rearing. According to the agreement the technical assistance will be given in two phases. In first phase hatchery produced fertilized eggs of milkfish from CIBA hatchery will be given to client for further rearing to produce stockable size milkfish seeds. Simultaneously sub adults of milkfish will be obtained from farms and wild to build the broodstock to start the second phase followed by hatchery production of milkfish seeds in West Bengal. This joint effort by CIBA and Raj Hatcheries would be able to provide quality milkfish seeds round the year in West Bengal and neighbouring states. This is also expected to provide the livelihood support to the fisher folks and coastal population.

The MoU was signed at CIBA headquarters in the presence of Dr K. K. Vijayan, Director, CIBA, scientists of CIBA and Mr. Arokiaswamy, Managing Director, Raj hatchery. On this occasion, Dr K K Vijayan emphasized that brackishwater aquaculture is one of the vibrant farming sectors, and CIBA’s research findings have direct applications in the field. He also said milkfish being an herbivore which also accepts low protein feed, cost of production is only in the range of Rs. 90-120 to a size of 500 gm in 6 months, with market price of Rs 150-250.    Mr. Arokiaswamy pointed out that the scope for utilization of vastly underutilized brackishwater bheries available in West Bengal where milkfish aquaculture can make a significant impact and this MoU will help to achieve the goal. Dr. T. Ravishankar, Principal Scientist & Scientist In-charge, ITMU introduced the client to the gathering. Dr. M. Kailasam, Head-in-Charge and Dr. Aritra Bera, Scientist, Fish Culture Division explained the technicalities involved and in milkfish breeding and scope for expansion of milkfish farming in Bengal region. The program was ended with vote of thanks by Dr P.K Patil, Principal Scientist, ITMU of CIBA. 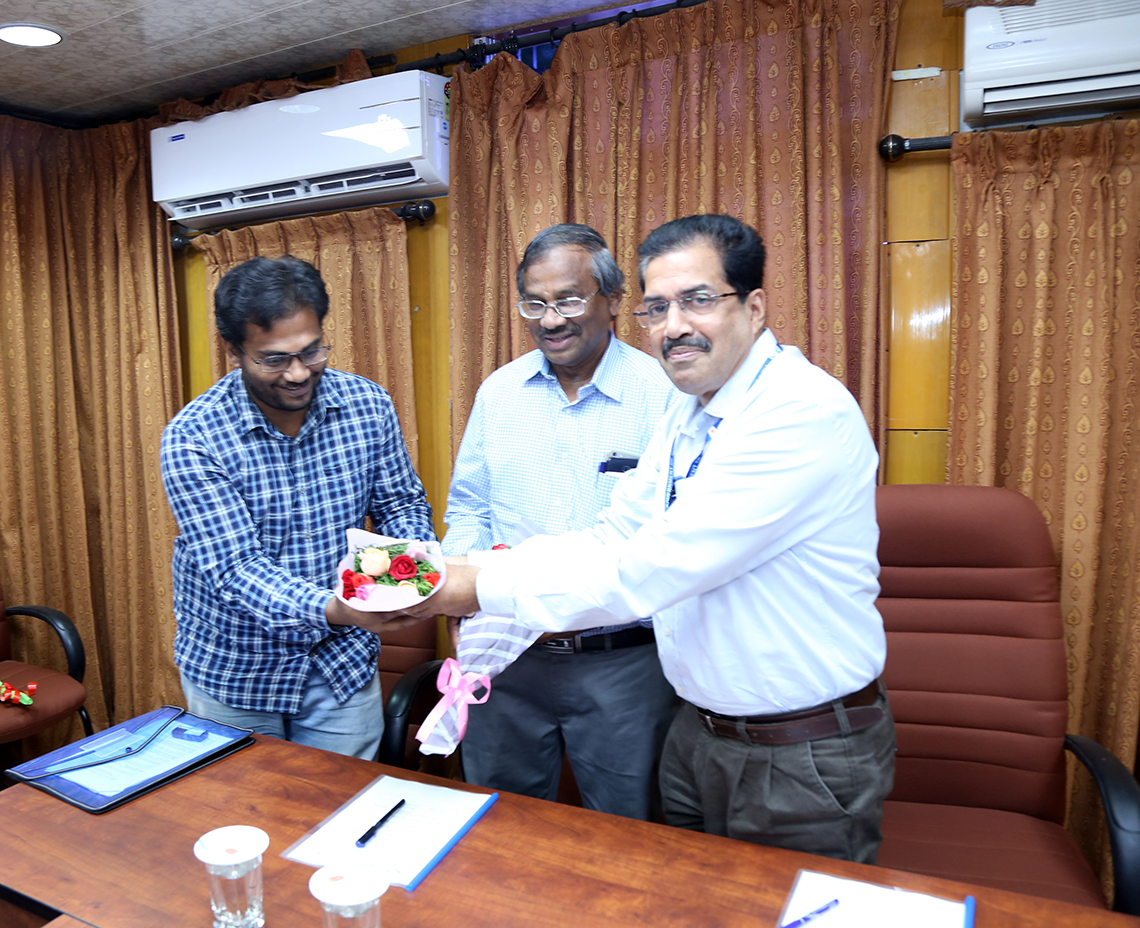 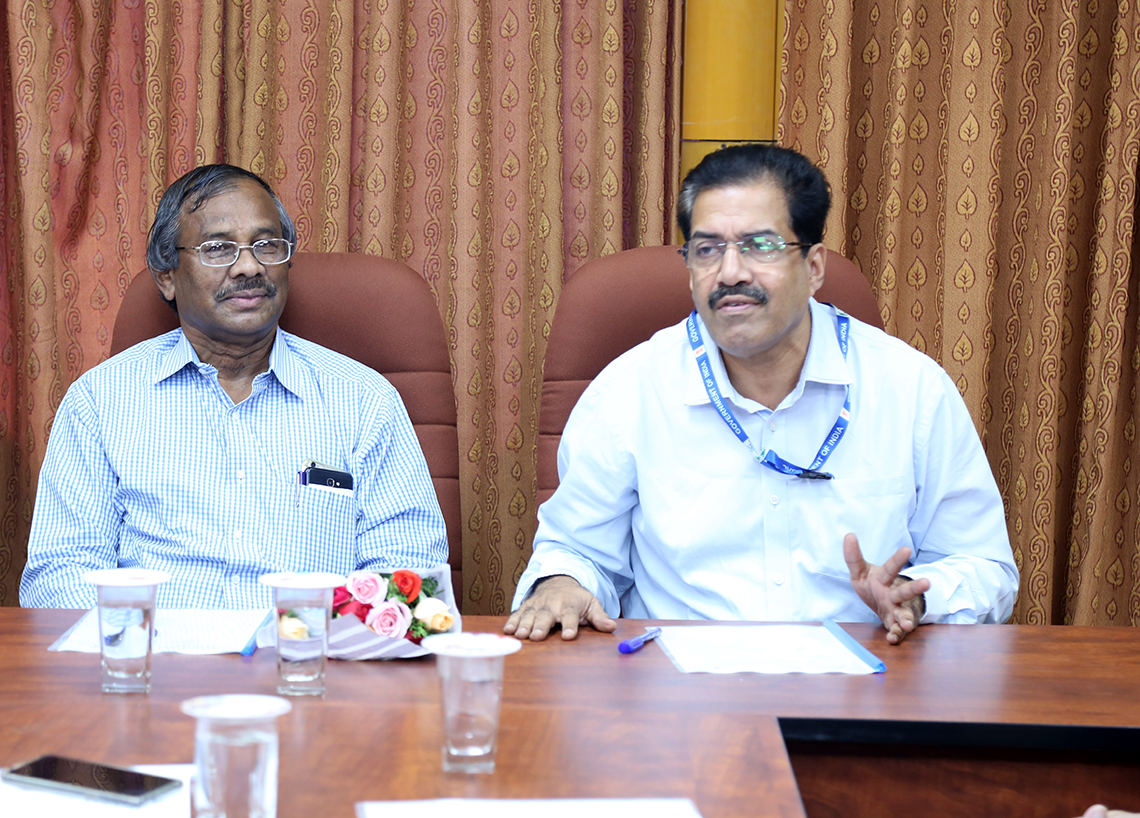 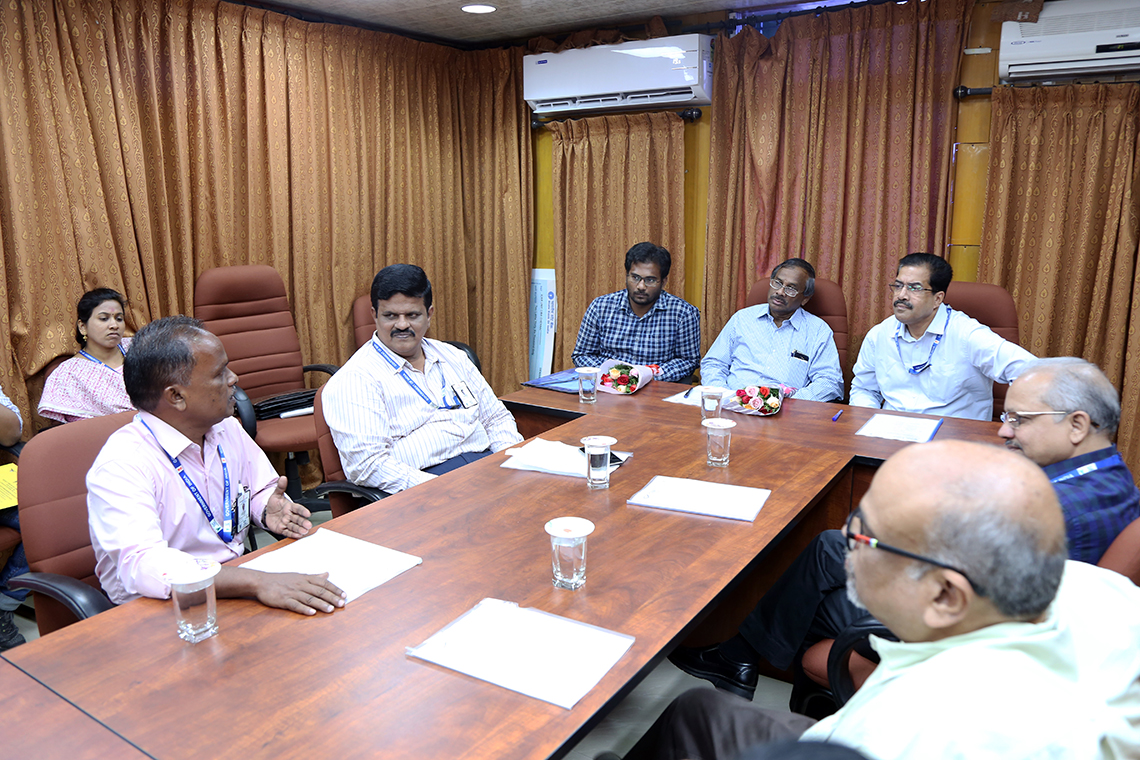 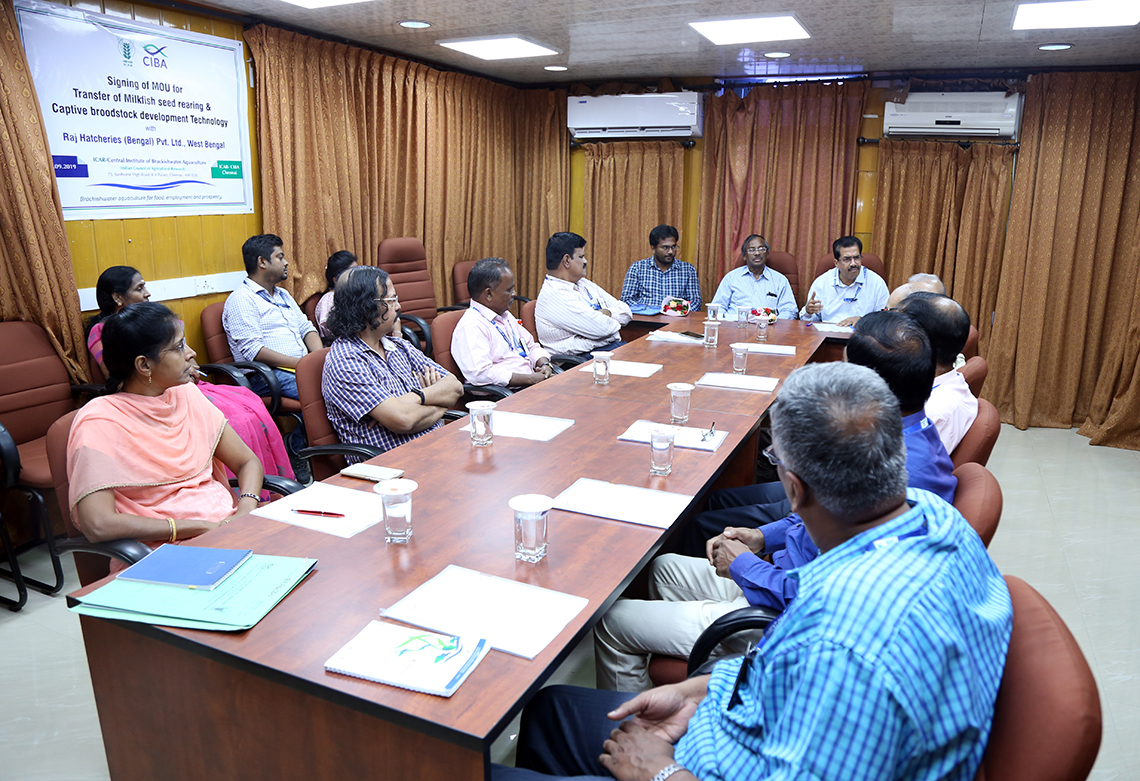 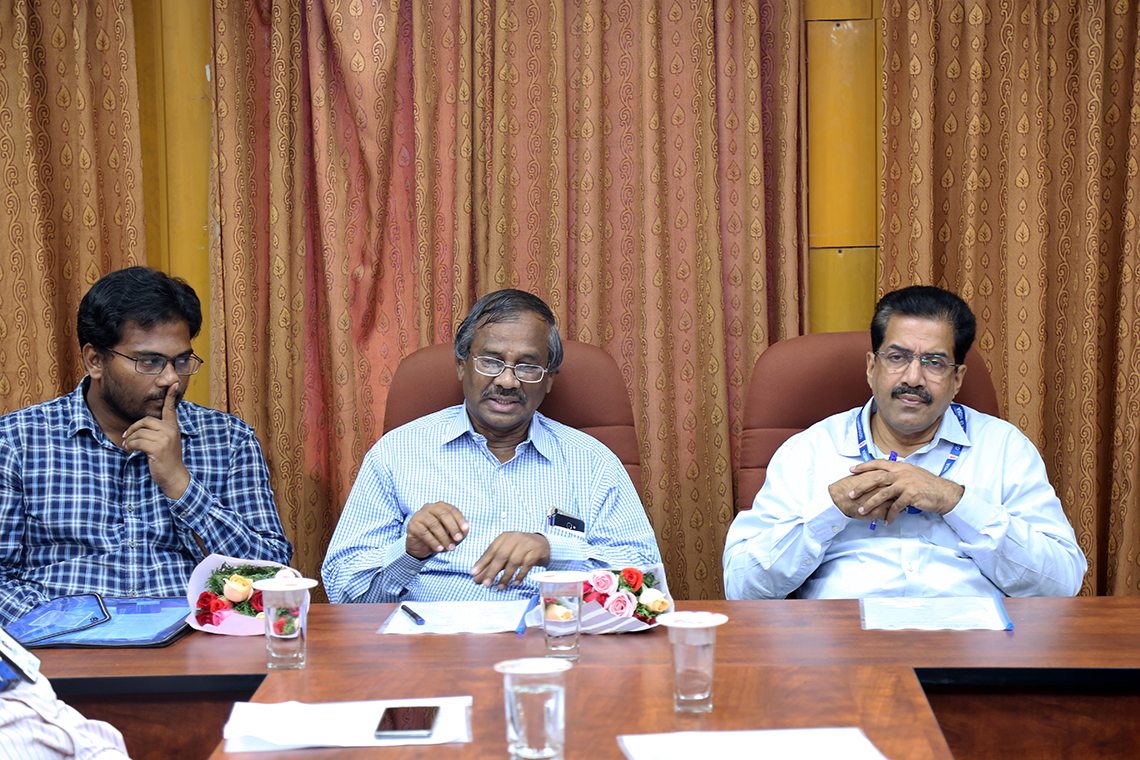 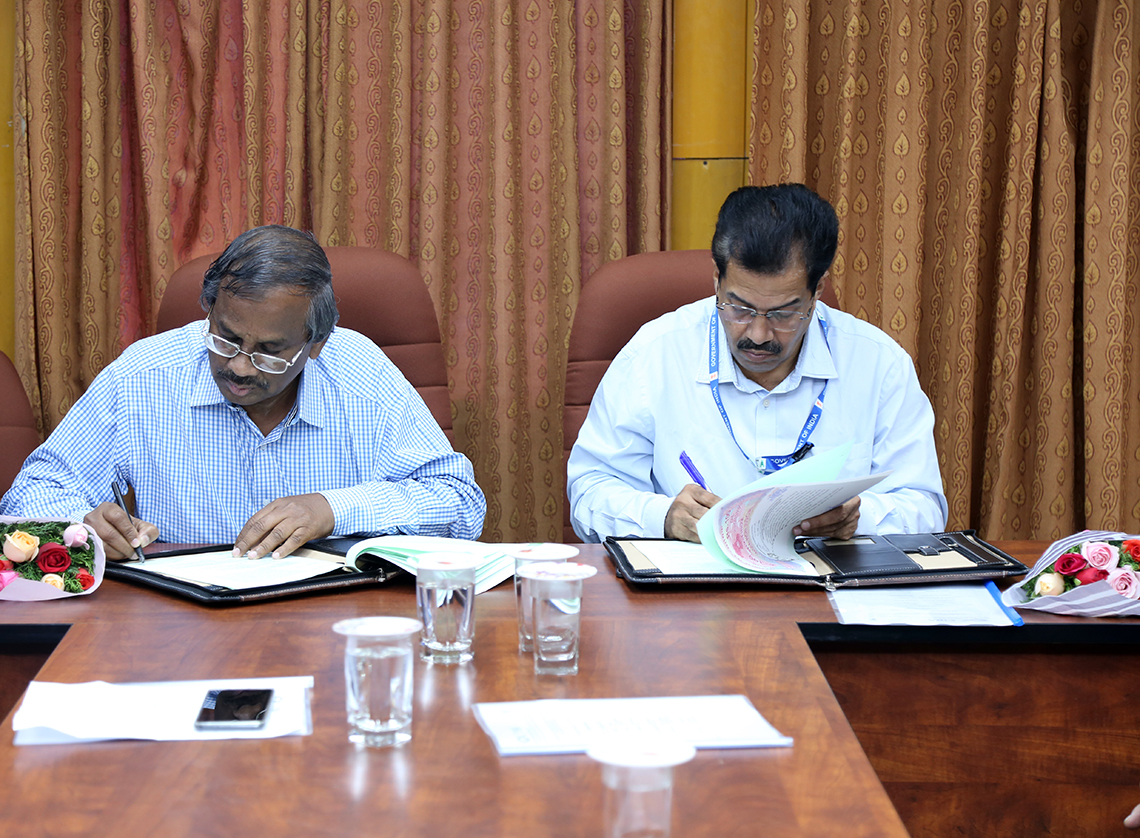 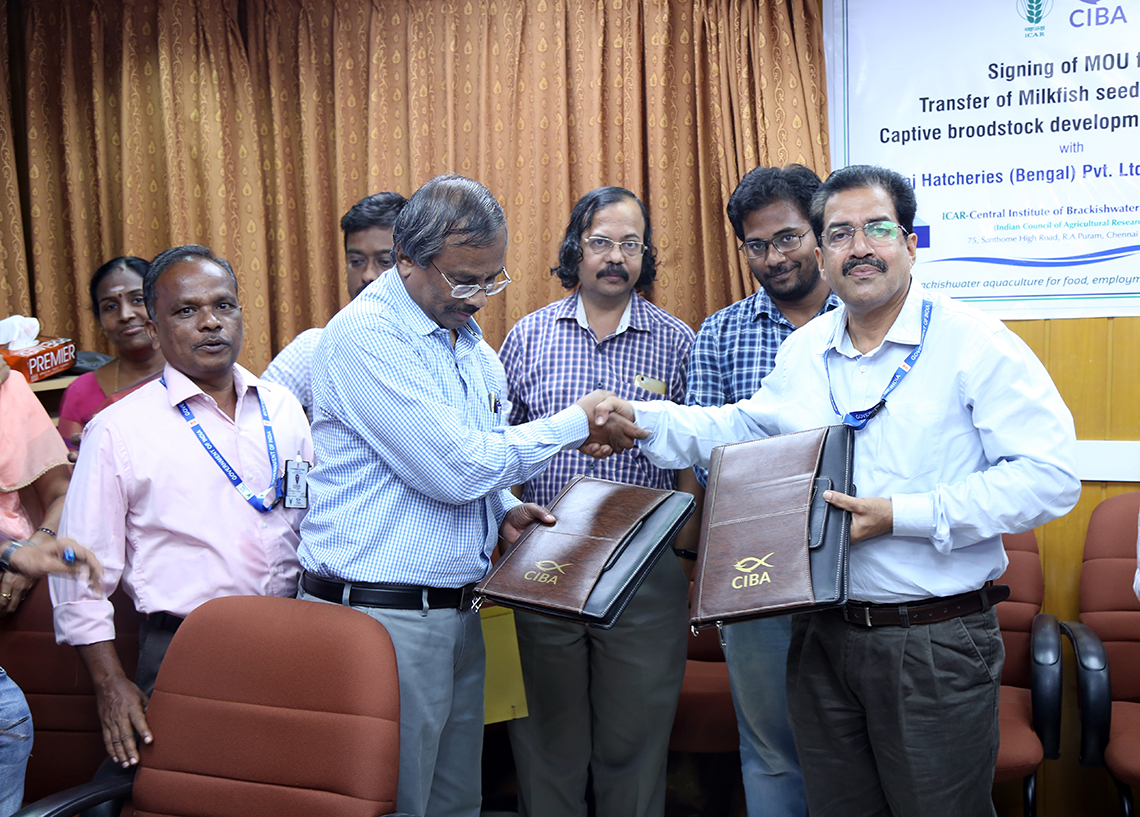