Pacific white shrimp (Penaeus vannamei) is the popular species being farmed in India, which constitute 90% of the farmed shrimp production, valued at Rs.30,000 crores.  This single species focus based on imported Specific Pathogen Free (SPF) broodstock of vannamei, raises serious question on the sustainability of the sector. It is important to have back up strategies in place with complimentary shrimp species preferably a native candidate species. Indian White Shrimp (Peneaus indicus) is an important species is being gaining importance in the Indian shrimp farming. ICAR-CIBA has already initiated the programme on domestication and demonstration of P.indicus on a pilot mode. In order to give a fillip to the programme, Smt. Rajni Sekhri Sibal, IAS, Secretary, Department of Fisheries, Ministry of Fisheries, Animal husbandry and dairying visited ICAR- CIBA on 25th September 2019 and reviewed the available infrastructural facilities for initiating a national level programme on selective breeding of Penaeus indicus, involving the Research Institutions, Developmental Departments and private sector and farmers on consortium mode. The secretary visited the shrimp and finfish hatchery complex located at the Muttukadu Experimental Station of CIBA and the Penaeus indicus farming facility located in the station.

In her presidential remarks, the secretary emphasized the importance of aquaculture as a sector which has huge potential to increase the fish production, economy and societal development. Highlighting the fact that shrimp constitutes 80% of total export value, she cautioned that, it is high risk to depend only on a single exotic shrimp species Penaeus vannamei. She cited the history of shrimp aquaculture in India where vannamei replaced the original native species of P.monodon. She emphasized to have a plan-B taking P.indicus as a complimentary species to P. vannamei. While acknowledging the efforts made by the CIBA in the P. indicus she felt that this needs to be taken up on a broader scale with the cooperation of all the key stakeholders.  Apart from shrimp P.indicus, she also pointed out the need of  taking up and propagating finfishes such as Seabass and Mudcrab,  on a bigger scale with the involvement of state governments. Progressive shrimp farmers from Tamil Nadu, Kerala, Andhra Pradesh and Odisha those were part of CIBA’s indicus demonstration programme shared their experience with the secretary and stressed the need to have a national programme. They highlighted the comparative disease resistance ability and better feed conversion ratio of P. indicus compared to P. vannamei. Representatives from corporate sectors like SAP, AISHA and SEAI unanimously supported the proposed indicus research programme and pointed out that as at present P.indicus seeds are produced from wild broods and it is not logical to compare with the genetically improved SPF vannamei, for the last two decades.

Shri.K.S.Srinivas, IAS, Chairman, MPEDA indicated that selective breeding of indicus is highly essential and species diversification, area expansion and productivity enhancement as “three mantras” for a better future he added. In her concluding remark, Secretary, Fisheries insisted on finding the existing gaps and bringing them together to work on it and have a successful project on indicus. She endorsed the proposal of CIBA in having a consortium for this project. She suggested all the State Government Departments to initiate plans and establish hatcheries and nurseries of other species mentioned above. Finally, she hoped that with the combined effect of Government of India, MPEDA, NFDB and private entrepreneurs, this project should be initiated which is the need of this hour. 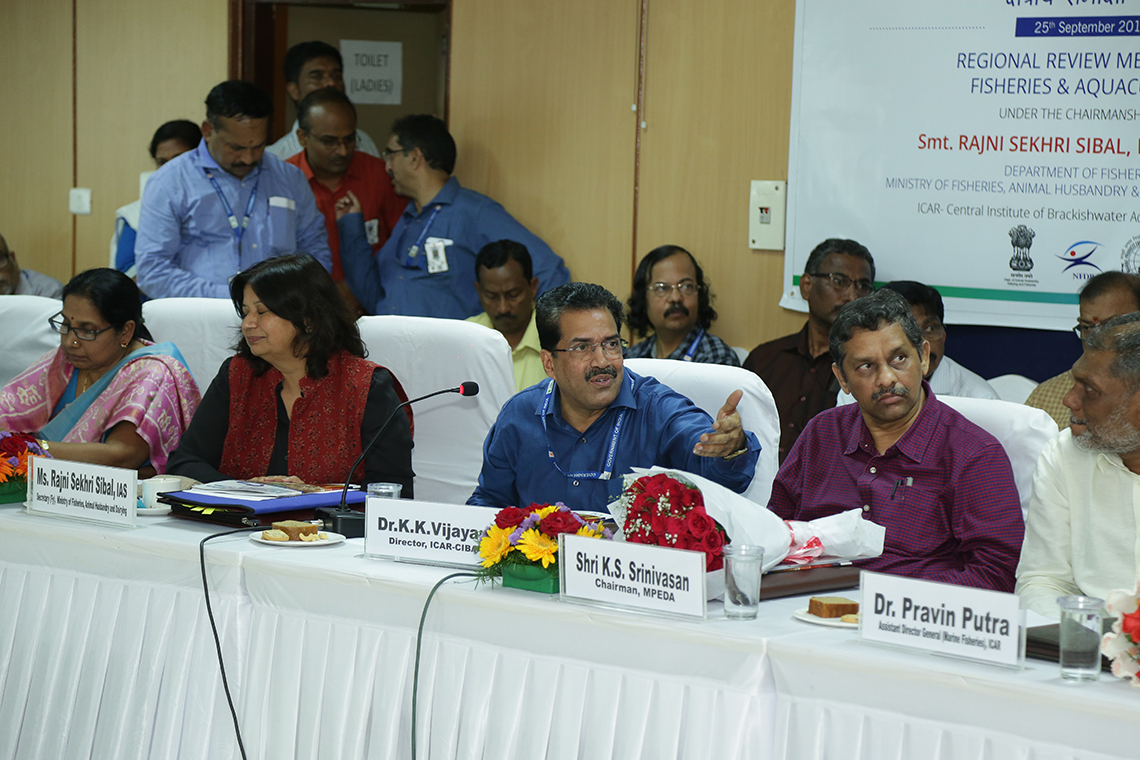 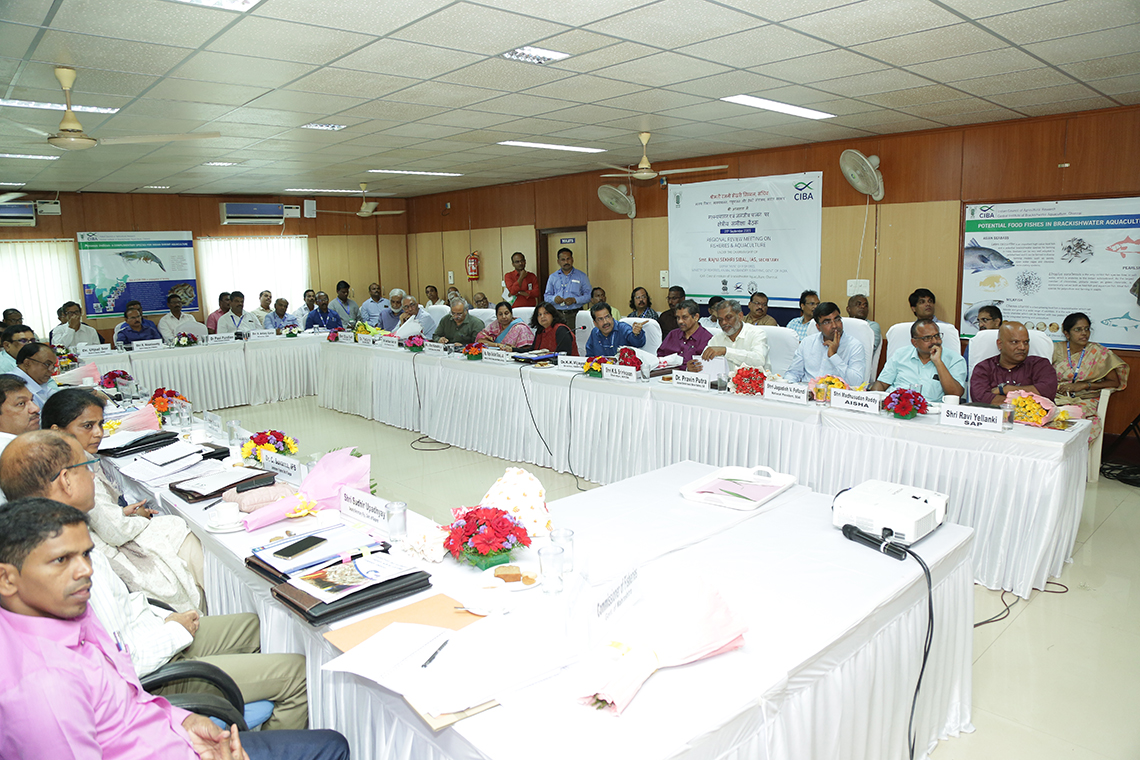 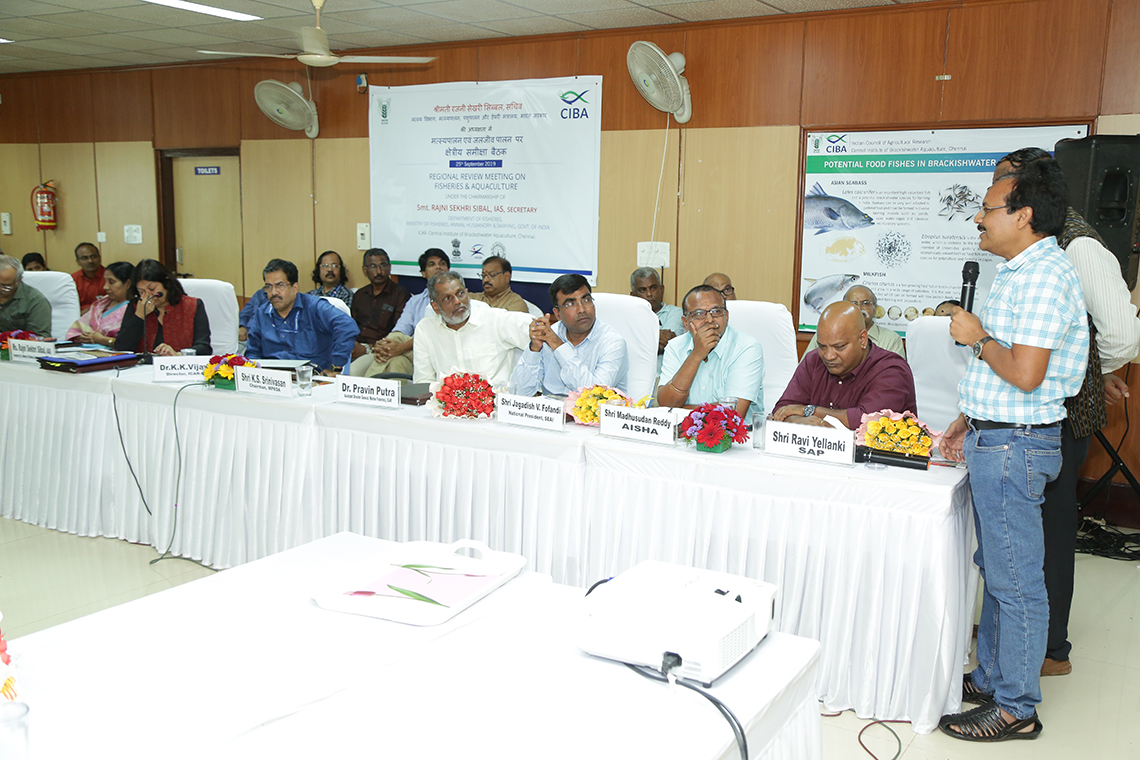 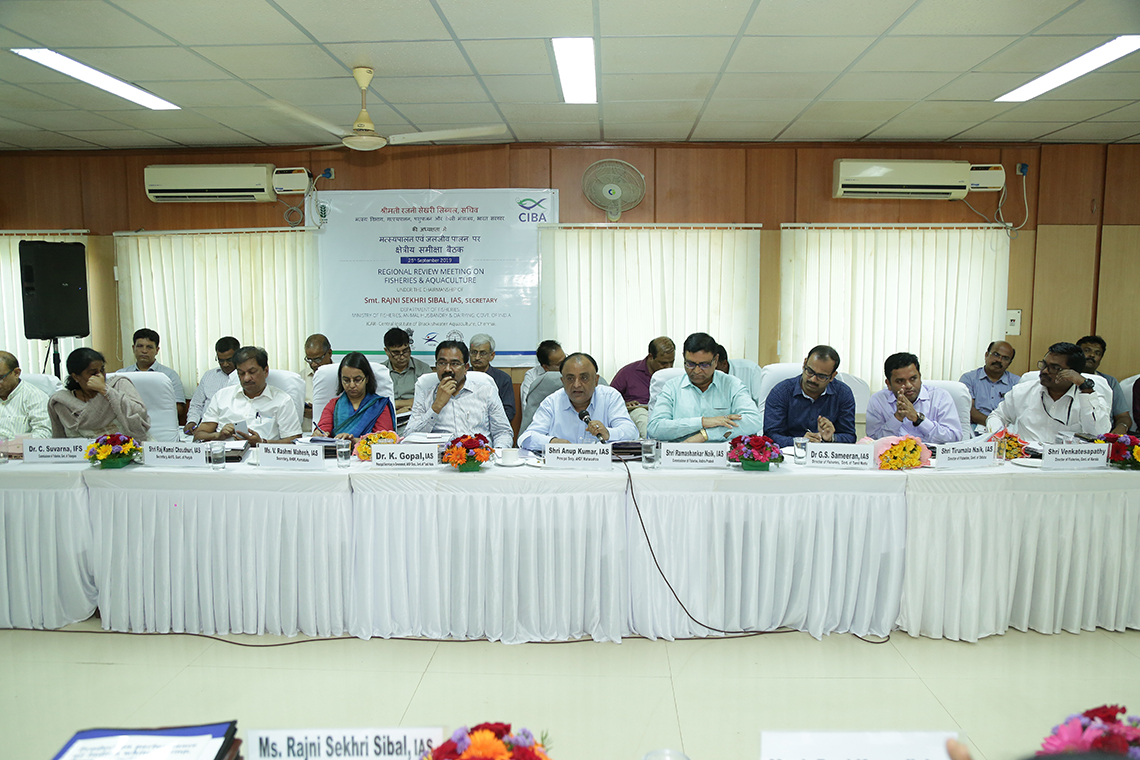 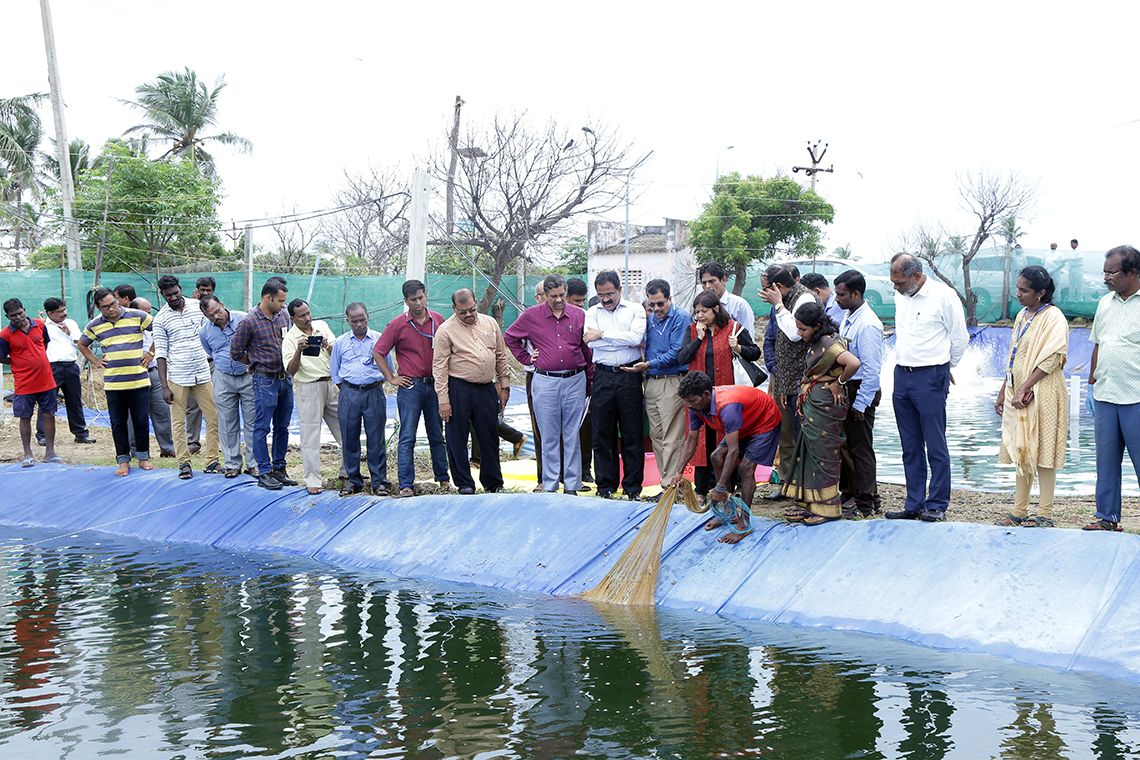 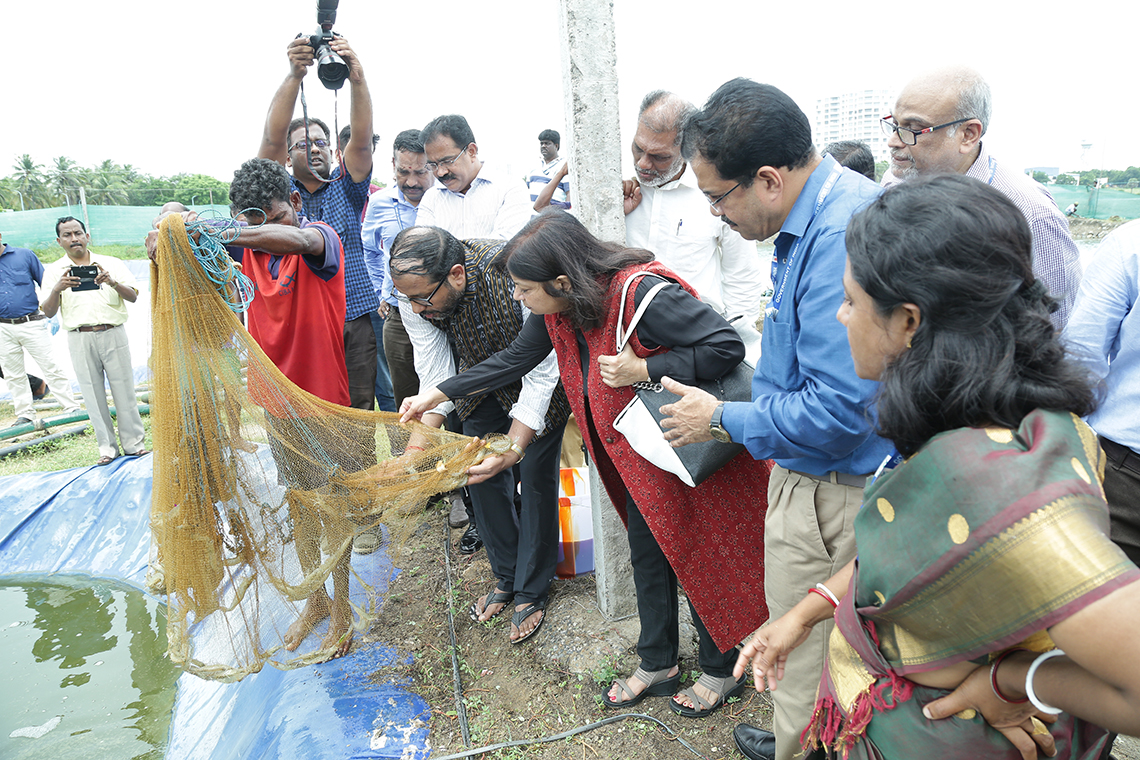 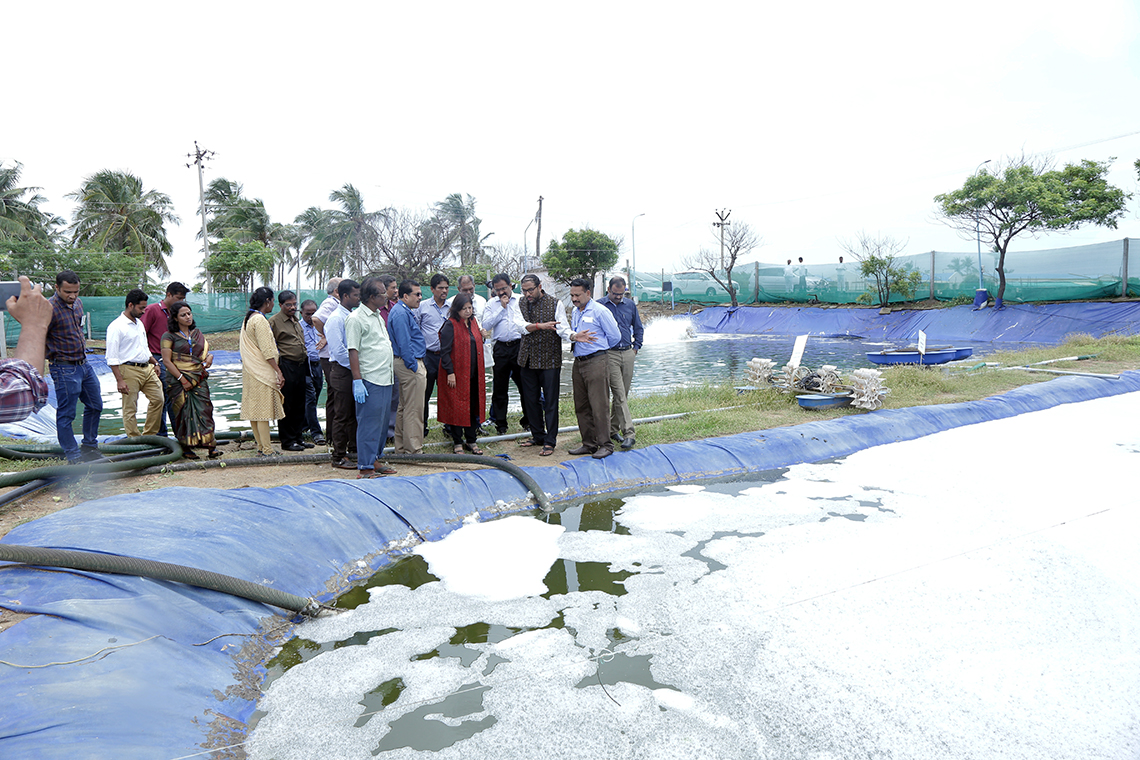 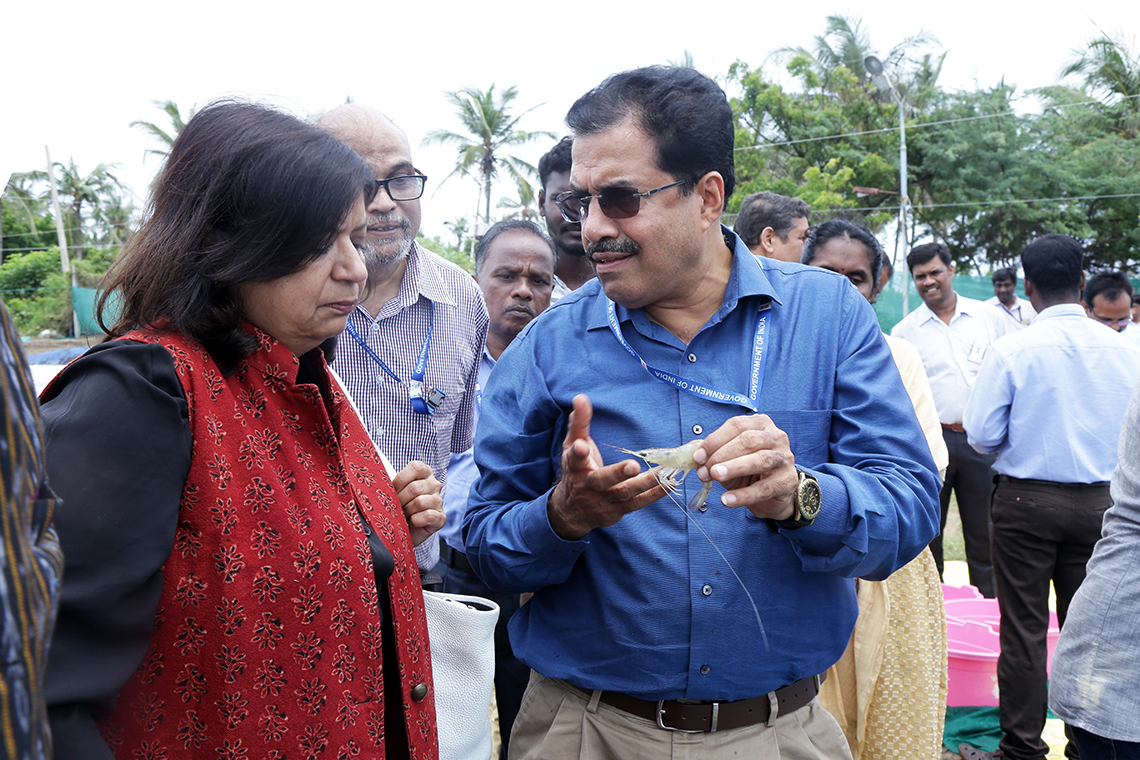 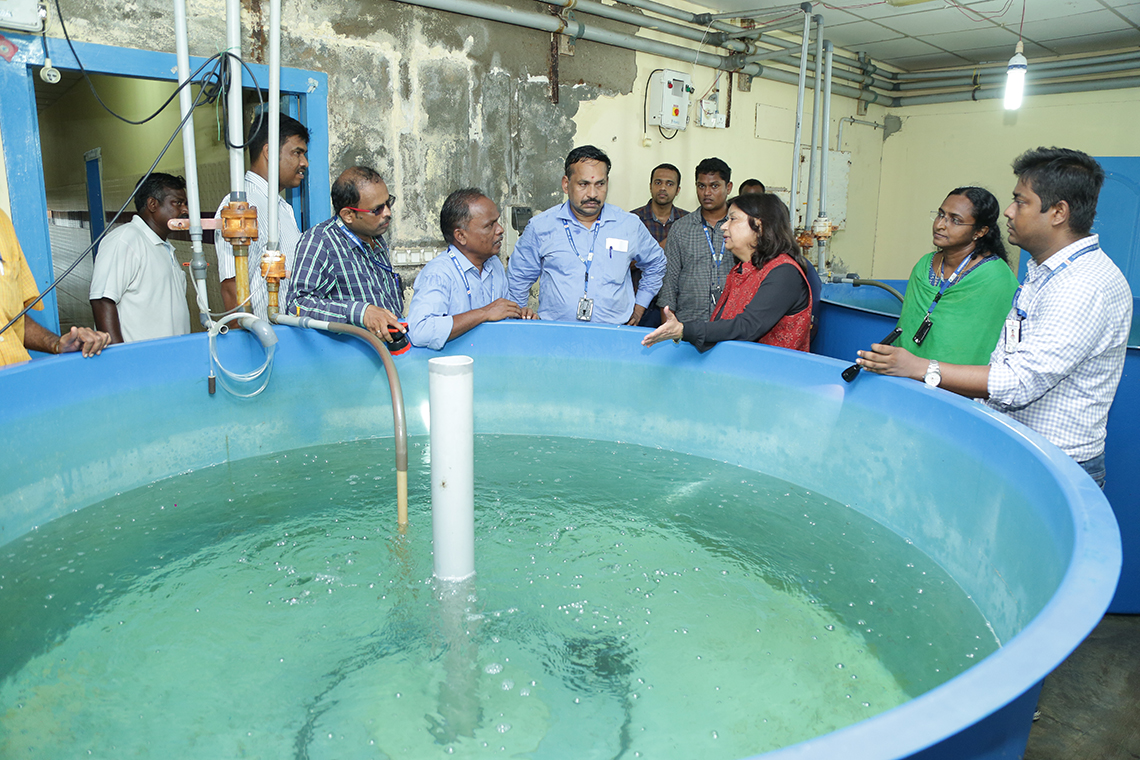 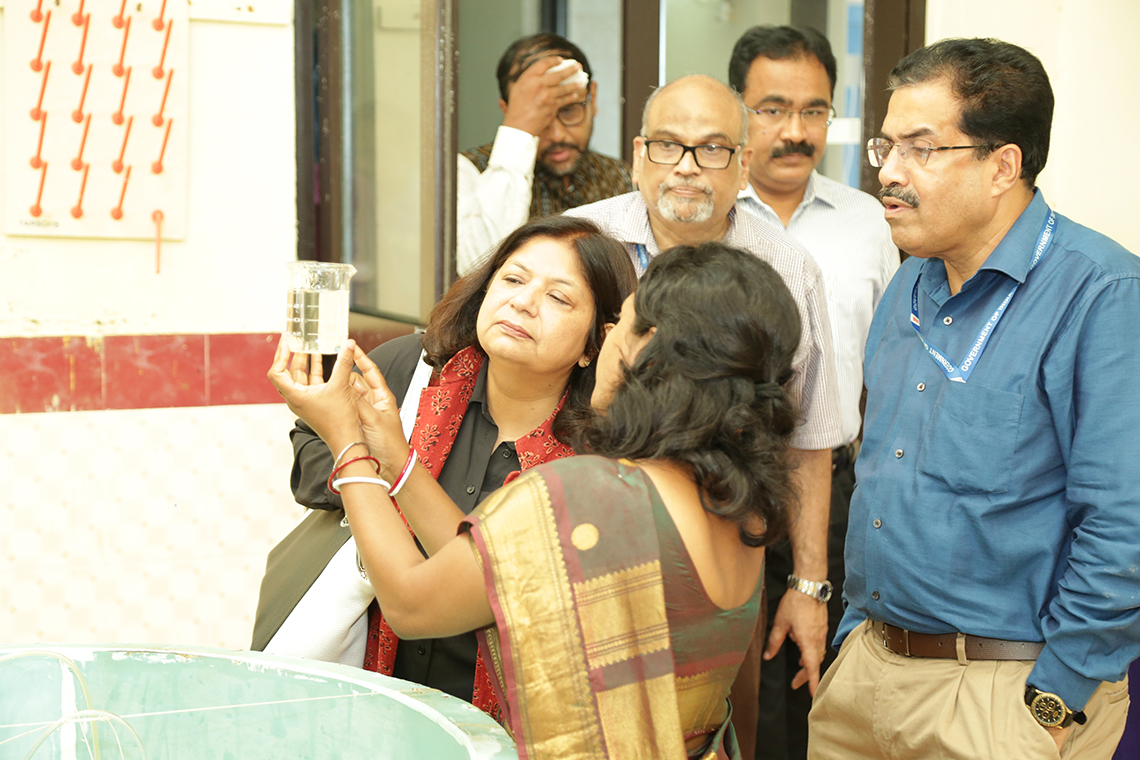 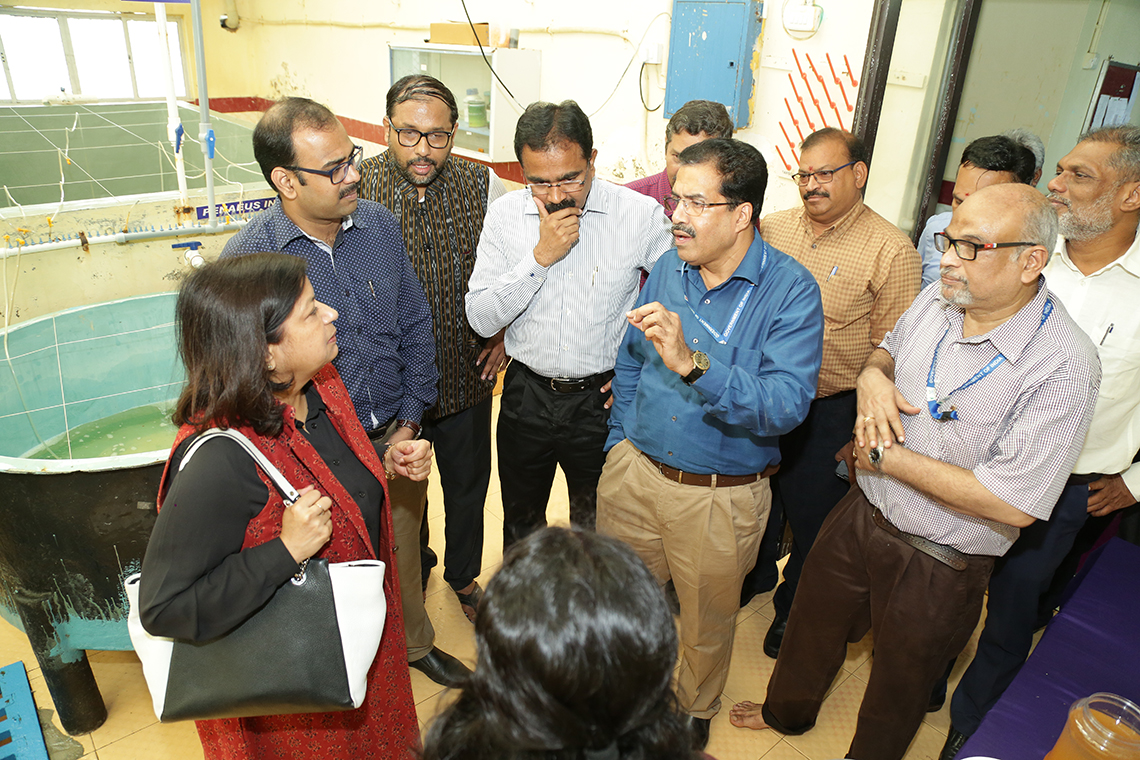