Indian white shrimp (Penaeus indicus) is an indigenous species of shrimp, with wide salinity tolerance and optimal growth characteristics making it a candidate species for brackishwater aquaculture in the country. Being native to India, the species is more resilient and refractory to array of diseases that generally affect the vannamei shrimp. In this regard, ICAR-Central Institute of Brackishwater Aquaculture (CIBA) has been promoting this species as a complimentary species to the exotic vannamei shrimp to sustain Indian shrimp aquaculture production. Quality P. indicus seed (PL15) produced CIBA shrimp hatchery at Muttukkadu, Chennai screened for WSSV and EHP was stocked at a stocking density of 33 PL/m2.  Shrimp attained an average body weight (ABW) of 16.5 g in 140 days with a mean survival of 95% resulting in a total production 5 tonnes/ha. Shrimps were fed with CIBA shrimp feed specially formulated for P. indicus having 37% crude protein and the FCR was 1.45. The shrimps were sold at a farm gate price of Rs. 270/Kg against a production cost of Rs. 230/Kg. In polyculture with Milk fish (Chanos Chanos) a low cost technology that has been standardised by the centre with low input cost and higher profits resulted in a production of 500 Kg shrimp and 200 Kg milkfish from 0.2 ha pond stocked with 35,000 shrimp and 1000 milkfish in a period of 4-5 months. Both the monoculture and polyculture farming trials clearly indicates that      P. indicus as a candidate species for the Indian west coast wherein it can be used as a supplementary species to the exotic vannamei owing to its optimal growth and high euryhaline physiology.

To exhibit the technology among the farmers, NGRC of CIBA along with Department of Fisheries, Govt. of Gujarat, jointly organised a harvest mela cum farmer’s interaction meet on 19th October, 2019 at the BARD farm, Matwad village, Navsari. The interaction was inaugurated by Dr. C. G. Dangaria, Vice Chancellor, Navsari Agriculture University (NAU), Navsari in the presence of Dr. K. K. Vijayan, Director, ICAR-CIBA, Chennai. Around 120 participants including village panchayat president, progressive fish and shrimp farmers, CIBA scientists Dr.M.Kailasam and Dr. M.Muralidhar, Mr.R.K.Babu, FAO, CIBA, Chennai, officials of NAU and department of fisheries, Govt. of Gujarat, farmers, students, and shelf help group members participated in the programme. Dr. C. J. Dangaria, congratulated the CIBA Scientist team for developing the farm within a short period and emphasised on the importance of native Indian white shrimp for Indian aquaculture. Dr. K. K.Vijayan, Director, ICAR-CIBA in his presidential address mentioned that the NGRC centre is dedicated for brackishwater aquaculture development in Gujarat and the west-coast as a whole through introduction of new farming systems and diversified aquaculture species for sustainable growth. He also stressed on collaborative research work involving research institutes, universities and state departments as partners is the right model for brackishwater aquaculture development for benefit to farmers. Shri. N. F. Patel, Deputy Director, Fisheries Department, Govt. of Gujarat, in his special address promised that fisheries department would extend all the support to the NGRC centre.

Dr. P.Mahalakshmi, Nodal Officer, NGRC of CIBA, explained about the facilities established for nursery rearing of seabass, milk fish and pearl spot under the SC and ST sub-plans in BARD farm, Navsari, which are being utilised for training and the livelihood enhancement of tribal communities. The Om Sai Self Help Group, Matwad village who operated these nurseries generated revenue of Rs.1.8 lakhs and the said sum in the form of cheques were distributed to them during the function. The programme was coordinated by Mr.Pankaj Amrut Patil, Scientist & Officer-In-Charge, Mr.Jose Antony and Mr. Tanveer Hussain, Scientists NGRC of CIBA, Dr.P.Mahalakshmi, Principal Scientist & Nodal Officer, NGRC of CIBA, Chennai. 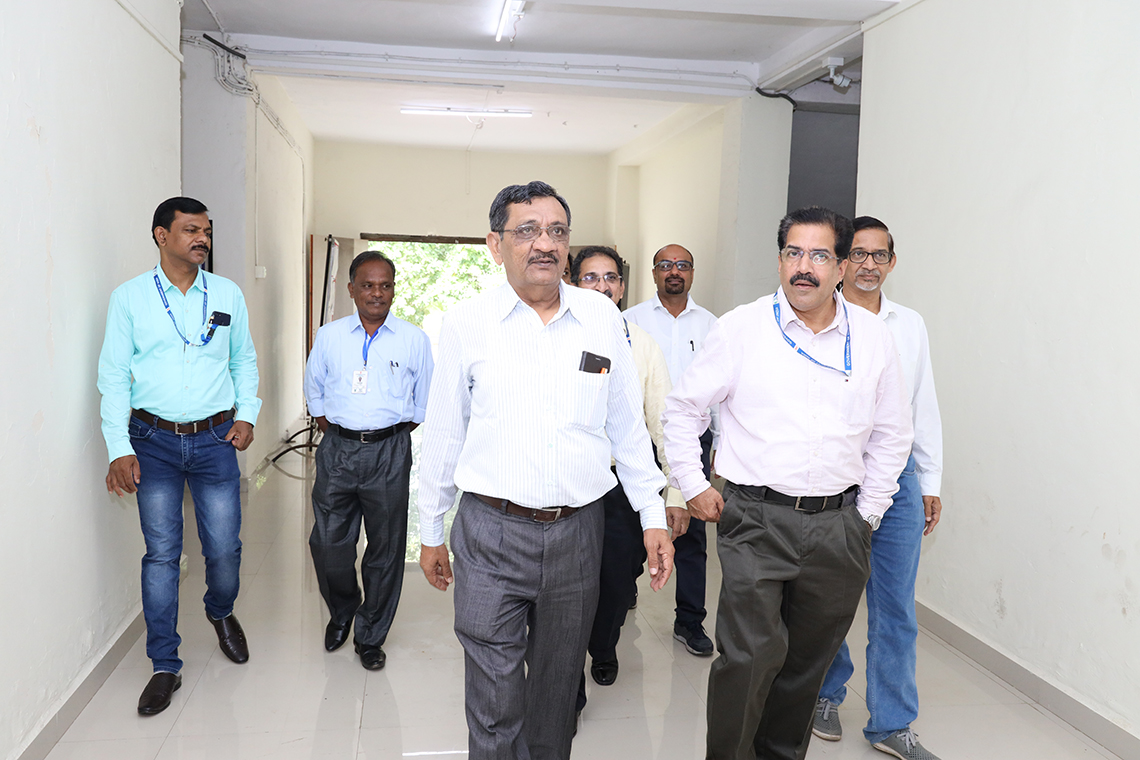 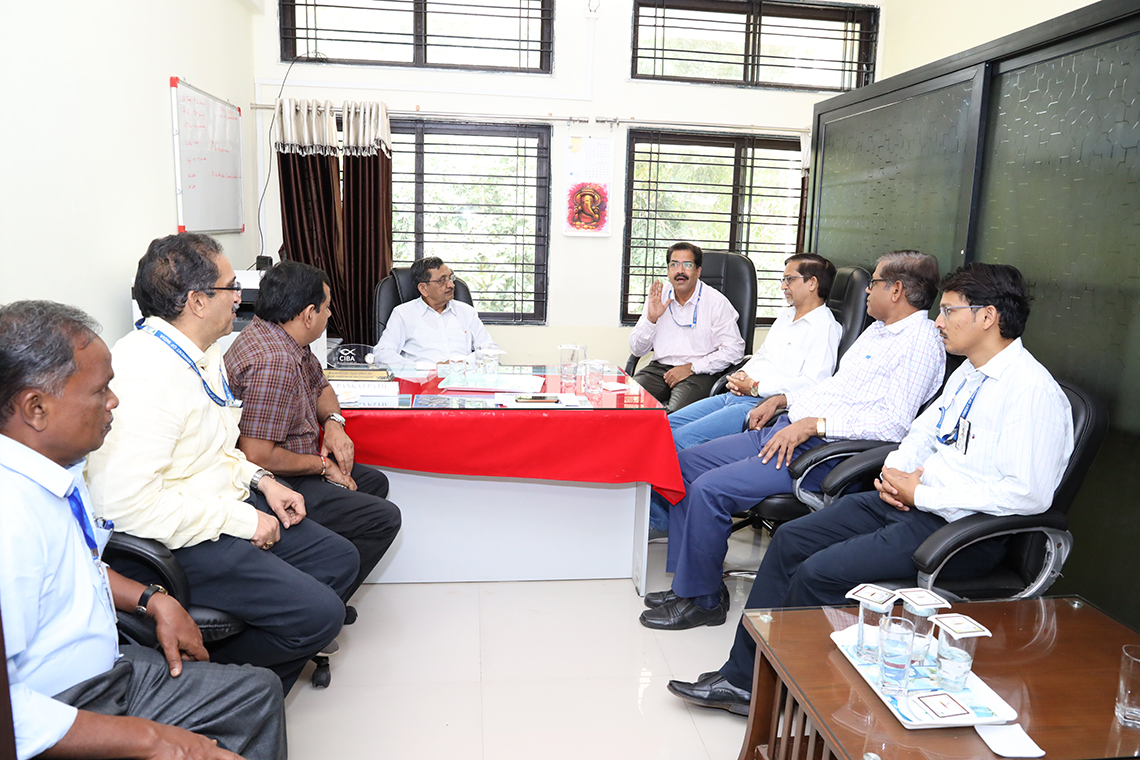 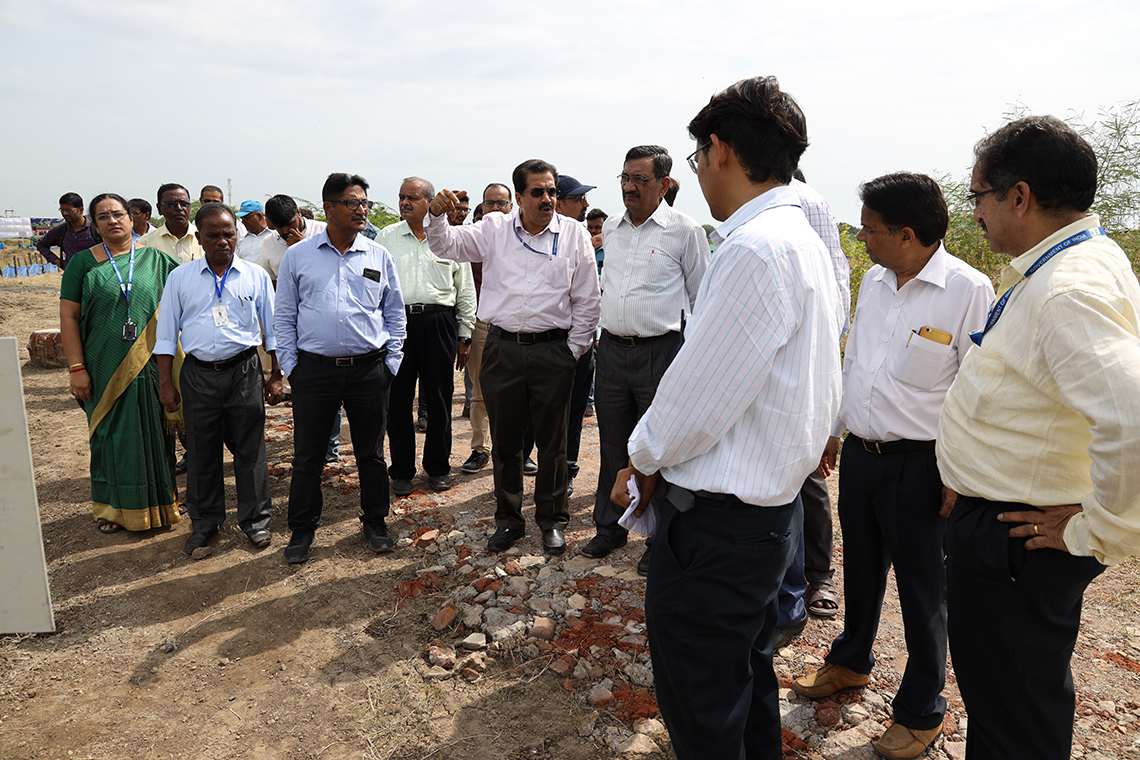 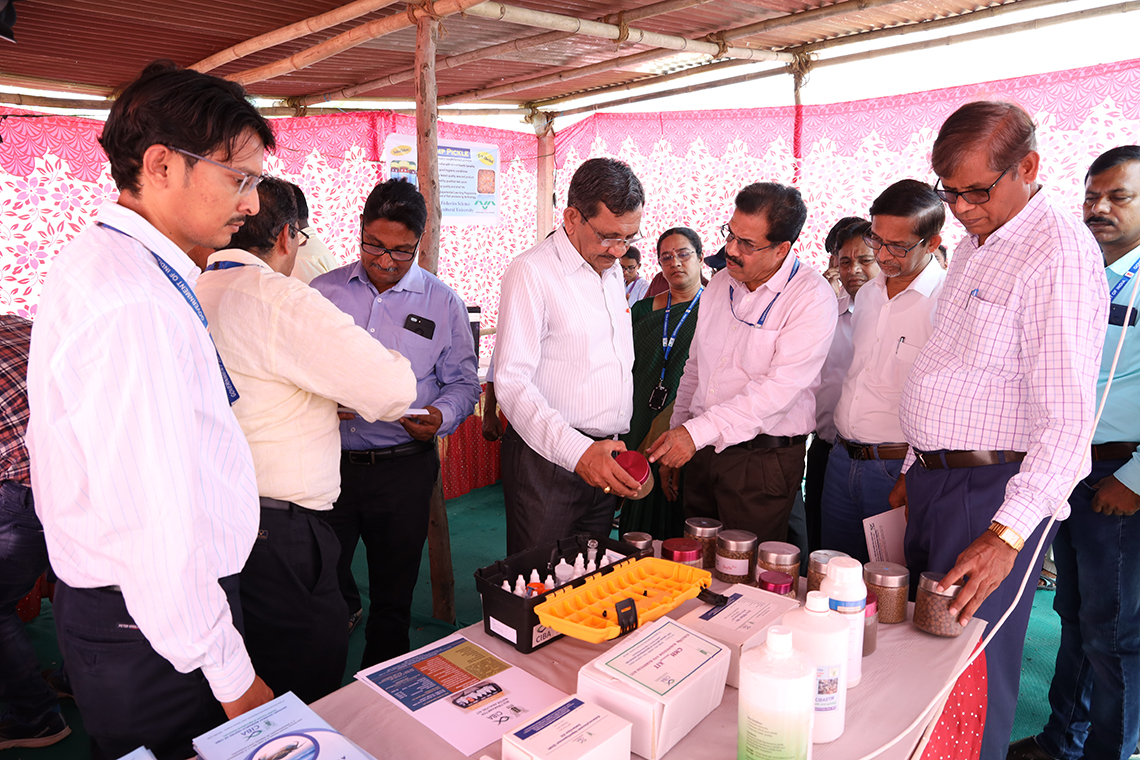 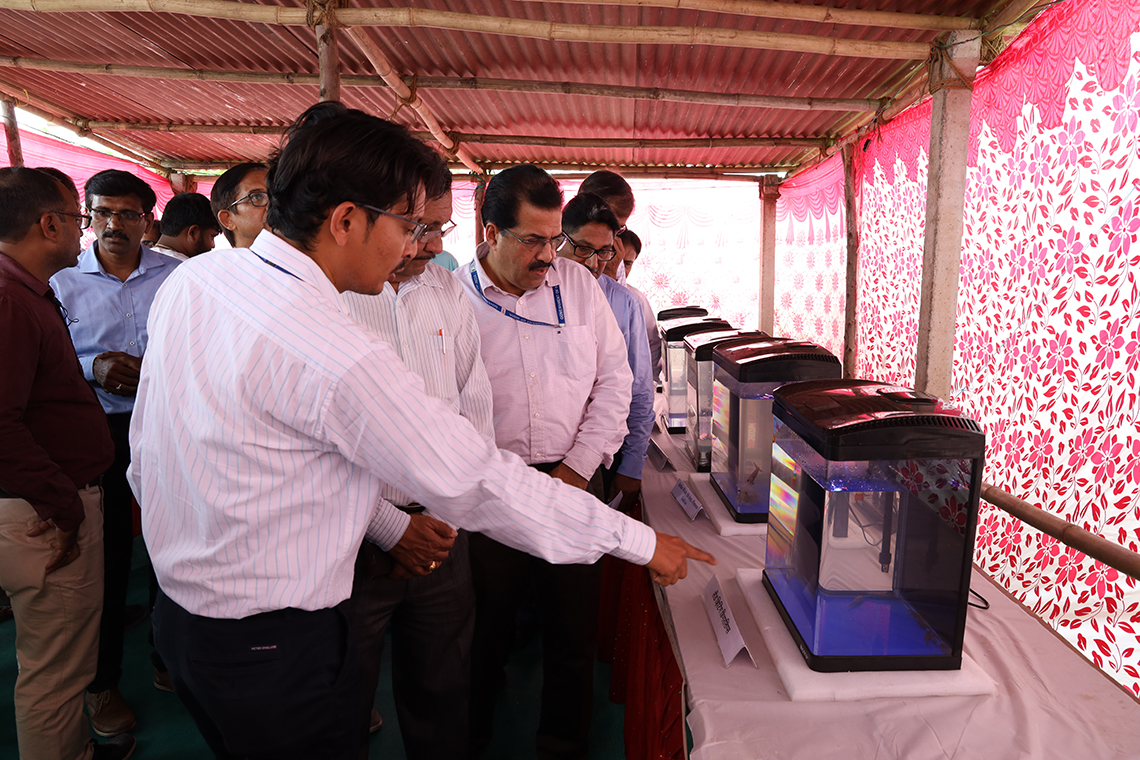 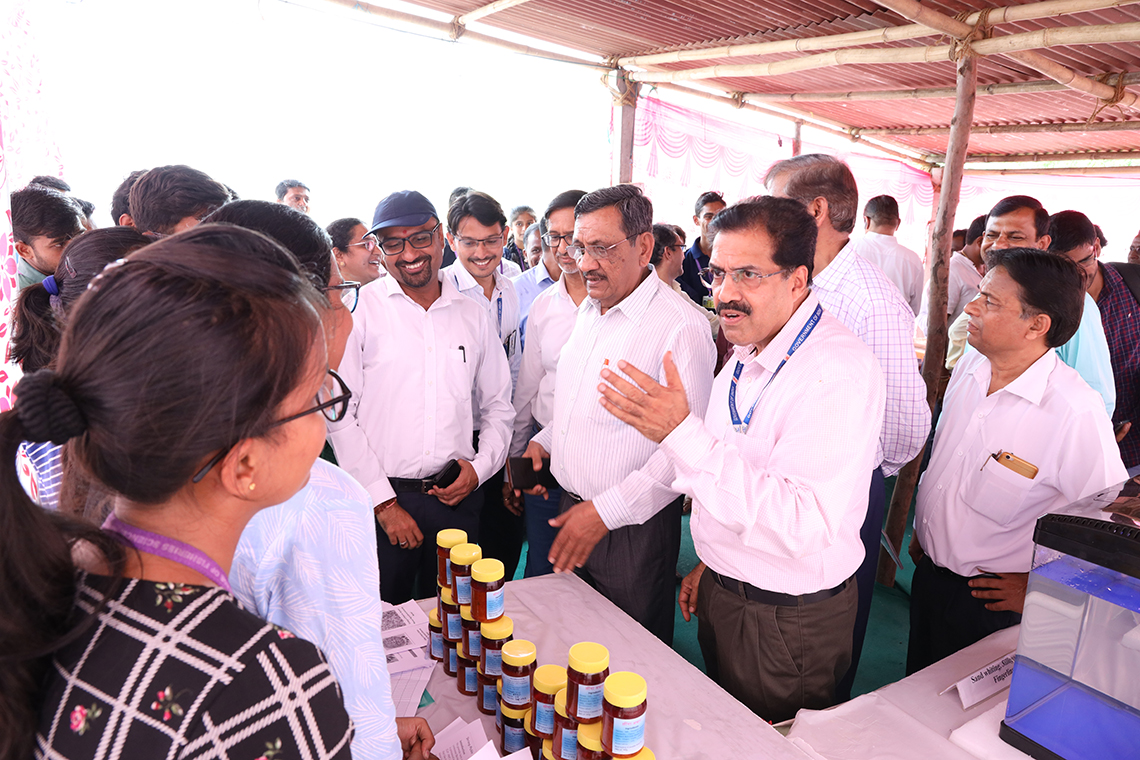 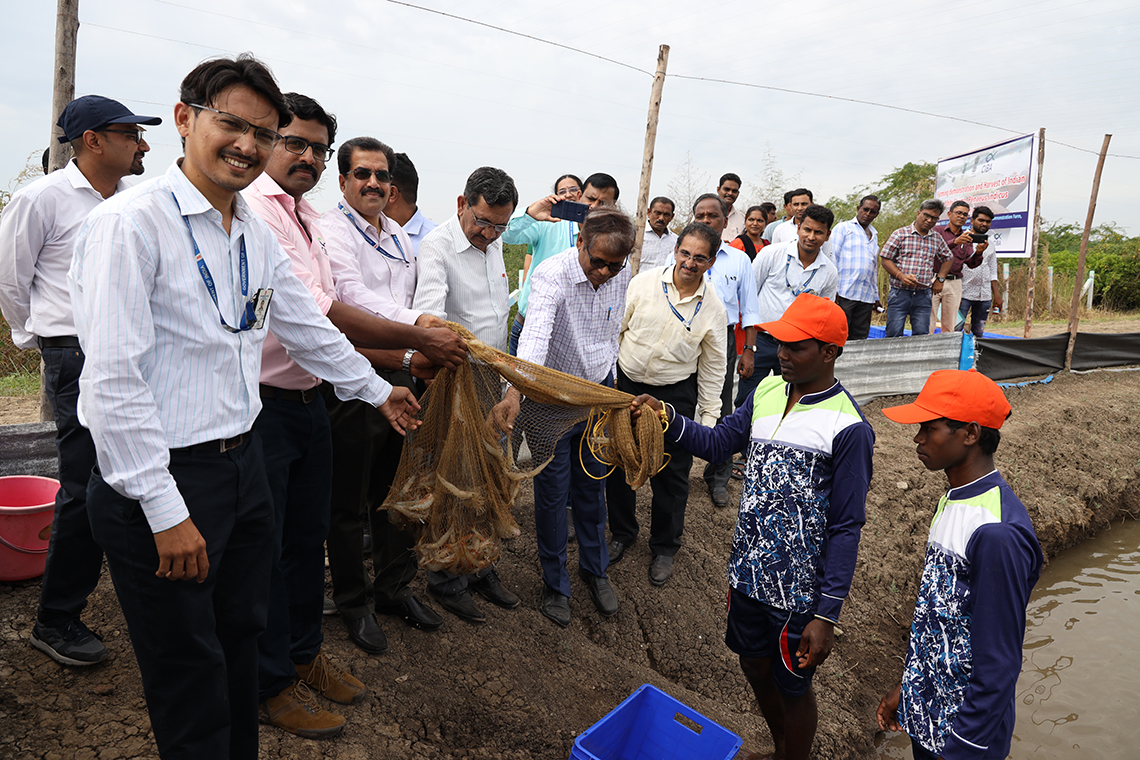 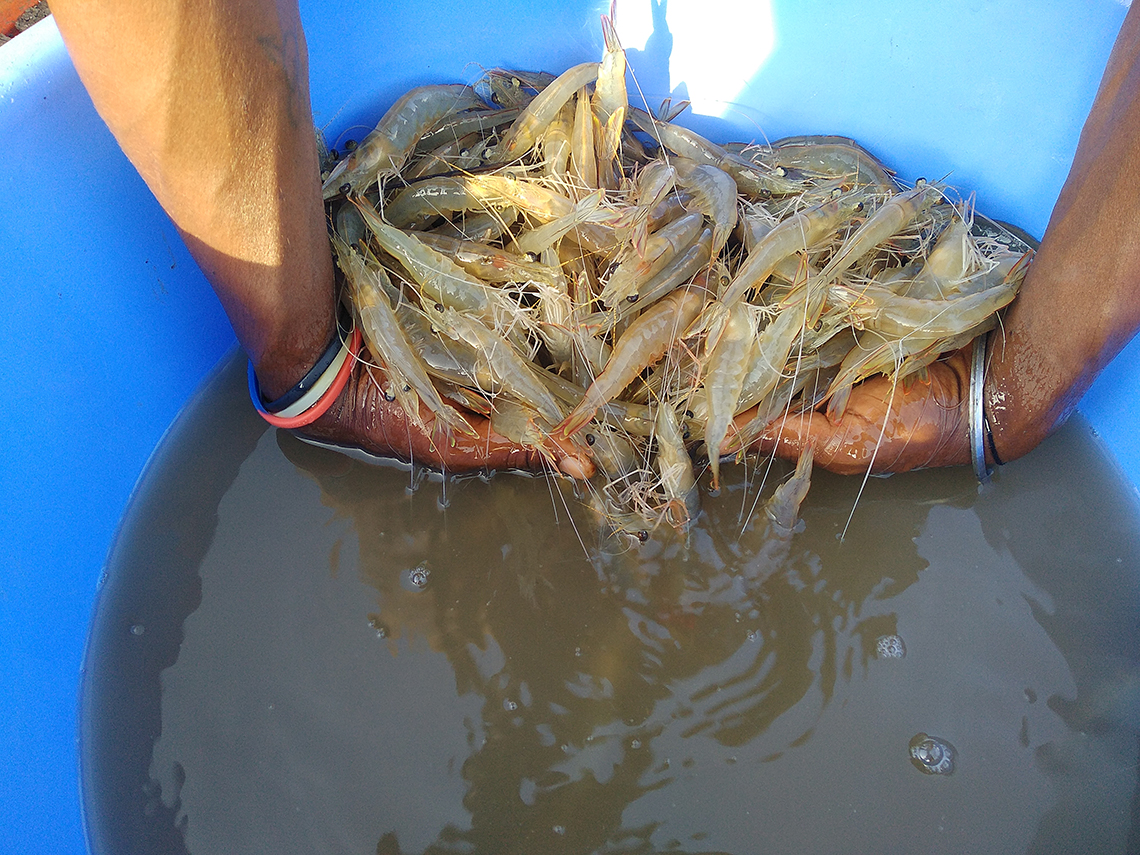 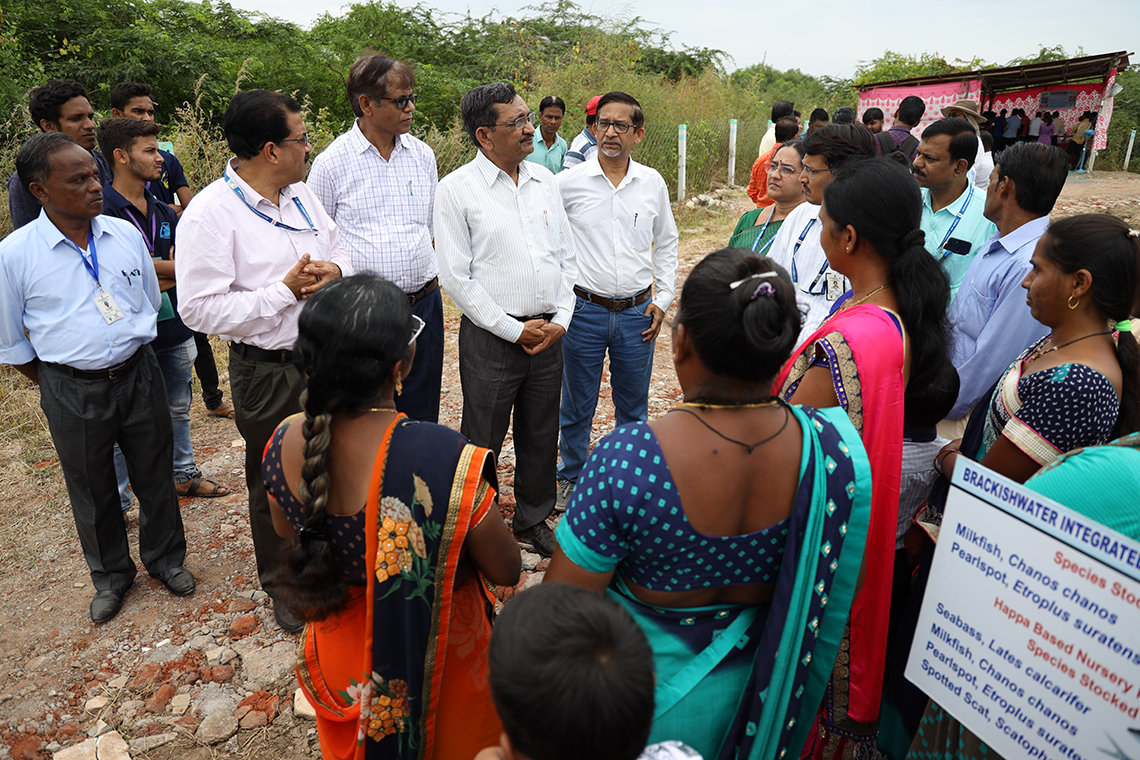 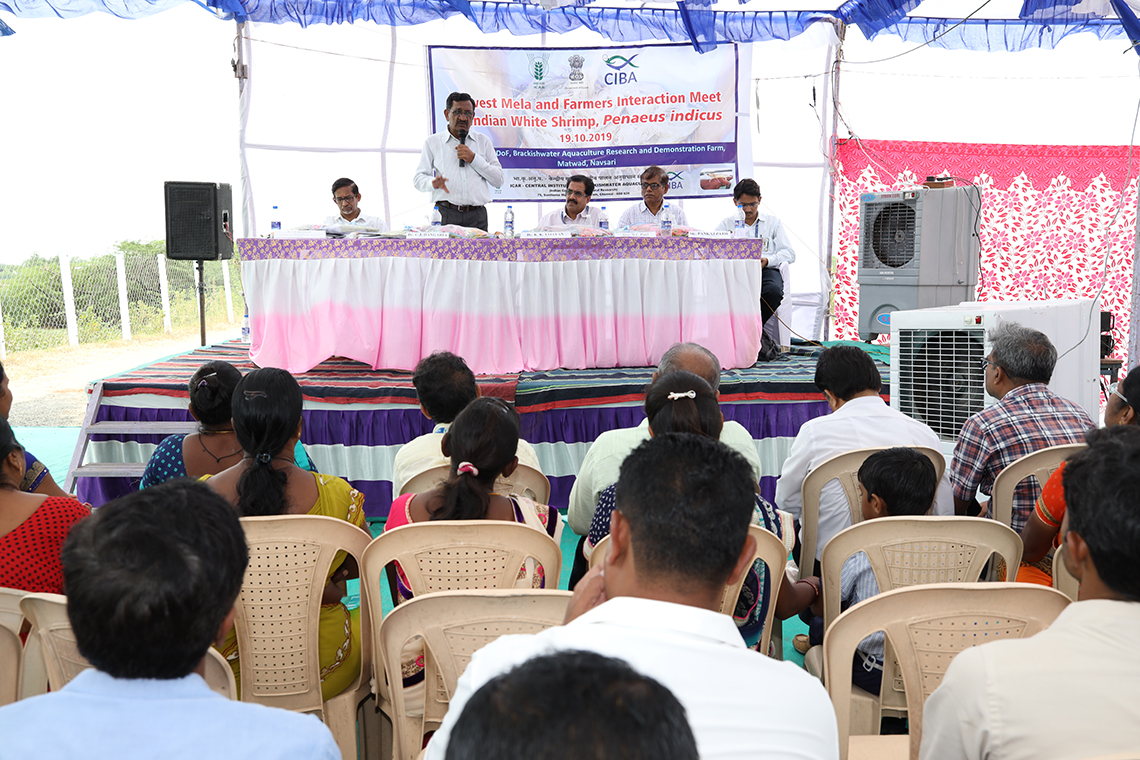 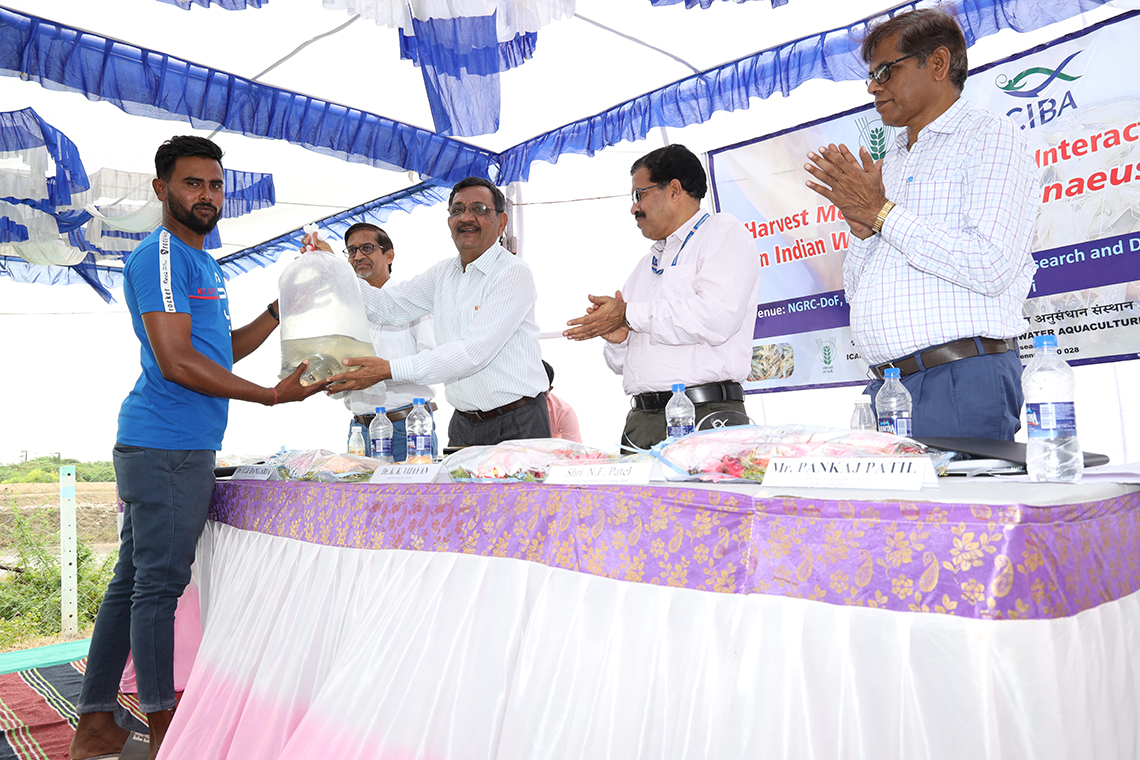 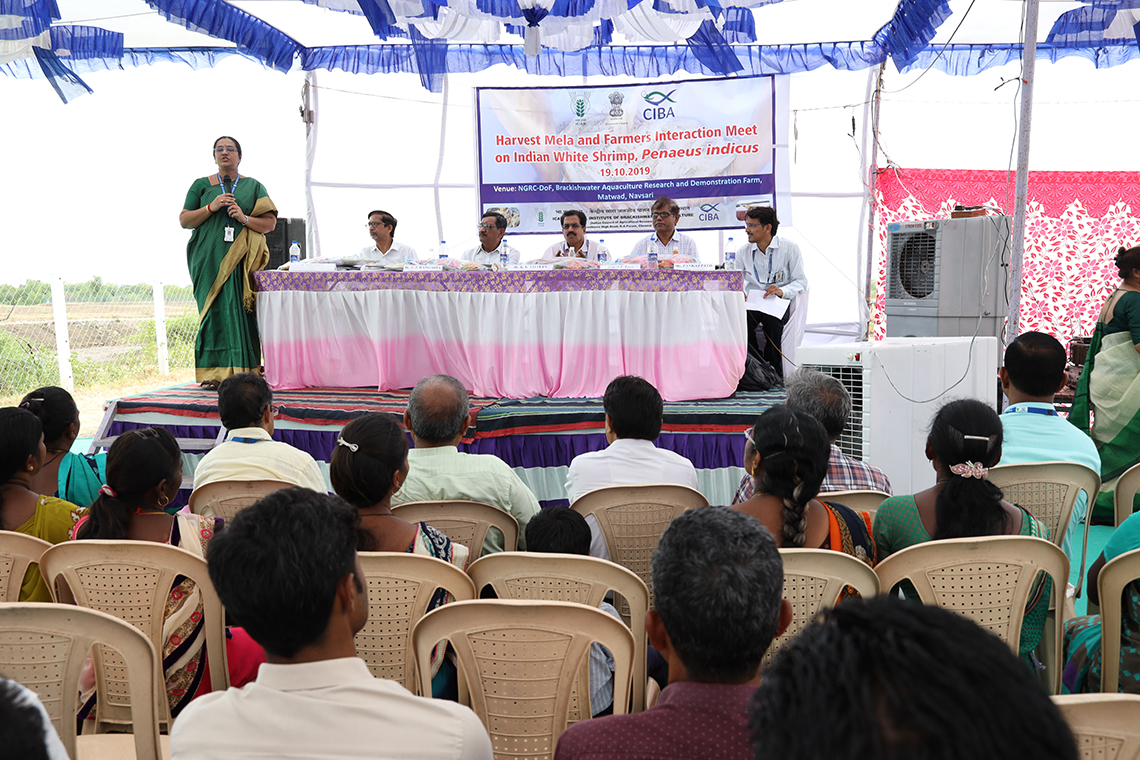 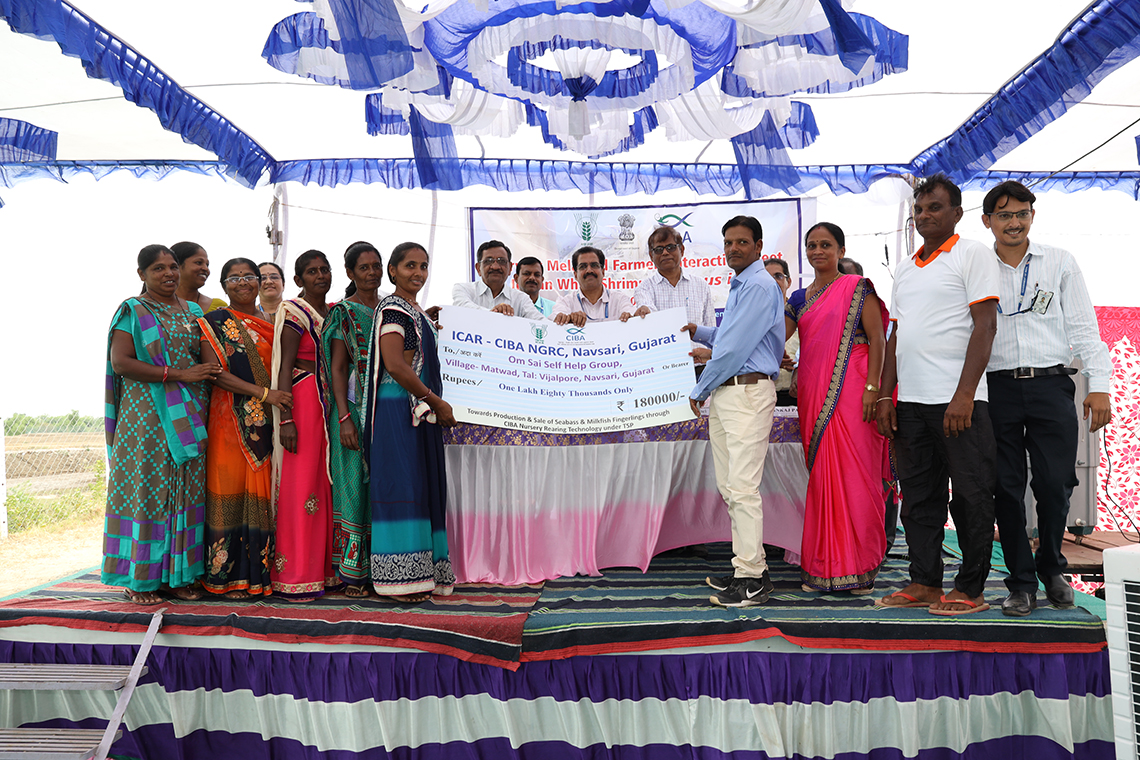