National Farmers Day (Kisan Diwas) is celebrated every year on 23rd December in the honour of Chaudhary Charan Singh who was the fifth Prime Minister of India. Kakdwip Research Centre of ICAR-Central Institute of Brackishwater Aquaculture (CIBA), Kakdwip, West Bengal has organised the Kisan Diwas as an activity of Swachhta Pakhwada at Ganeshnagar village, in South 24 Parganas district, West Bengal by conducting awareness programme on converting fish waste to wealth on 23rd December 2019. Around 60 fish farmers including local panchayat representatives participated in the programme. CIBA staff highlighted the importance of cleanliness in the village and recycling of fish and domestic waste to avoid infections and diseases. They demonstrated the protocol for recycling of fish waste to value added products, PlanktonPlus. During the occasion Mr. Buddhadeb Bhuniya, a farmer from Namkhana, an innovative farmer who adopted PlanktonPlus, a product developed from fish waste shred his experiences with other farmers. Dr. Debasis De, Officer-in-Charge, KRC-CIBA highlighted the objective of Swachh Bharat Mission and the “farm waste to wealth” concept under this mission to utilize farm waste efficiently.  During the programme, PlanktonPlus product was handed over to the progressive fish farmers for using it in freshwater carp culture. At the end of the event, CIBA has distributed the plastic waste collection bin and cleaning materials to panchayat representatives for cleaning the village premises. 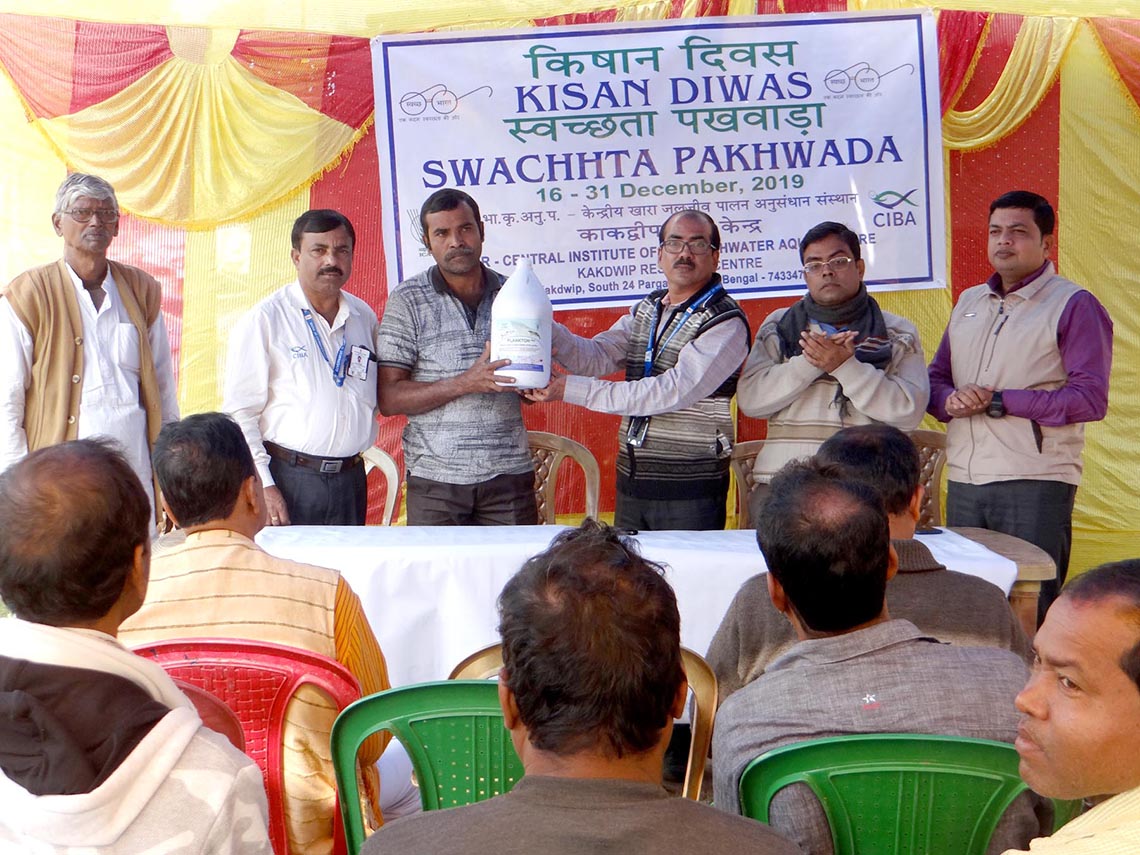 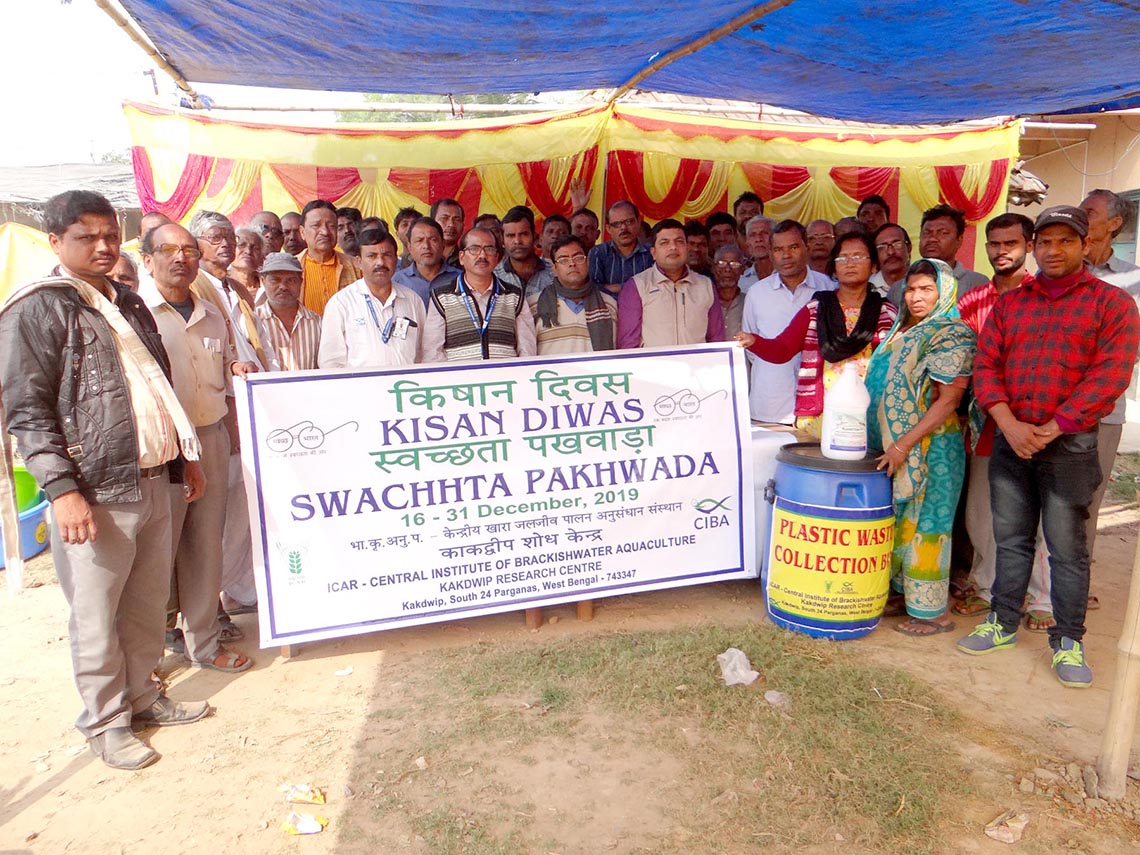