Emphasizing the importance of world ocean day, Dr. K. K. Vijayan, Director, CIBA talked on the role of research initiatives in the conservation of species and aquatic ecosystem, including the ocean. He has pointed out that Ornamental fish trade in the country at large depends on the collection of ornamental fish varieties from the wild, and there are not good models of closing the cycle of the indigenous ornamental species, using breeding and hatchery technology, to make the fish ornamental enterprise a sustainable one. He has also highlighted the importance of partnership programmes between industry and the government research institutions to promote this potential sector. An effort in this direction, CIBA has standardised the technology for breeding and seed production of silver moony (Monos) since 2019, and the species being   a valuable ornamental fish with market demand, has now taken to the ornamental traders for its popularisation. This would set a sustainable model for the ornamental fish breeding and trade in the country

As a first step CIBA has handed over about 500 nos of the hatchery produced seed of silver moony to Mr.Dennis, AQUASSTAR, ornamental traders from Kolathur, Chennai for the trade. During this event, the Technology Series on “Silver Moony, Monodactylus argenteus breeding and seed production” was released by Dr. K. K. Vijayan to increase the awareness on the species characteristics and the technology. Dr. M. Kailasam, Principal Scientist & Head-in-Charge, Finfish Culture Division has briefed about the technology aspects of Monos breeding. All the Head of the Divisions, Unit Heads and scientists of Fish Culture division were present. Mr Dani Thomas, scientist involved in the breeding of the Monos, expressed vote of thanks. 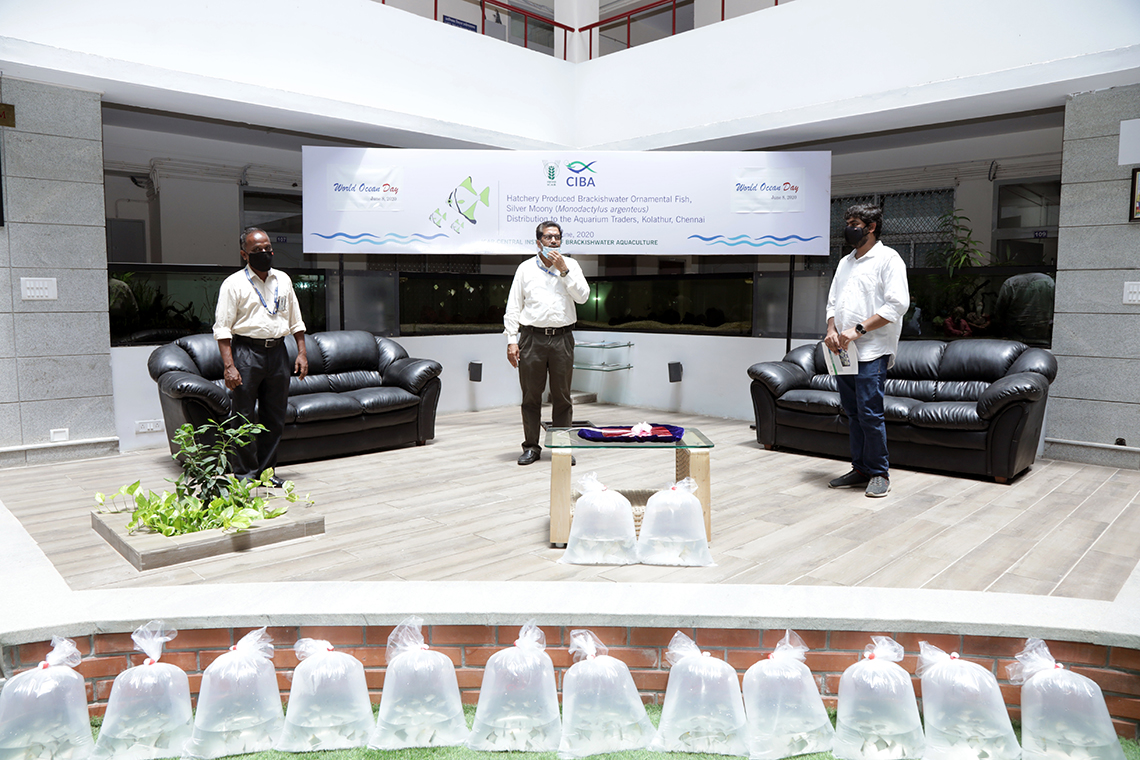 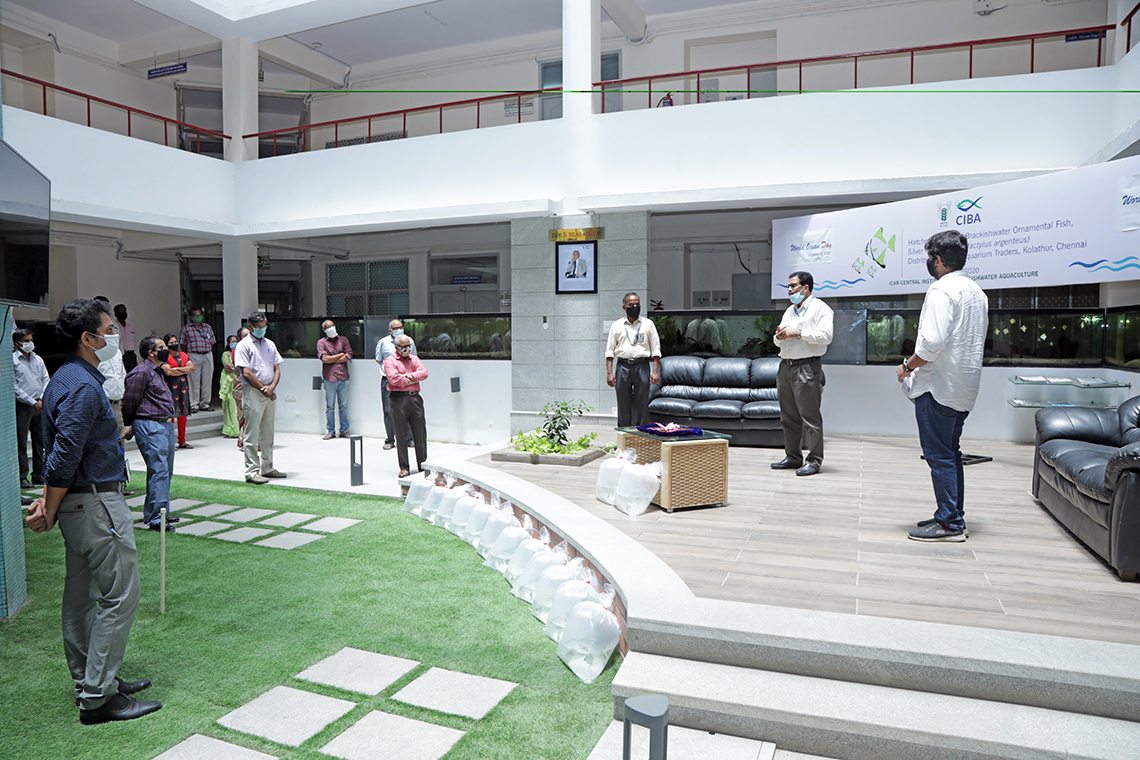