ICAR-CIBA signed a Memorandum of Understanding (MoU) with M/s Salem Microbes Private Limited, Salem, Tamil Nadu on 18th September 2020 for production and marketing of a phage based product developed by the Aquatic Animal Health and Environment Division (AAHED) of CIBA, Chennai.  The phage product is effective for the biocontrol of bacterial diseases in shrimp hatchery settings. ‘Bacteriophages’ also called ‘phages’ in short, are viruses that infect and kill only specific disease causing bacteria, and are an alternative to antibiotics as therapeutic agents in controlling bacterial infections. Bacteriophages and their lytic enzymes have been used for therapy of bacterial infections in humans and animals, as biocontrol agents for food protection, diagnostics and also as tools in molecular biology. Bacteriophage therapy has advantages of being specific to their host bacteria, harmless to other microflora and fauna, and don’t have residual issues as in the case of antibiotics.

In aquaculture hatcheries, bacterial diseases such as vibriosis are significant and often cause considerable economic loss to hatchery operators world over. The “phage prophylaxis and therapy” was developed by CIBA using bacteriophages for the biocontrol of bacterial diseases, particularly vibriosis, in aquaculture settings. Dr. S.V. Alavandi, Principal Scientist and Head, AAHED, CIBA, briefly explained the importance of this new-generation technology for prevention and control of vibriosis particularly in shrimp hatcheries. He mentioned that the formulation comprised of a broad spectrum lytic bacteriophages from aquaculture systems and also from the coastal ecosystems of India and had proven its efficacy in field evaluation trials.

M/s Salem Microbes Pvt Ltd is an established firm and leader in aquaculture and animal husbandry, poultry and aquaculture, involved in research and development, production and marketing of microbial products, with track record of two decades.  The company has been focusing on exploitation of microbes for improved farming productivity and environmental quality. Mr. D.Ramesh Kumar, CEO, M/s Salem Microbes who spoke on the occasion mentioned that he was keen to be partnering with CIBA in scaling up phage technology for the benefit of the aquaculture sector. He mentioned that the phage therapy was safe alternative to tackle the antimicrobial resistance (AMR) issue, for the sustainable shrimp hatchery operations.

Dr K.K. Vijayan, Director CIBA, highlighted on the novelty of the phage technology of CIBA , which comprises of a ‘cocktail of phages’ that can neutralise a wide range of specific pathogenic bacteria in the hatchery settings, thus helping prevention and control of bacterial diseases, replacing the use of antibiotics, which pose  the concern of residues and antimicrobial resistance.  He complimented Salem Microbes for recognising the potential of CIBA in R&D backstopping in brackishwater aquaculture and coming forward to take up the technology. He further stressed on the need for increased collaboration between research institutions and private sector to bring-out novel technology to the stakeholders for sustainable development of Brackishwater aquaculture in the country. Dr.P.K.Patil, Principal Scientist, Technology Management Unit, facilitated the transfer of technology and filing of patent. 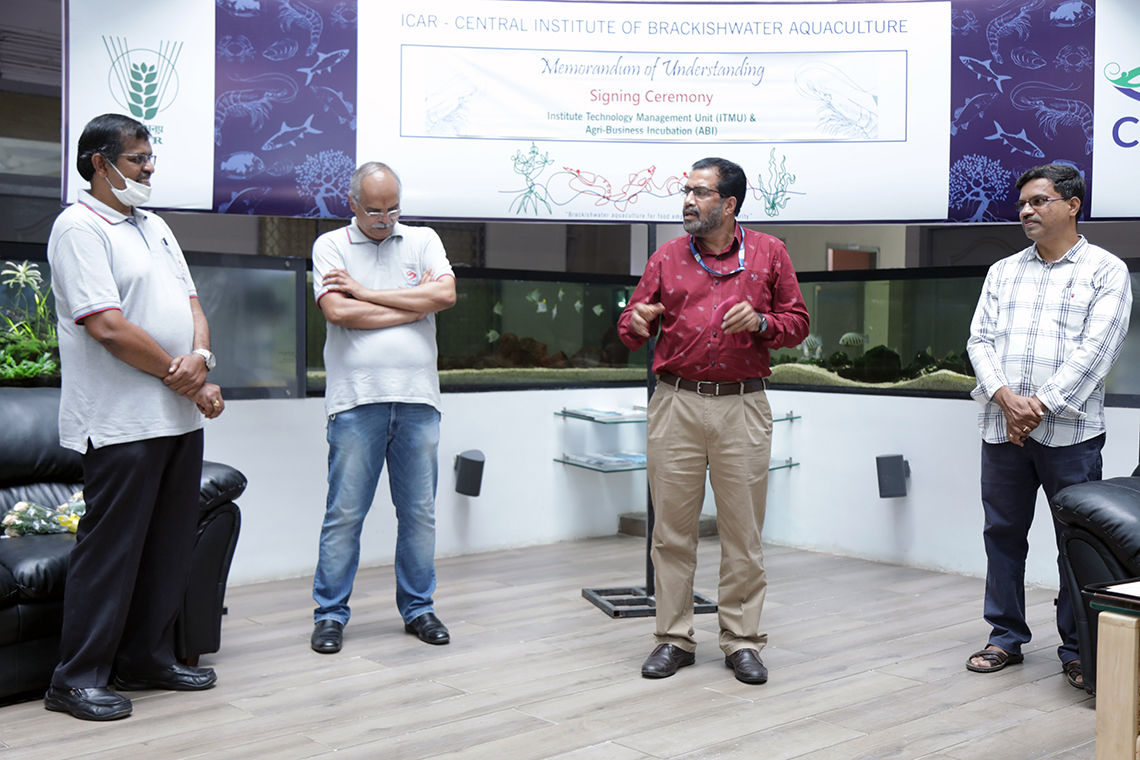 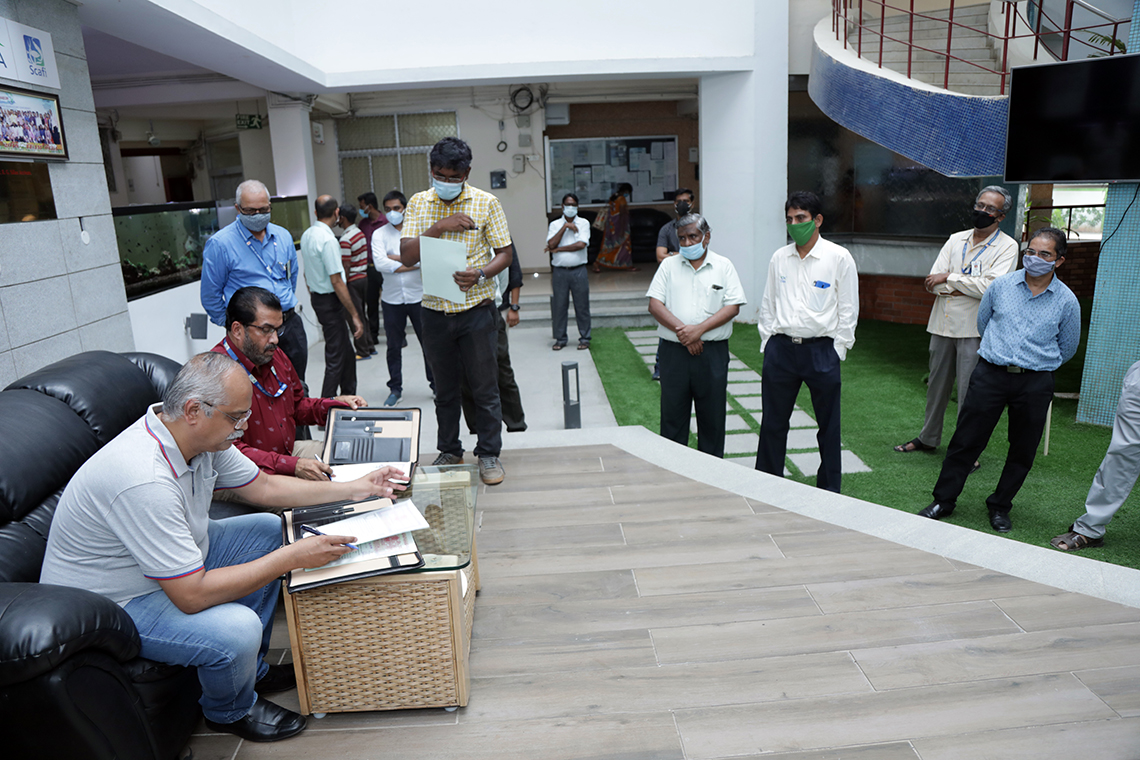