Govt. of Kerala partners with ICAR-CIBA to set up a multi-species fish hatchery

As a step towards boosting the brackishwater fish production in Kerala, the Fisheries Department, Govt. of Kerala signd a MOU with ICAR-CIBA to set up a multi-species fish hatchery for Asian Seabass, Pearlsopt and Milkfish. The MoU was signed between the CIBA and Agency for Development of Aquaculture (ADAK) of the Government of Kerala for the establishment of the hatchery at Odayam in Thiruvananthapuram district, following the initiatives taken by the Hon’Ble Fisheries Minister, Kerala Smt. J Mercykutty Amma. According to the MoU, the CIBA will provide scientific and technical support to the government for developing captive breeding and seed production of above said fish species. The hatchery will target seed production of these species throughout the season enabling continuous seed production. In addition to being a seed production centre, the partnership between CIBA and the state government also aims to support critical human resources development in the niche area through regular and continuous hands-on training programmes.

Dr. K.K. Vijayan, Director, CIBA described CIBA’s linkage as a knowledge partner with the Kerala government a ‘game-changer’ in the state’s brackishwater aquaculture sector. Kerala is endowed with rich brackishwater resources to the tune of 1.26 lakh ha. Since timely availability of fish seeds in sufficient quantity is a major constraint, this partnership is expected to bridge that gap. The establishment of the multi-species hatchery is timely and will provide a stimulus for augmenting brackishwater finfish production in the state along with livelihood generation. Smt. Tinku Biswal, IAS, Secretary to the Department of Fisheries and Chairperson of the Executive Committee of the ADAK said the proposed hatchery will help to boost the sustainable brackishwater fish production in the state as it addresses the critical issue being faced by the fish farmers. Dr M. Kailasam, Principal Scientist & Head-in-Charge of Fish Culture Division of CIBA, said fish species such as seabass, milkfish and pearlspot are ideal for farming in Kerala, considering the resilient nature of the species to changing salinities and their market demand in the state. Dr Dinesan Cheruvat, Executive Director of the ADAK hoped that the agency would build up more technology partnerships with CIBA in the areas such as hatchery, indigenous feeds, aquatic animal health and stock improvement in near future. 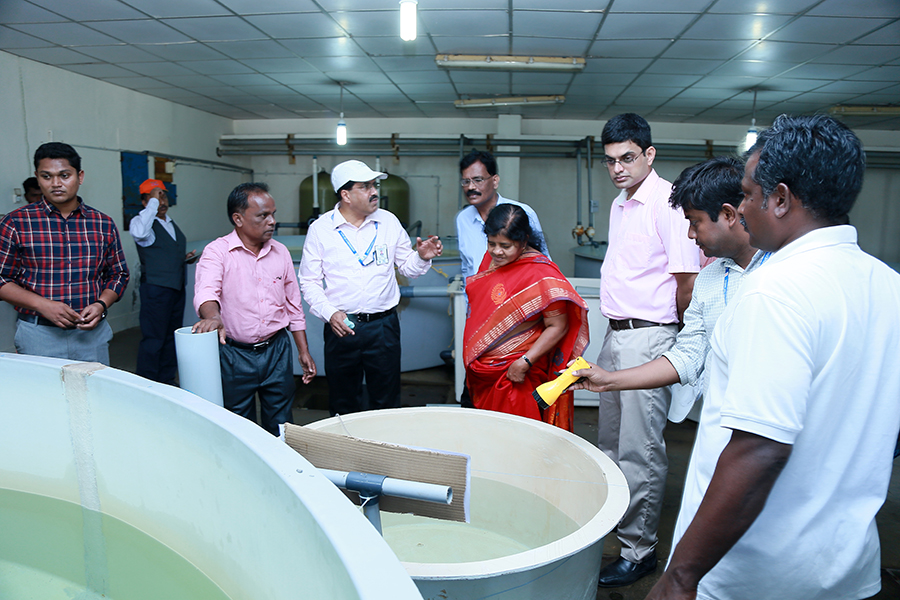