Shri.Giriraj Singh, Hon’ble Union Minister of Fisheries, Animal Husbandry & Dairying (MOFAHD), Govt. of India visited Muttukadu Experimental facilities of ICAR-CIBA on 21st January 2021 and had discussions with scientist on the new development in R&D at the institute. Mr Singh visited the shrimp and finfish hatchery complex located at the Muttukadu Experimental Station of CIBA, showed special interest in the breeding and farming of Indian white shrimp (Penaeus indicus) initiated by CIBA. He has emphasized to initiate a jump start programme on the hatchery production of seed and farming of P. indicus, for the benefit of Indian shrimp farmers. After visiting finfish hatchery, he appreciated the initiatives by CIBA in the development of indigenous hatchery technologies of farmed fishes, and handed-over the seabass seeds produced by CIBA to the farmers and complimented that CIBA is working in tandem with the sectoral requirements.

The Honorable Minister asked the scientists and fishery ministry officials to come out with a ‘Fast Track mode’ programme on breeding and seed production of Indian White shrimp (Penaeus indicus) and promotion of its farming. Subsequently a flagship programme on Selective breeding of Indian white shrimp should be implemented, preferable through a consortium, where CIBA can lead the programme as a R&D partner. Similarly, brood stock development and seed production of brackishwater finfish candidate species like Seabass, Milk fish, Pearl spot are very important for diversification of the sector and the Ministry of Fisheries would support CIBA initiatives, he declared during the interaction. During the occasion, the Minister released the import substitute of shrimp larval feed using ‘Black Soldier Fly meal’ developed by CIBA, partnering with a ‘Soldier Fly Startup’, the Minister appreciated the startup initiative by a team of young graduates from Anna University, Chennai. 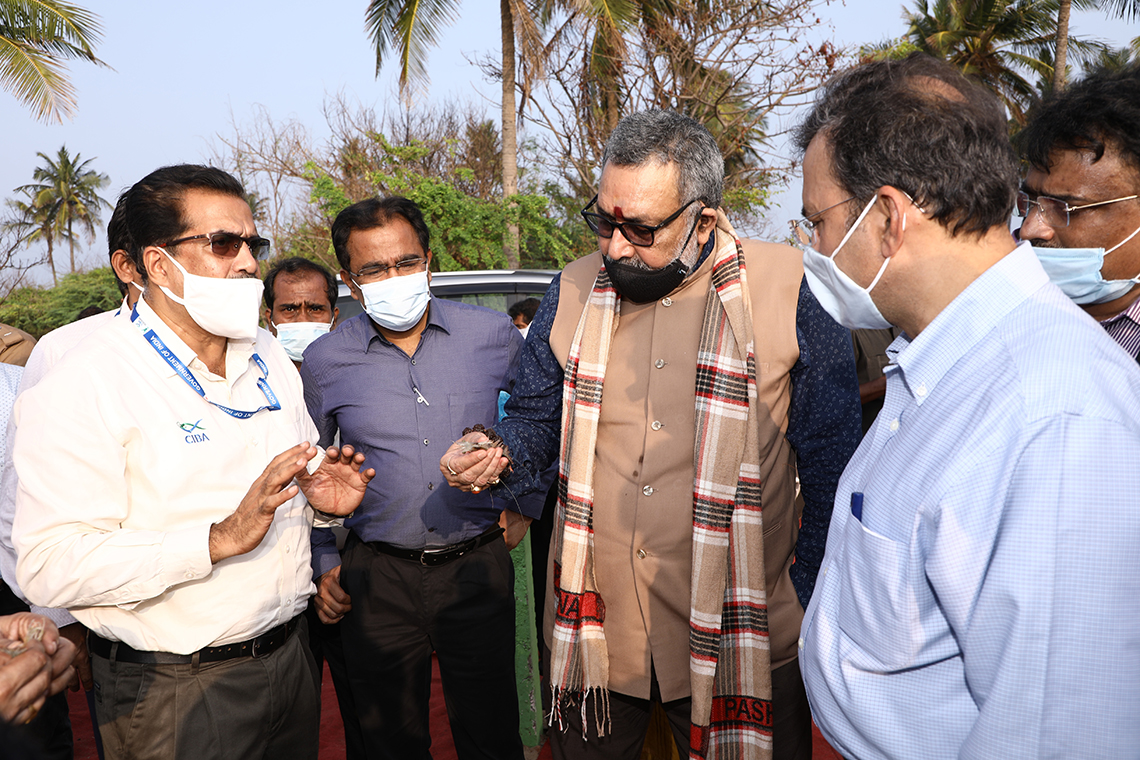 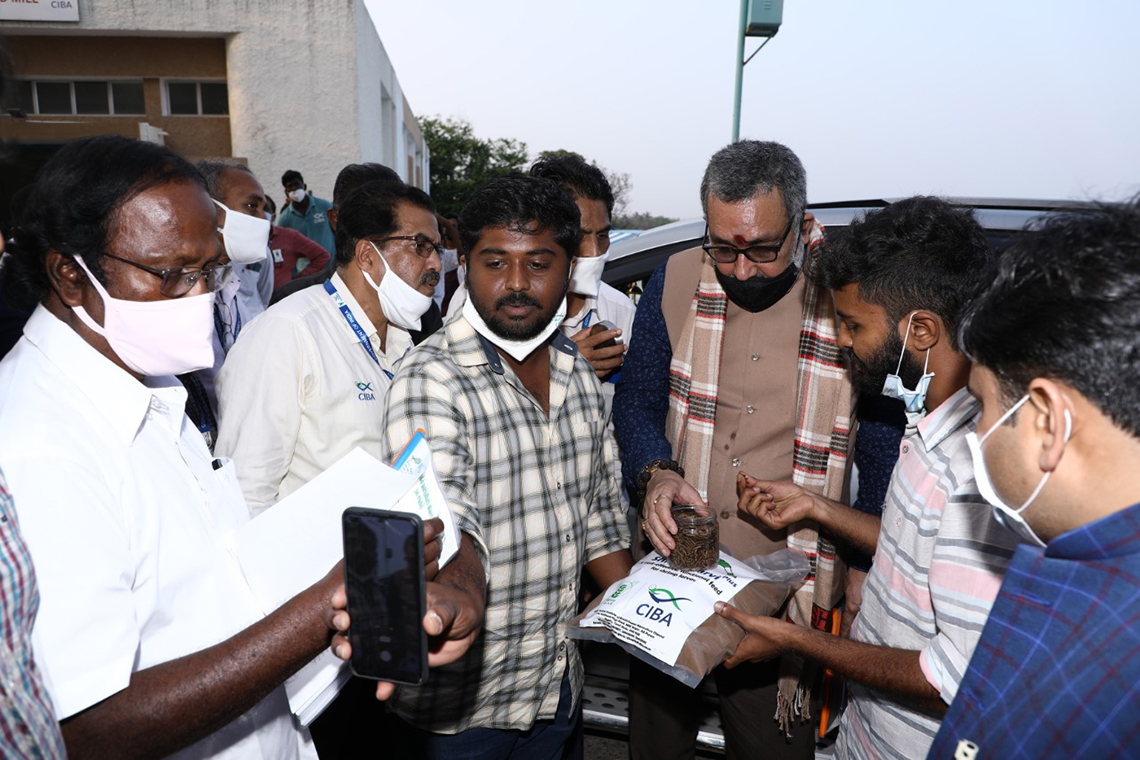 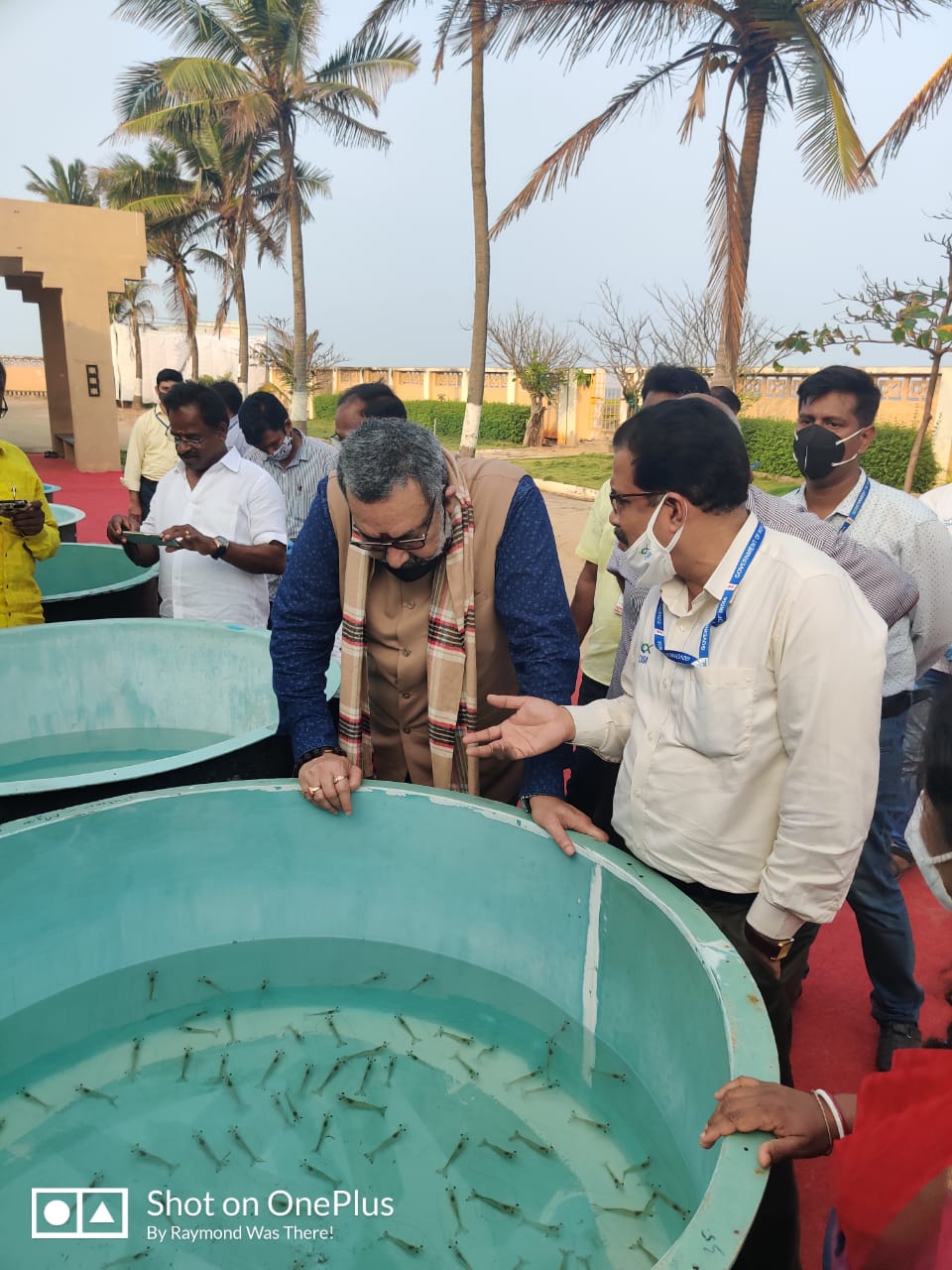